Alpine is wrong about Alonso 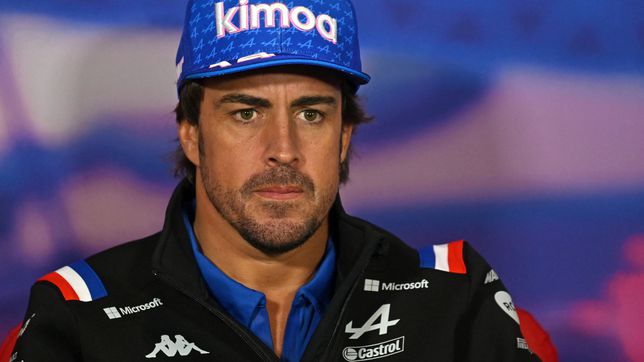 Aston Martin is unknown in 2023. Ninth car now in the constructors' standings with Vettel and Stroll. They have executed a few important signings

Aston Martin is unknown in 2023. Ninth car now in the constructors’ standings with Vettel and Stroll. They have executed a few important signings for the factory, starting with Dan Fallows, Red Bull’s former chief of aerodynamics, but it is difficult to speak today, hot, of an exciting project when a few days ago, at the Hungaroring, it was Alonso himself who was referring to Alpine as the “priority” for the coming year. Fernando insisted that when two parties want to reach an agreement, “the negotiation takes ten minutes.” It is now clear that there was never an agreement, that the tense talks heralded a break. But very few knew it: on Sunday afternoon, in the same Hungarian paddock, Szafnauer assured that “small details” were missing to close the Asturian’s renewal.

Alpine did not give love to Alonso. For the constant praise or comparisons with Piastri, Formula 2 champion with zero grand prix in Formula 1; plus the four-year deal for Ocon as a star of the future, who has regularly trailed the Spaniard this season regardless of what the points table says. In addition, Fernando signed for Renault with Cyril Abiteboul, Marcin Budkowski and Alain Prost; not for the Alpine of a Laurent Rossi who has eliminated all the discordant voices, and now also Otmar Szafnauer. Possibly it didn’t help the suggestion of sending him to the WEC after F1, that proposal equivalent to saving Piastri’s seat for a season or two. It is clear that the economic proposal was not up to par either. The signing of Alonso by Aston Martin, rather than the success of the British firm, is a big mistake by the Enstone factory.

Formula 1: Changes in the Abu Dhabi circuit for the definition of the championship | The route was shortened and the curves were reduced; the return will be faster
the luxurious lifestyle of the new king of Formula 1
F1 2022: Checo Prez and Max Verstappen, dissatisfied with what happened in Australia
FORMULA 1 1937