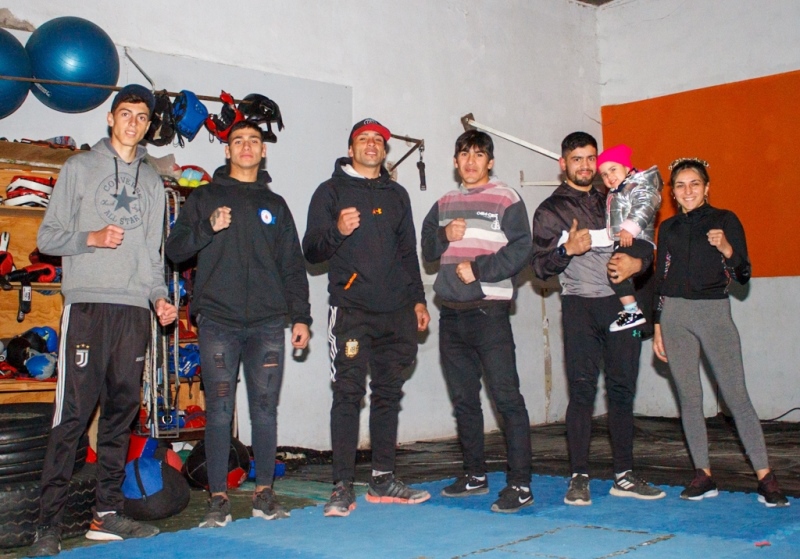 Next Friday, May 20, the city of Tres Arroyos will once again experience an evening of amateur boxing, after a long time without matches of these characteristics. Organized by Mario Cepeda, the former boxer who has been teaching classes at the Student Club for years, the activity will feature at least seven fights between local athletes facing rivals from the region.

The venue will be Club de Pelota, a historic stronghold of amateur boxing in the city, and it will begin at 9:00 p.m. with a canteen service.

To find out in detail what the proposal is about, we spoke with the organizer. “We put this together with the collaboration of the work group that my partner is in and several of the students from the school that works in Student facilities. We have the support of the Sports Department, which gives us the ring. We We take care of what the organization is”.

Mario added that “it’s been a long time since amateur festivals have been held. Until a few years ago we used to have up to three evenings a year, two here and one in Claromecó, but all of a sudden they stopped being held.”

Regarding the reasons for the long hiatus, he analyzed that “we must bear in mind that many boys became professionals. And that when Tito Lemos fights there is usually some amateur combat within the professional fights, but very little. That is why we decided to organize this, with the desire to be able to give it continuity. Especially since there are several amateur boys but they have to go out and fight outside”.

The evening will feature seven local fighters who will face another seven who come from other towns such as Necochea, Olavarría, Benito Juárez. Among those confirmed are Eugenia Lemos, Aldana Lird, Luciano Villán, Juan B. Remón, Alex Tomalino, Valentín Ulibarre, Carlos Laurie and Hugo Ramos.

Finally, Mario once again stressed that the idea of ​​organizing this boxing match is “to be able to give space to the large number of amateur athletes in Tres Arroyos, also seeking to be able to show the evolution of women’s boxing, with some exponents who need filming to confirm their very nice present.”

Tags: politics, world, news
Neymar gets on the boom and buys two “furor” tokens
more than a summer love?
what they are and how they are used to buy and sell tickets
BOXING 2649

Loading...
Newer Post
FA Cup: The history of the oldest tournament in the world
Older Post
NBA: Know all the titles won by Dennis Rodman | Basketball 123