Amateur soccer referee is stabbed by a fan in Putaendo

A complex event was experienced this weekend during an amateur soccer game in Putaendo, an area in the interior of the Fif

A complex event was experienced this weekend during an amateur soccer game in Putaendo, an area in the interior of the Fifth Region, where a fan stabbed a referee.

at the end of the meeting between the Inter Sporting clubs of Quebrada de Herrera and the Club Deportivo América de Piguchéntwo first-team fans moved into the locker room and pounced on the match judge, who they attacked with blows of feet and fistsaccording to the regional media outlet Putaendo Informa.

After that, one of the fans pulled out a knife with which he stabbed the referee in the chest and one of his hands, resulting in only minor injuries as confirmed at the San Antonio de Putaendo Hospital. The aggressors have been identified and were reported to the Prosecutor’s Office, considering that there are also records.

Mentions of sport in the first Public Account of President Boric: school infrastructure and the Santiago 2023 Pan American Games 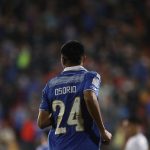 The nuisance in amateur football in the Fifth Region

After learning of the report of the referee who was attacked and after meetings with the Putaendo Football Association, The Regional Association of Amateur Soccer (ARFA) of the Fifth Region expressed itself before what happened.

“The determination has been made to suspend all official sports activity of our organizationwhich includes each of the fifty member associations”, they raised in annoyance at the acts of violence against the judges, in addition to pointing out similar situations towards leaders, players and partners.

“Measure will be maintained until it is certain that conditions exist to hold football matches and protect the safety of its participants”, they expressed in ARFA through a statement. 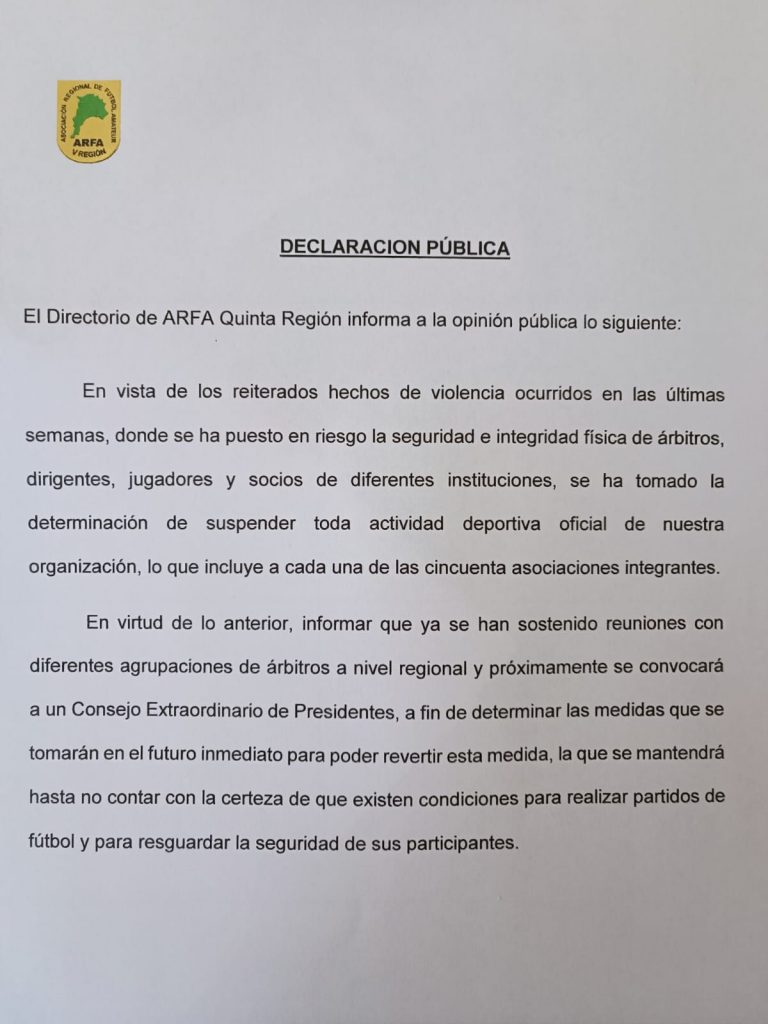 Tags: Amateur Soccer, ARFA, referee
Boxing referee receives an accidental blow to the chest and is removed on a stretcher
Meet Blanca Burns: the first Mexican NBA referee
Draymond Green was fined by the league after yelling at a referee
FOOTBALL 2709