An Argentine defeated his rival by KO, won his first contract with the UFC and dedicated the victory to his mother 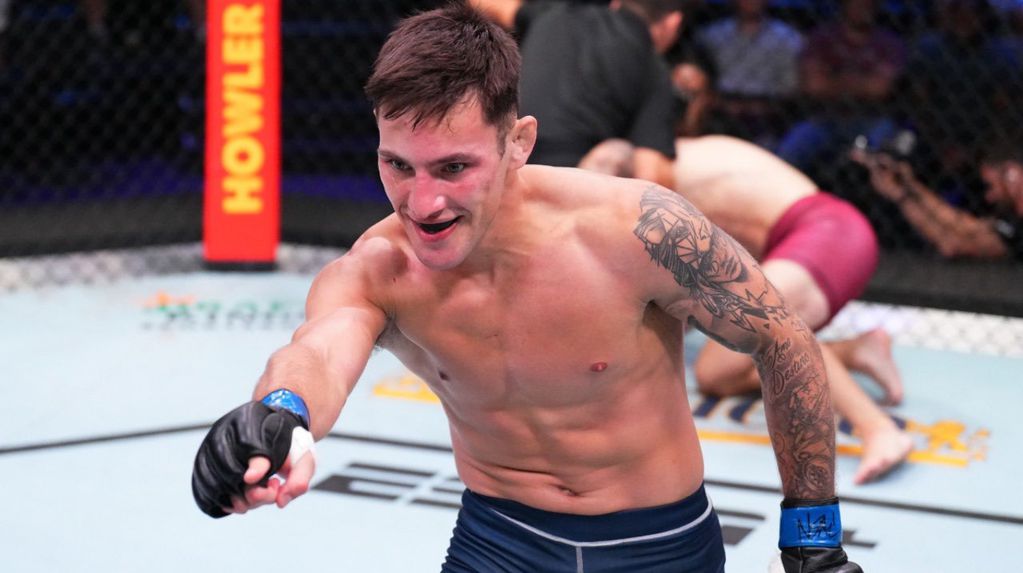 Salta fighter Esteban Ribovics, 26, born in Tartagal, knocked out Briton Thomas Paull last night in Las Vegas in the first round of their fight and

Salta fighter Esteban Ribovics, 26, born in Tartagal, knocked out Briton Thomas Paull last night in Las Vegas in the first round of their fight and signed his first contract with the UFC.

The Salta fighter fought in the lightweight category in the reality show Dana White’s Contender Series, organized by the CEO of the MMA company, and due to his good presentation at the Apex in Las Vegas, he obtained a contract at the highest level.

Ribovics is a true “machine”: he is 11-0 with all his fights won before the judges’ definition (five submissions and six knockouts).

Two months ago he left the Alfa Team in Córdoba for Sanford MMA, in Miami, Florida. “Several people helped me, including family, friends and sponsors. Everyone contributed a little so that I can accomplish this”, Ribovics said about how he managed to make this trip and also cope with the stay.

His colleague Emiliano Sordi, winner of the belt and the million dollars in PFL in 2020, with whom he currently lives and whom he knew from Córdoba, helped him get that chance. He told his manager, the well-known Ali Abdelaziz, about the Gringo.

“He saw my last two fights and he liked it. He supported me, told me if he wanted me to represent him and got me the opportunity. He told me if he wanted to enter the Contender and I said yes. Also all for my record, if you don’t have a good record they won’t call you. Dana White has to like the prospects”, explained the Salta native.

Ribovics’ last fight before this great opportunity in Las Vegas was in February of this year against Franco Aranda at Samurai Fight House, with a knockout in 27 seconds. And the previous one, in December 2020 in just 7 seconds, to obtain the FFC (Fusion Fighting Championship) title in Peru.

Before the fight with Thomas Paull, Ribovics had said how important it would be to win: “Being there in Las Vegas would already change my life, but if I win the contract it would change a lot more. I’m going to go out the same, to rip the other’s head off, ”he said. And he did.

Esteban Ribovics dedicated his great triumph to his mother: “I’m going to return every drop of sweat for what you did for me”

Esteban Ribovics dedicated the victory to his mother

Tags: mixed martial arts, UFC
MMA fight between man and woman causes controversy on social networks
Legion MMA returns to action in style in Venezuela | Other Sports 123
Irene Aldana will no longer face Germaine De Randamie at UFC 268 due to a physical injury to the Dutch
UFC/MMA 1233