An MMA fighter is left without a testicle by a blow 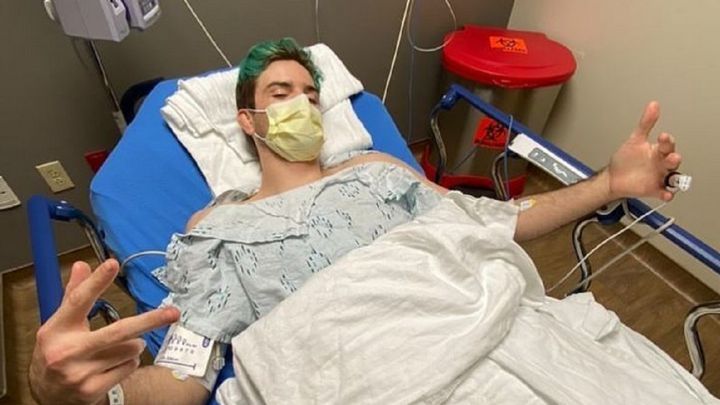 An MMA fighter is left without a testicle by a blow


Christian Lohsen suffered this Friday the injury that caused the removal

In his personal Instagram account, the American has expressed that “I do not recommend anyone to go through this”

Christian ‘Hollywood’ Lohsen, MMA fighter, He suffered a spectacular injury this Friday in a training session. The boy born in Florida 26 years ago, he was hit with a knee to his testicleswhich ended up causing the loss of his left testiclewhich had to be finally removed.

In his personal Instagram account, the American has expressed that “I do not recommend anyone to go through this”, in a publication that accompanied a photo of him just out of the operating room. The surgery went smoothly and the wrestler is now in a state of recovery.

“Thanks to everyone who helped me get to the hospital. I’m fine at home, resting, the operation was successful. The doctor said I will not lose testosterone or the ability to have children because of this,” he said. And he even allowed himself a bit of humor: “If I lose the other, things will be different so, from now on, if you hit me in my testicle we are not friends,” reads the full text.

Also, many MMA stars have supported him on social networks. Among them the veteran mike perrywhich wrote: “Your sacrifices will be rewarded, they have to be.” Ben Saunders He sent her “a lot of positivity.” “I want to thank everyone for their wishes,” Lohsen thanked, closing with the hashtag #1Nut2NutsDoesntMatterWillBeAChampion, which means something like “with a testicle or two, it doesn’t matter, I’ll be champion.”

Tags: Christian, without, MMA
Pacquiao revealed that he made his boxing debut illegally: ‘He was poor, he wanted to eat’
MMA Fighter “Unvaccinated Killer” Stabbed Doctor with Animal Bone
National MMA fighter signs a contract with an American company
UFC/MMA 1083

Loading...
Newer Post
Former multi-champion with Colo-Colo does not return to Chilean football and was made official as a reinforcement of Madrid CFF
Older Post
The pick in the Boston Celtics NBA Draft 2022: JD Davison