An NBA champion with Michael Jordan enjoys his vacation in Cambados 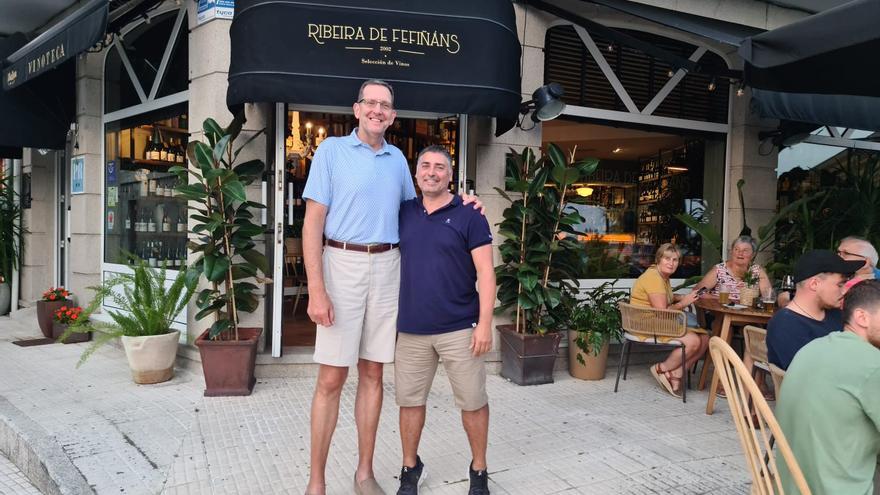 That Galicia is very fashionable this summer is all evidence. An example of this is that in recent hours a four-time NBA champio

That Galicia is very fashionable this summer is all evidence. An example of this is that in recent hours a four-time NBA champion has been seen walking through Cambados, three of them defending the Chicago Bulls jersey together with Michael Jordan in those early 90s.

Will Perdue was recognized by many Cambadeses. His 213 centimeters in height became the first sign that he was a former basketball player, but it was not just one more, but someone who was also the 1999 NBA champion defending the colors of the San Antonio Spurs along with to Tim Duncan, David Robinson or Steve Kerr himself, current coach of the Golden State Warriors and of whom he was also a teammate in Chicago.

In addition, Perdue was also the center of attention once he retired when talking about a fight he had with Michael Jordan himself in training and after highlighting the insatiable winning character of the Bulls’ 23 that even led him to face his own teammates.

The kindness shown by the one who was a solid center with a thirteen season career in the NBA did not go unnoticed either. He responded to all the requests for photographs for which he was requested while he continued to enjoy the Cambadés sunset with his family.

Tags: NBA, Michael, Jordan
Ancelotti and the armed block of the LaLiga soccer champion
National golf promise needs help to go to the US – Radio report 3
Verstappen, F1 world champion, will put his car up for sale
NBA 3181