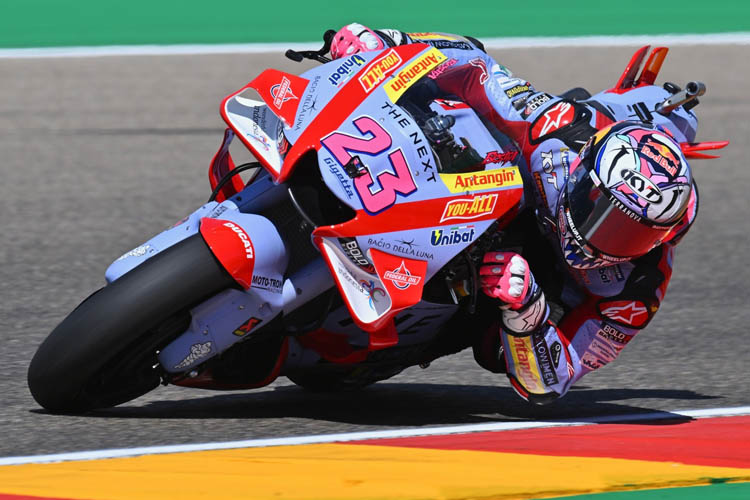 What a comeback Bagnaia is making in this second part of the World Cup. In the last five races, he has added 120 of a possible 125 points, while Q

What a comeback Bagnaia is making in this second part of the World Cup. In the last five races, he has added 120 of a possible 125 points, while Quartararo, in the same races, has only added 39 points. Nothing less than 81 points has cut the Frenchman in the general, and that has meant that, with 5 races to go, the world championship is only 10 points, when a few months ago, it seemed that the Frenchman was going to take another triumphant ride for this year’s World Cup, and he was going to reissue his crown with practically no opposition.

Enea Bastianini has scored her fourth win of the season after winning at MotorLand Aragón.

In addition, there was the circumstance that the script of the world past was being repeated a bit in which Quartararo would have made his regularity his particular flag, and Bagnaia was unable to find that regularity, and his drive was based on arreones, winning races, to then have other mediocre races or simply not score points, but this year, despite the fact that Bagnaia started the season like last year, in the middle of the season he has put his batteries into a beastly way, and Right now there is no one on the MotoGP grid able to take a victory away from the Italian rider…except perhaps his next teammate, Bastianini.

Pecco Bagnaia has achieved pole position at MotorLand and threatens to cut another good sack of points from Fabio Quartararo.

Again a mediocre result for Miller, in a mediocre season for the Australian. I don’t think Miller will get another chance to be on a top bike again in his racing career, and we may be at the beginning of the Australian rider’s decline, especially as there are a lot of young people pushing from behind and looking for seats in MotoGP. , seats that are very limited. 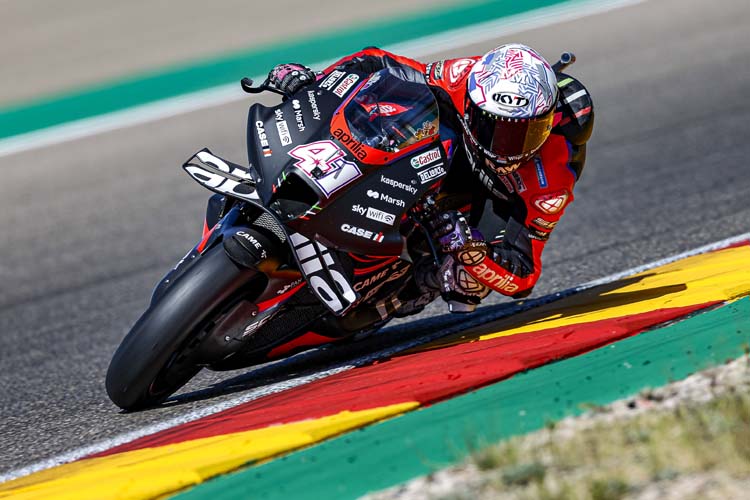 Aleix Espargaró has pulled self-esteem to return to the MotoGP podium before the Spanish public of MotorLand.

Discreet also the sixth of Jorge Martín, who seems that since he lost the game with Bastianini for the official seat in Ducati he has deflated and is in a state of conformist lethargy. A pity, because we all know of Martín’s talent, and if he continues to work, I am sure that his opportunities to join an official team will come.

Very decent race for Alex Rins with the Suzuki, a Suzuki that is performing well below what could be expected and that does not allow its riders to give much more of themselves. Even so, good old Rins fought and at times thought he could get higher, but he ran into the Ducati, and there little else could be done. Hats off to both Rins and Mir for finishing this championship with a bike and a factory that doesn’t care in the least what happens. What a pity.

The Quartararo thing in Aragón was a shame, because although the Frenchman did not have the pace to win, he could have been fighting for the podium at least, and the fact of meeting Márquez’s motorcycle in the middle of the line and not being able to avoiding the collision, has caused the world championship to tighten unexpectedly, even if it is at the cost of the bad luck of the Frenchman. As in the Netherlands, his crash was completely his fault, I think this accident was just a career incident, although as always, when Márquez is involved in an accident, at least he is suspected of being guilty. And I say this, because it is true that the incident with Fabio was totally unexpected, because the rear wheel of Márquez’s Honda got out of control, causing the Spaniard to cut, so Quartararo could not avoid colliding with the rear of the Spanish motorcycle, yes it is true that in the second collision, the one that took place with Nakagami, there I do believe that it could have been avoided by the Spaniard, since he knew perfectly well that the motorcycle was not working correctly, and therefore Therefore, what he should have done is get out of the way, and not endanger more people. Nakagami could have done a lot of damage in that incident, and it was all because of Marquez’s irresponsibility. Again the Spanish champion is capable of the best, and the worst. Too bad of him. We all really wanted to see the oldest of the Márquez in action again, and I the most, but again what he did left a bad taste in my mouth. Totally unjustifiable, no matter how much it later appears on TV giving explanations. You were wrong, period. 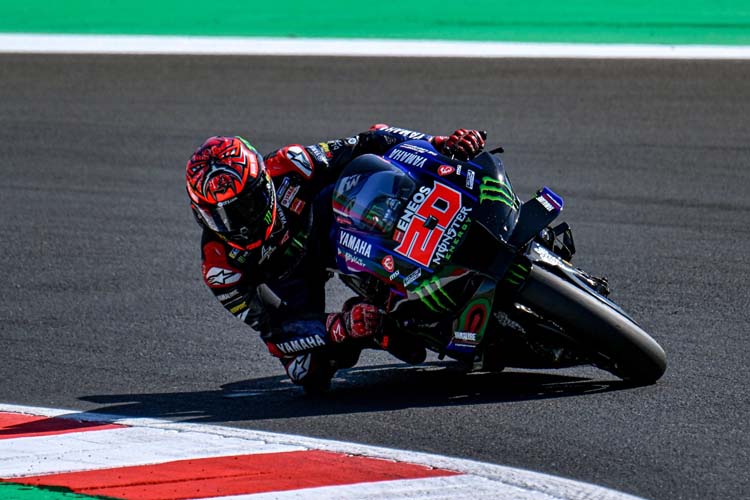 Ducati is already mathematically the constructors’ world champion, and in second position is….Aprilia, only 2 points ahead of Yamaha, which, without Quartararo’s results, would be much lower, close to Honda, in last position. I was thinking about this the other day, and it’s funny how the tortilla has changed in recent years. If we think about the World Cup just 10 years ago, the Japanese brands dominated the World Cup scene with an iron hand, and only Ducati was able to appear at the top positions very sporadically. Today it is completely the other way around, and it is the European brands that dominate the world stage, with the Japanese factories far behind, in the last positions. The less is curious.

And it is also curious that Yamaha has turned to the veteran Crutchlow to put him on the bike that Dovi has left. In his first outing, he was the best Yamaha of the 3 that finished, and only 2 seconds behind Viñales. This speaks highly of the Briton, and very poorly of the rest of the Yamaha riders. The truth is that Morbidelli in particular should be made to look at it.

The world championship has become interesting, with 3 riders, Quartararo, Bagnaia and Espargaró in 17 points. Of the three, the strongest is Bagnaia, but we will see how he manages the pressure. There are 5 very exciting races ahead, and I really want to see a head-to-head between Bagnaia and Quartararo.

Be good, don’t do anything I didn’t do, good riding and remember, keep your ass on the seat and your feet on the foot pegs!!!!