And one night the champion lost: Defense triumph 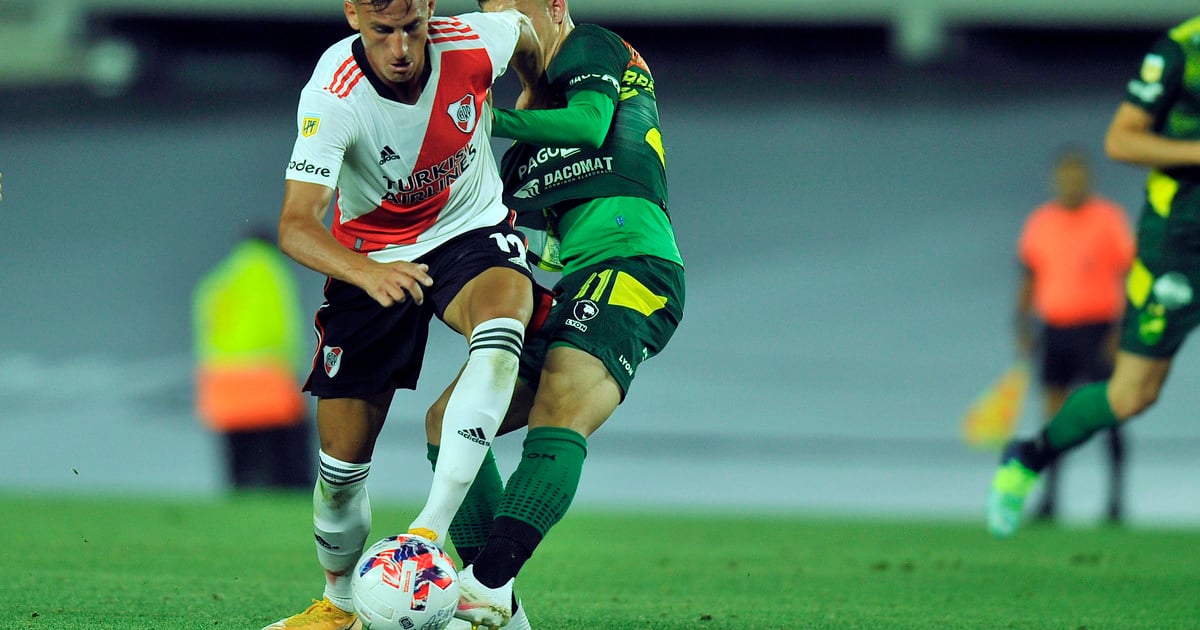 River is an unforgettable party. The Monumental is full, cumbias are playing, people are dancing. There are ovations that go from D'Onofrio to P

River is an unforgettable party. The Monumental is full, cumbias are playing, people are dancing. There are ovations that go from D’Onofrio to Ponzio passing through Gallardo, who belongs to River “and River does not go away.” There are balloons, there are red and white suspenders, there are flags, there is the cloth with the idols that chain this 120-year history. A story that will forever speak of the River del Muñeco, of a unique cycle, of a total and absolute identification with the people, with an idea and with a coach who is already a statue, a living statue.

In any case, the “give it champion” that was heard as a curtain throughout the game against Defense and Justice perhaps relaxed the team, especially in the second half.

From the outset River went out to do the only thing he knows how to do. Dominate, suffocate his rivals, always touch forward with a good foot and no less good speed. It’s hard to imagine how exasperating it will be for any opponent to have the ball against this team of eroding termites.

But this time in front was Defense and Justice, perhaps one of the two or three teams in Argentine football that can bank the rhythm, which also has airplanes and has been part of Gallardo’s talent pool for years: no by chance last night in three of the five goals in the Liberti there were apologies between Enzo Fernández, Braian Romero and Franco Paredes, the side who is on loan at the Halcón and who defined a beautiful game, in which DyJ cut for the statistics the unbeaten of 18 CARP games and got into a South American Cup that saw him recently champion.

There were too many stories within the same party. Ponzio and D’Onofrio’s farewells, Gallardo’s request for continuity, the ex’s laws, Walter Bou’s goal and his personal duel with the people who wanted to remember what happened to those who don’t jump in Madrid. Perhaps the 3-2 has too much reward for Defense, who in the first half had a very bad time against a River that flourished but did not score goals. The pass from Romero to Enzo Fernández when he was hand in hand with Unsain to do the second is an image that summarized the game: River wanted to be the scriptwriter of his party and at times he got out of hand.

Even so, the game served to see from time to time a team that is far superior to the rest, with an Enzo Fernández who at times has the pass and the sacrifice of Enzo Pérez and who defined for the 1-0 with a jump of Enzo Francescoli, with an Alvarez always devilish, with a Braian Romero who leaves everything but still needs two or three clear chances to convert, with a utilitarian Palavecino with more confidence than ever, a Simón who continues to gain experience but who already plays like a consecrated, central with hook foot, lateral from end to end, Armani saving the team. That first part was a boutique sample of the champion in 45 minutes.

Then everything fell at least for a little while. In any case, the 2-3 closed the story on the last time on the 23rd at the Monumental. River will continue to party.

Tags: 24, League, professional
River, Boca and Racing, on Saturday
The “Panther” Edwards already has a date and rival for his fight in the UFC
How are the averages after the seventh date
FOOTBALL 2363