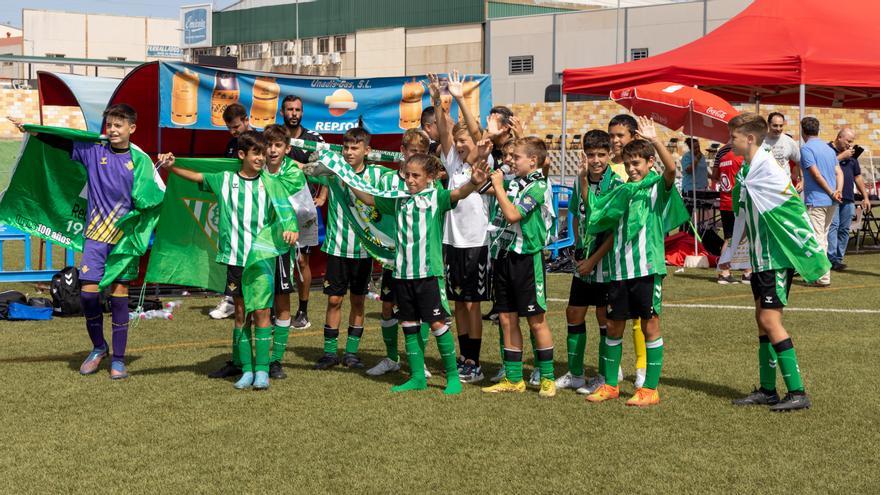 Andalusian academy football was vindicated during the three days in which it was developed andl 9th ​​Cajasur Cup International Tournament City of Córdoba Provincial Council, which took place over the past weekend. The Real Betis Balompié, in the prebenjamín and alevín categories, and Sevilla FC, in benjaminesnot only did they reach their respective finals by throwing teams into the gutter top What Real Madrid, Benfica, Valencia, Villarreal, Levante or FC Barcelonabut they won. Inns and Hornachuelos They were the venues chosen in this edition and very exciting moments were experienced in both locations, with a massive influx of public.

More than 1,500 children from all over Spain and some of the best European teams like Juventus and Benfica competed at an extraordinary level.

On Friday was the day of prebenjamines, in which 6 groups of four teams each participated. Sevilla, Betis or Málaga were the favorites in this category, with the Verdiblanco team reaching the final, which beat Sevilla in a great match, with Granadal Figueroa standing out representing the teams from Córdoba.

In benjamins the Group Phase was played in Posadas and the Final Phase in Hornachuelos, with Sevilla FC and FC Barcelona reaching the final, opting for the victory of the sevillista side by 1-0. It is necessary to highlight the role of Cordoba CF, reaching the semifinals.

The highest level trophy was the category fry. The Group Phase was very lively and brought some surprises when teams such as Villarreal, Levante and Valencia were eliminated in the round of 16.

In the quarterfinals, Sevilla defeated Barça (1-0), Juventus eliminated Benfica on penalties, after drawing 0-0; Málaga beat Real Betis B (1-2) and Real Betis A did the same against Real Madrid (0-1). In the semifinals, Juventus de Turín and Real Betis A advanced to the final, beating Malaga (4-0) and Sevilla (1-2), respectively.

In the very final, the favorite of the tournament, Juventus of Turin, was surprised by a very competitive Real Betis spurred on by their best player, Thiago Polo, elected MVP of the tournament.

Tags: Tournament, formative, Andalusian
How is the table for the group draw for the Qatar 2022 World Cup?
Liga IDEAL Laguna de Futbol Soccer Amateur in the final stretch of its competition
Hackers steal information from the Spanish soccer federation
FOOTBALL 3690

Loading...
Newer Post
Quartararo faces his toughest commitment in Japan
Older Post
NBA: Wembanyama, the great 2.20m ‘unicorn’, reveals his plan to succeed in the NBA with only 94 kilos