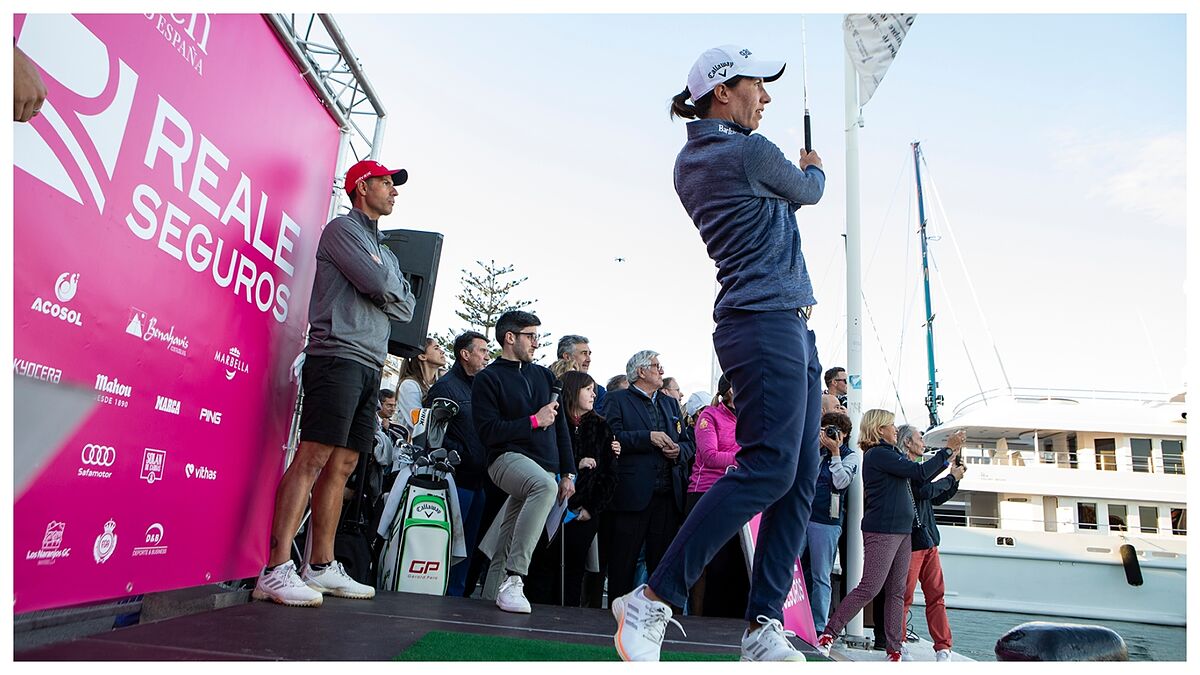 Maana starts the Andalusian Costa del Sol Open of Spain Women 2021, the tournament that completes the Ladies European Tour (LET) and that closes the so-called ‘Race to Costa del Sol’, that is to say, the event that crowns the champion of the circuit this course. For the second consecutive year, the province of Mlaga once again hosts the final, being Los Naranjos Golf Club the venue chosen this time.

Although the Order of Merit will fall into the hands of the Thai Atthaya Thitikul, of just 18 years (the youngest to win the Race), the tournament will have a luxury roster made up of 72 players. The presence of the &#8216;Armada&#8217; will be remarkable, with Carlota Ciganda as the spearhead.

Highlights the return of bea recari, Spanish player with the most tournaments won on the LPGA Tour (three) and champion of the Solheim Cup in 2013, who returns to action after a one-year competitive hiatus. On Tuesday he will go out to play 18 holes for the first time in a long time. &#8220;It was novel to remember the routine of preparing the strategy. I ended up tired, but with a very good feeling&#8221;. However, Recari is very clear where to start: &#8220;Above all, you have to focus on the short game and the approach game. I have worked on the technical part, but it is very important for the tournament to prepare the short game.Well, it is what gives you good results and not having the feeling of having left you blows. From an 8 iron down is what I have worked the most, &#8220;he confesses.

Of the national squad, we must not lose sight of a consecrated figure such as Nuria Iturrioz, with three victories on the circuit, or Ftima Fernndez Cano, the first Spanish woman to get the LPGA Tour card through the Symetra Tour (its access circuit), something that it has achieved in the last two years, although the jump has not really taken place until now. Ana Pelez, attends this year as a professional, after being third as an amateur in the 2020 edition that was played at the Real Club de Golf Guadalmina.

As for the queen of the LET, the triumphs this year of Thitikul (Czech Republic, Switzerland), together with its great regularity -has achieved 13 &#8216;top 10&#8217;-, they have made it the undisputed leader in 2021 earnings. This week it will try to endorse its dominance in Marbella. Despite her young age, the Thai has already become a global figure and is top favorite to win the tournament.

She is followed in the &#8216;Race to the Costa del Sol&#8217; by the other revelation of the season, the Slovenian Pia Babnik, a 17-year-old, who has also won two victories (the last, two weeks ago in the individual competition of the Aramco Team Series) and try to increase his credit in Los Naranjos, like the Finnish Sanna nuutinen, the third in the ranking, she is already 30 years old.

The tournament features 600,000 euros as prize pool, an endowment reinforced by 250,000 euros that will be distributed among the first three classified in the Race to Costa del Sol once the competition ends.

Loading...
Newer Post
Luna Mairena reaches the final of the International Boxing Championship
Older Post
Who is George Kambosos, Teofimo’s new rival? From being bullied for being overweight to becoming a great boxer – Ten