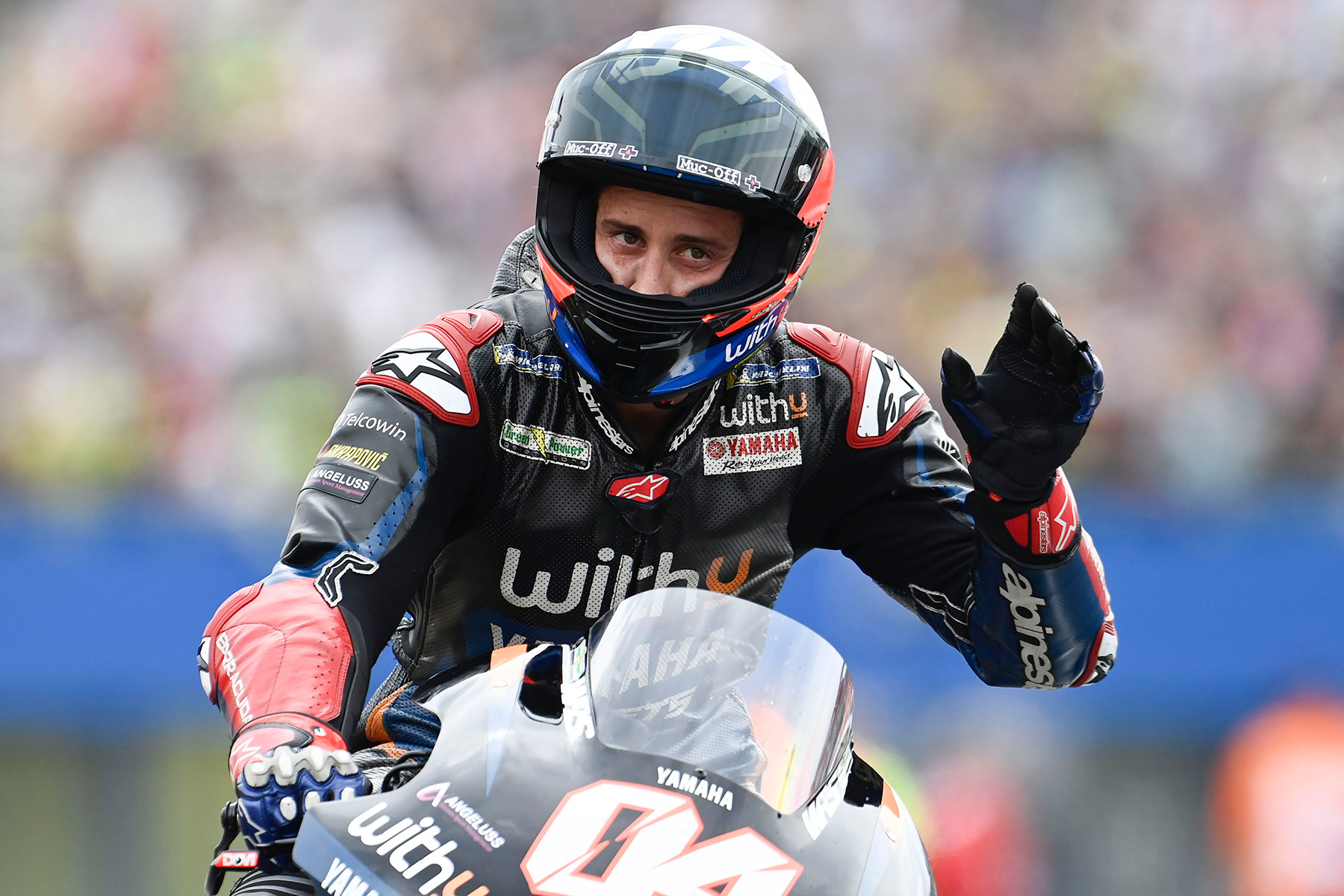 Crutchlow will replace him for the last six races

Yamaha has officially confirmed that Andrea Dovizioso will leave MotoGP after the San Marino GP in Misano. His place at WithU RNF Yamaha for the last six races of the season will be filled by Cal Crutchlow.

The trajectory of Andrea Dovizioso in MotoGP it is about to come to an end, and this time definitively. The Italian rider, who returned to MotoGP at the end of 2021 after temporarily stopping, will retire even before the end of this season.

This has been announced yamaha this Thursday on the eve of British GP, confirming that the triple MotoGP runner-up will retire after the next San Marino GP (September 4). His place in the RNF Yamaha for the last six races of the season it will be occupied by the brand’s tester, Cal Crutchlow.

So, Andrea Dovizioso only has three races left in MotoGP before hanging up the monkey for good. After his convulsive departure from Ducati in 2020, the Italian faced a sabbatical year that he did not even fully complete, since since the beginning of the year he had been an Aprilia tester.

‘Dovi’ declined the opportunity to return to racing in 2022 with the brand of noale and focused on yamaha, a brand with which he had already competed in 2012 in the Tech3 ranks. The early departure of Viñales brought Morbidelli to the official team for the end of 2021 and he left a gap for Dovizioso at Petronas Yamaha, so he competed alongside them in the final leg of last season. This year he continued as the main spearhead of the rebranded WithU Yamaha RNF.

However, neither his sensations nor his results since then have been up to par, with a 11th place in Portimao as the best classification so far this year and only 10 points after the first 11 races.

Dovizioso had already hinted that he would retire and so it has finally been, but without even finishing the year. After finishing Silverstone, Austria and Misano, with 346 races behind his back (if he disputes this three), 24 wins, 103 podiums, one 125cc world title (2004) and three MotoGP runner-up finishes (2017, 2018 and 2019), Andrea Dovizioso will end his sports career.

Lin Jarvisthe head of Yamaha in MotoGP, spoke like this about Dovizioso’s goodbye: “I want to start by saying that of course we are all sad that Andrea is leaving the sport sooner than expected. He is a big name in MotoGP and he will be missed in the paddock.

We consider ourselves very fortunate that he was available and willing to join our MotoGP program last year when Franky moved to the Yamaha Factory Team, thus creating the need for a replacement rider for the remainder of the 2021 season. Andrea’s experience and methodical nature were of great interest to Yamaha and the RNF team and the project was set to include the full 2022 season.

Unfortunately, Andrea has struggled to extract the full potential of the M1 and, therefore, the results have not arrived, which has created an understandable frustration in Andrea. Finally, during the summer break, she confirmed to us her wish to retire before the end of the season.

After mutual discussions it has been deemed appropriate that Andrea runs his last race at Misano, at his home GP. Naturally, Yamaha will continue to give ‘Dovi’ their full support for the next three races. In the meantime, let’s enjoy his last three Grands Prix and celebrate the end of a spectacular career in Misano”. 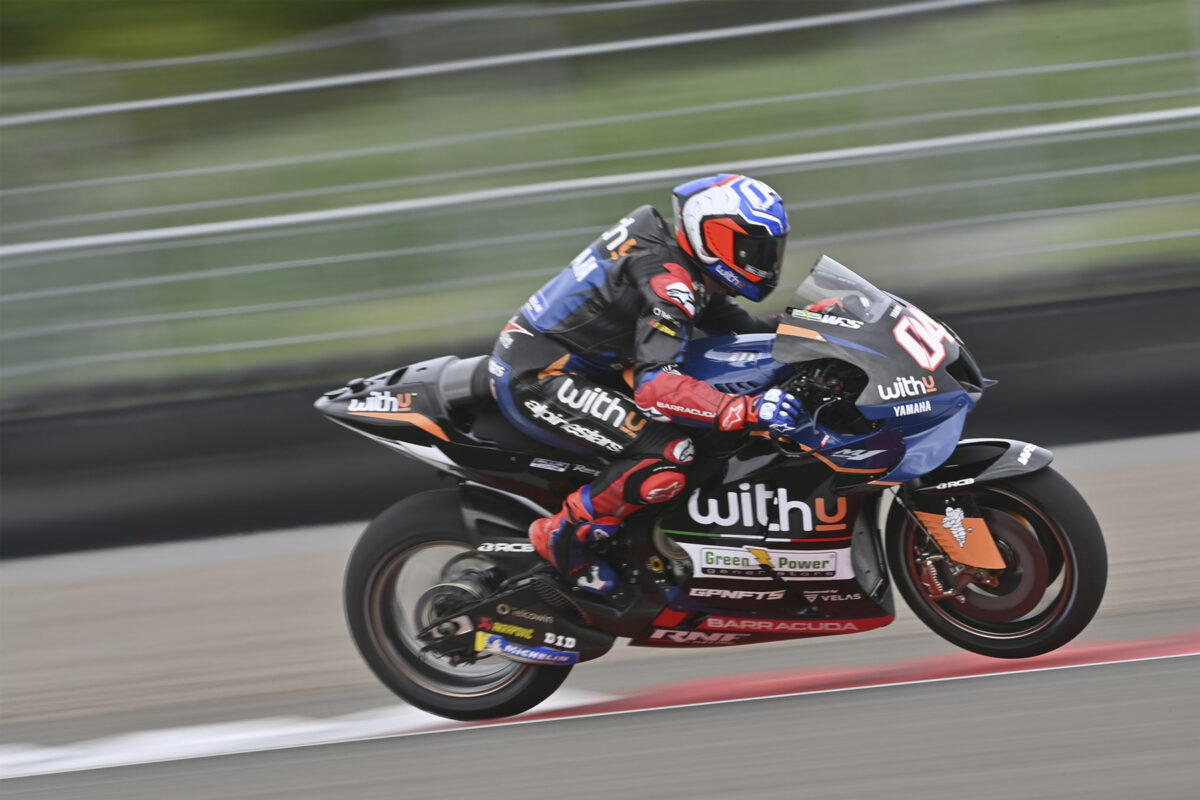 For its part, Andrea Dovizioso He said goodbye with these words: “I thank Lin for her words, I totally agree with them. In 2012, the experience with the Iwata manufacturer in MotoGP had been very positive for me and since then I have always thought that, sooner or later, I would have liked to have had an official contract with Yamaha. This possibility was presented, actually in a somewhat daring way, during 2021. I decided to give it a try because I firmly believed in this project and in the possibility of doing it well.

Unfortunately, in recent years MotoGP has changed profoundly. The situation is very different since then: I have never felt comfortable with the motorcycleand I have not been able to take full advantage of its potential despite the precious and continuous help of the team and all of Yamaha.

The results were negative, but beyond that, I still consider it a very important life experience. When there are so many difficulties, you have to have the ability to manage the situation and emotions well. We did not reach the desired objectives, but the consultations with the Yamaha technicians and those of my team have always been positive and constructive, both for them and for me. The relationship remained loyal and professionally interesting even in the most critical moments: It was not so obvious that this would happen.

For all this and for their support, I thank Yamaha, the RNF Racing Team, WithU and the other sponsors involved in the project. It hasn’t turned out as expected, but it was right to try. My adventure will end in Misano, but the relationship with all the people involved in this challenge will remain intact forever. Thank you all”.

Danilo Petrucci, from MotoGP to the Dakar Rally
GALLERY: 2022 MotoGP Qatar Grand Prix
A deluge delays the start of the MotoGP race
MOTOGP 703