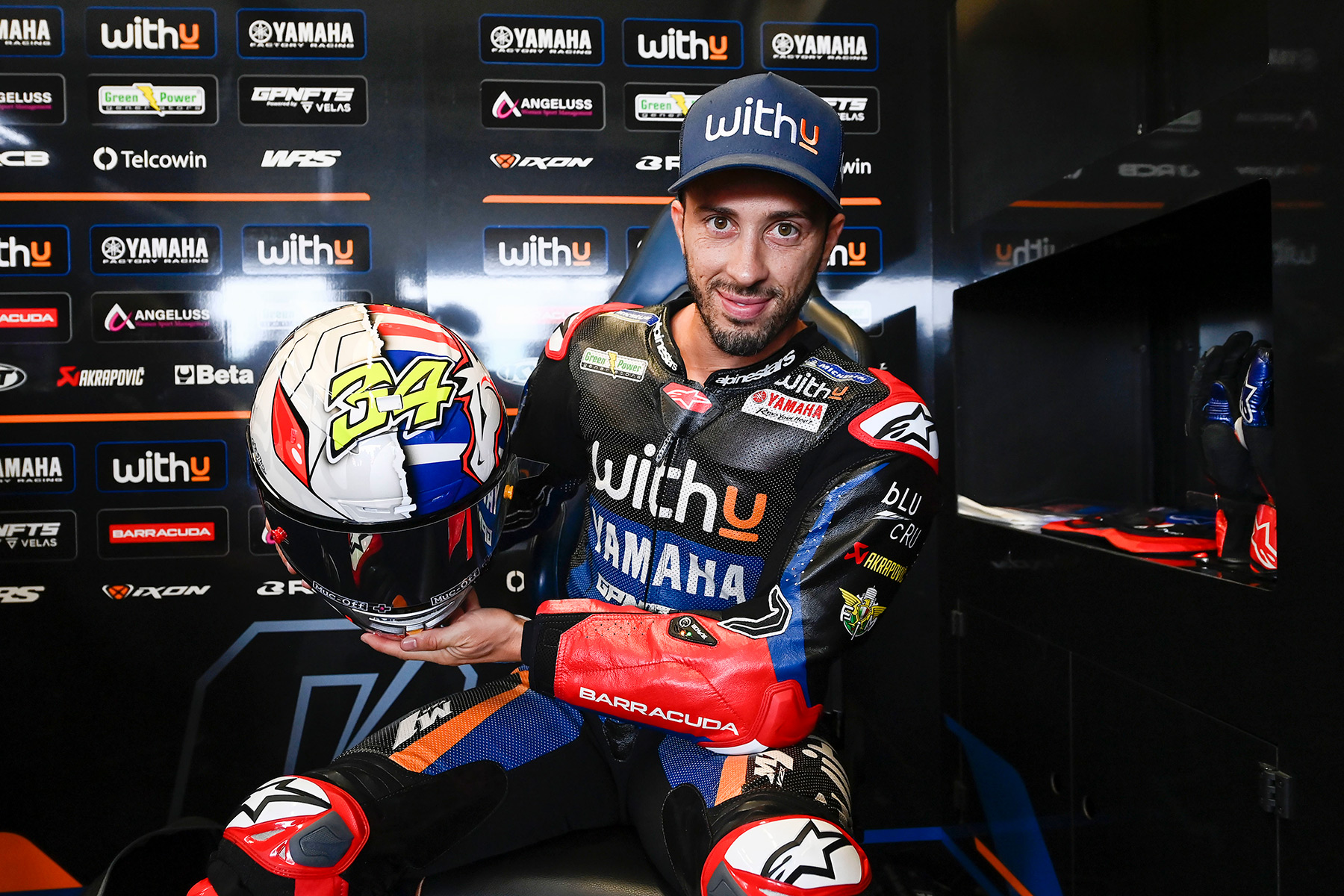 The Italian rider recalls the highlights of his sports career in the helmet that he will wear this Sunday in his last MotoGP race.

One of the most respected riders in the MotoGP paddock will end his career this Sunday after the Misano race. Andrea Dovizioso He retires from MotoGP this weekend and ends a 21-year career in the World Championship, including the break he made in 2021 to take a year off in which he ended up competing in the last five races.

On the front of the helmet it shows off the bib #34 With which he debuted in the World Championship and with which he raced in his 125cc and 250cc years, but which he could not wear in MotoGP as that number was retired in honor of Kevin Schwantz. In fact, the Texan was Dovizioso’s idol and the driver for which he decided to carry the # 34. In MotoGP he wore #4 in his first four seasons (the number that appears on the back of this special helmet) and #04 since he joined Ducati.

The helmet collects the decorations of all those years for a pilot who ends his career with some excellent numbers: 24 wins (15 in MotoGP), 103 podiums (62 in MotoGP), 20 pole positions and a world title in 125cc in 2004. But if Andrea Dovizioso’s career is remembered for anything, especially in recent years, it is for his triple MotoGP runner-up in 2017, 2018 and 2019, years in which he became Marc Márquez’s main threat.

The duels with Marquez In those years they enhanced the figure of ‘DesmoDovi’, since he also beat him in many of the heads-up that both starred in: Austria 2017, Motegi 2017, Qatar 2018 and 2019, Austria 2019… Races to remember for a pilot which took time to explode in MotoGP, since between his first victory (Donington 2009) and the second (Malaysia 2016) there was a significant gap. Of course, from 2017 he lived his best time in the queen category and became the spearhead of Ducati.

Dovizioso achieved a victory with Honda in MotoGP and 14 with the Borgo Panigale firm, in addition to achieving six podiums with Yamaha in 2012. It puts an end to his career after a really difficult year, in which he has only achieved 11 points in 13 races, which has led him to leave the championship before it even ends. After his goodbye to Ducati in 2020 he took a sabbatical, but as soon as the doors of Petronas Yamaha were opened for the last five races of 2021, he returned to MotoGP, and this year he has continued within that structure (current RNF Yamaha). However, the results have been far from expected and Dovizioso has decided to hang up his helmet at the age of 36 after a sensational run. Thank you Dovi!

This is the beautiful helmet with which ‘DesmoDovi’ says goodbye to MotoGP:

Emilia Romagna GP: Fabio Quartararo becomes World Motorcycling Champion | sports
Three talents of the future and a prescient visit to the MotoGP paddock
MotoGP: Bastianini brings out the beast in him and breaks the record
MOTOGP 811