Andres Chacoma. “In football, the most notable events occur due to mistakes” | INTERVIEW 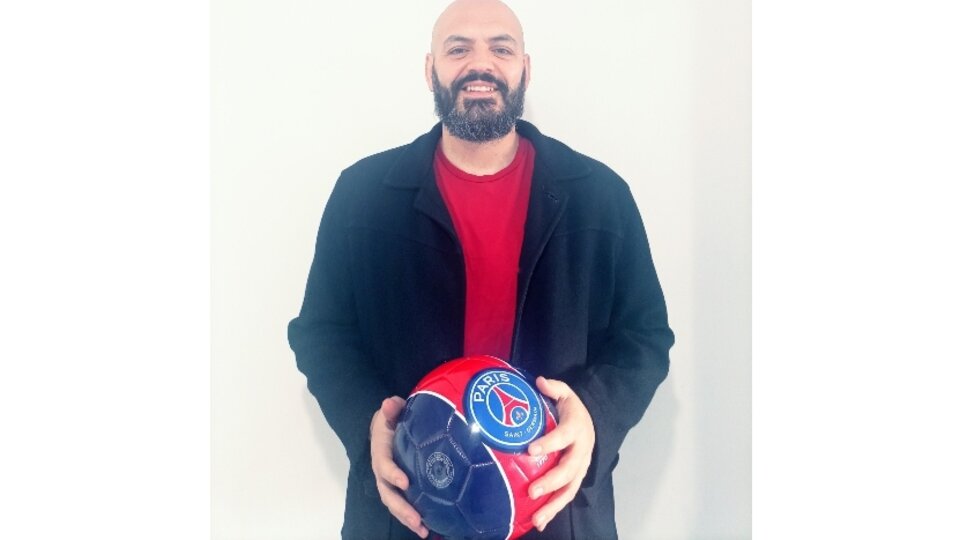 The information society includes chatbots that know how to read our anger, advertisements that anticipate desire and machines that can know our nam

The information society includes chatbots that know how to read our anger, advertisements that anticipate desire and machines that can know our name at a glance. It is worth asking, at this time when such a level of data processing has been reached, if there is something that resists becoming information. Football –which for both Big Data analysts and fans is not reduced to 22 guys running after a ball– does not escape the algorithm and also becomes raw material for data science.

“The key is to study how players interact,” explained Andrés Chacoma, Ph.D. in Physics from the Balseiro Institute and assistant researcher at the Enrique Gaviola Physics Institute (IFEG) of the National Scientific and Technical Research Council (CONICET), who years studies complex systems from statistical physics.

The number and distance of passes, the reasons why the ball changes sides, the interactions between team members, among other variables, can be recorded and subjected to a model to derive information and establish game strategies. “The market has no limits”, assessed Chacoma.

-Why can football be studied from data science?

-Being a complex system, it can be divided into small dynamic units, which would be the players, and the interactions between them can be studied from the data. It is the same methodology that is used, for example, to study the brain. In that case we know very well what a neuron is, how it works chemically, but that information is not enough to explain a thought; for that what we have to study is the interaction between neurons. In complex systems, what is interesting is in the relationship between the parts. In soccer and in other sports it is similar: to explain what we call “game” the key is to study how the players interact. When someone made the rules and invited people to play, they must have all been running after the ball without any order. Over time, the players optimized their interventions, the coaches devised the tactical systems and the evolution of these structures conditioned the evolution of the game. We are interested in studying the functioning of these hyper-optimized structures and for this we seek to statistically describe how the players relate to each other on the court.

-How is the methodology used to analyze it?

-Our methodology is based on the analysis and modeling of empirical data from football matches. First we make a characterization of the statistical regularities that are observed in the system. Then, we hypothesize that some of these regularities are a consequence of relationships between players. From this idea, we establish a set of rules that govern interactions. This is what is known as modelling, and it is roughly what we physicists do: to mathematically model phenomena that occur in nature. Finally, we test the model. If when doing simulations of the game dynamics we notice the same statistical regularities that are observed in the real data, then our mathematical abstraction works.

-What kind of conclusions are drawn?

-In one of our works we were able to quantify the interactions between the players. We saw that these interactions are like forces that maintain the tactical structure of the team in a block and that the deformations of that block caused by the movement of one player are compensated by the movement of others. This happens with most players, what the number two is going to do, for example, will depend on what the number six does, but it doesn’t happen with players who are extremely important, as is the case with Messi. Although this may seem obvious to an expert watching a game, quantifying it with an algorithm allows us to systematize and automate the detection of movement codependency that players have, and save hours and hours of watching games to understand how a player plays. rival or that fails in a team.

“Quantifying (the interactions between players) with an algorithm allows us to systematize and automate the detection of movement codependency that soccer players have, and save hours and hours of watching games to understand how an opponent plays or what fails in a team.”

-Somehow, the attraction of football is the unpredictability. How does data science get along with exceptional events?

-We are based on a probabilistic theoretical framework, we cannot say exactly what is going to happen, but we can quantify the probabilities that this or that thing will happen. I once heard a coach say that if there is a goal in a game, someone made a mistake. That is so, because each team works as a system that moves around an optimum where it tries to prevent unfavorable things from happening. In soccer, many times the most valuable events happen because of mistakes. The goal, which is the most important event, occurs because the team that scores it induced an error in the one that receives it, or because some of its players make a mistake. It is a rare event, because the defense players are prepared for it not to happen. There is a fight with the rival strikers who, precisely, work to score goals. In particular, the results of our work provide a tool to detect weaknesses and strengths in teams, which would allow us to induce an error or avoid it.

-What markets arise for this type of research?

– In a context of a booming knowledge industry, there are several companies that work with training data and offer services. What some do is put a sensor in the middle of the players to collect the data. These sensors have GPS, they measure your heart rate, the force with which you kick, and other indicators that are later downloaded to an application, to analyze them and provide a statistical package. It is very interesting, and not only for professionals, but for the general public. This type of device is not very expensive and, if it becomes massive, the market has no limits. It is an area that is growing a lot and I don’t see a ceiling for it. However, currently these products are based on the analysis of individual players, they still do not have the tools to provide an analysis of the collective game. This is where our work can help describe the joint dynamics of teams. As physicists, we support these new industries, extracting added value from the data.

Tags: university
Jair Catuy returns to South American football after leaving Bolivia
When does the league start in each country? La Liga, Premier League, Serie A…
San Lorenzo comes back and wins Boca Juniors in the Argentine soccer classic
FOOTBALL 3143