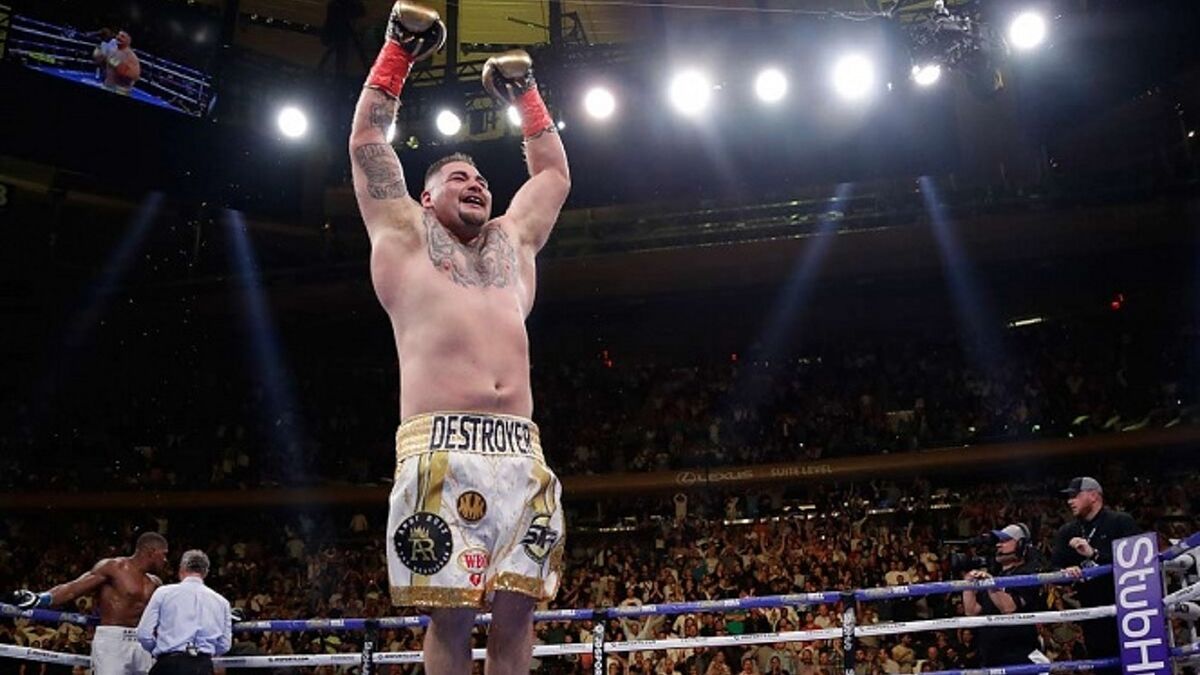 DAfter holding the world heavyweight championship by surprising Anthony JoshuaAndy Ruiz could finally have a new opportunity to contend for the title, after the World Boxing Council (WBC) could order the fight to open up an opportunity for the ‘destroyer’.

Andy Ruiz could contend for the interim title of the WBCa fact that is not confirmed, according to World BoxingNewsand that only depends on an event to come true.

Meanwhile, Andy Ruiz will fight next September against louis ortizon his return to the ring after 1 year of inactivity, when he defeated with many problems to Chris Arreola in May 2021, by unanimous decision.

According to reports from ‘World BoxingNews’the WBC could order a fight between the ‘Destroyer’ and Deontay Wilder by his acting title and depends on Tyson Fury: If ‘Gipsy King’ does not announce a fight to expose his scepter no later than October, the WBC will order a fight between Andrew Ruiz and Wilder.

This because after beating Dillian Whyte, Tyson Fury He announced his retirement, since he considers that he has won everything and does not have an attractive rival at the door. However, when asked if his withdrawal is final, he has simply replied that he will return for a large bag, but nothing more.

The fight between Deontay Wilder and Andy Ruiz It has been on the table for months, but it has not been possible to specify it due to various factors, so after October they could start negotiations.

Andrew Ruiz held the titles of the World Boxing Association (WBA), International Boxing Organization (IBO), International Boxing Federation (IBF) and World Boxing Organization (WBO) for a few months, after surprisingly defeating Anthony Joshuabut in the rematch the Mexican lost them with a boxing chair by the British, who in turn lost again, this time against the Ukrainian Oleksandr Usyk.