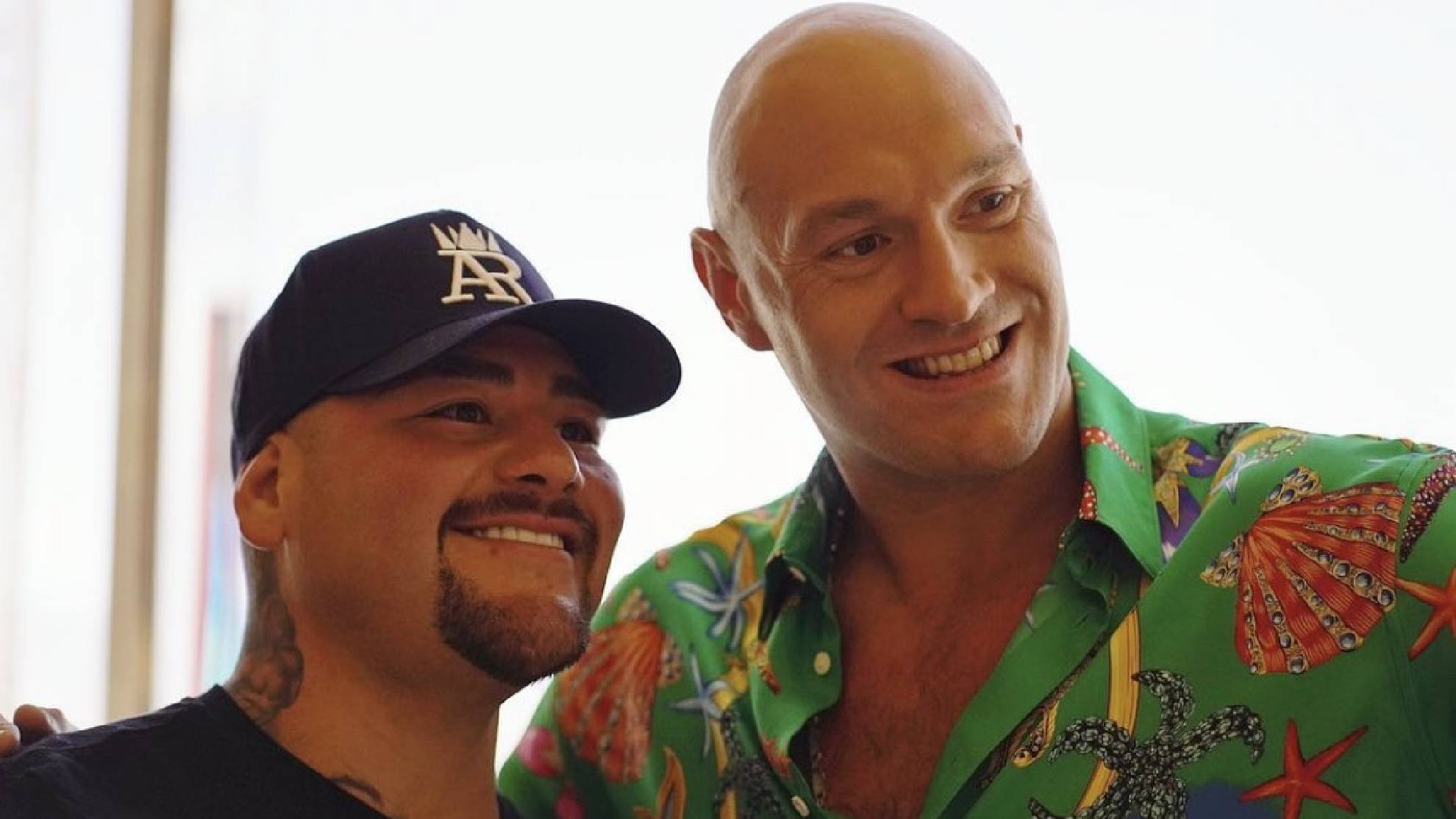 Nor there is no doubt that Andy Ruiz wants to return to the top in his boxing career and on this occasion he intends to do it with Tyson Fury who asks two things: don’t retreat and fight him.

It was precisely this Monday that the Mexican-American boxer spoke about this situation and beyond it being a fight for convenience, his comment was more to fulfill a dream, since Andy Ruiz admires the British.

“I hope he doesn’t quit, and I hope he gives me a chance to fight him.”

“It’s going to be a mega fight if he does (fight him), Mexico, England and the United States” added the boxer who visualizes this fight as one of the highest grossing and seen on PPV in case fury accept.

However, there is something to be noted with this request for Andrew Ruiz and is that the former heavyweight champion has not achieved the necessary merits.

At the moment, Andy Ruiz is part of the ‘Canelo Team‘ and Eddy Reynoso train the Mexican American. Precisely his physique changed impressively, after training to lose fat and define muscle.

Although this has not achieved ‘destroyer’ return to being one of the favorites in the ring, in fact, he has not managed to do enough to earn the opportunity to compete for a title since anthony Joshua beat him in December 2019.

Since the loss to Joshua, He has only had one fight in almost three years who has that fight, where he lost his belts from the IBFthe WBAthe OIB and the WBO. That only fight that registers Ruiz Jr. went to Chris Arreolawhom he defeated by unanimous decision, however, is not enough to challenge Fury.

And it is important to remember that Tyson Fury announced his retirement from boxingstill keeping the WBC belt in the heavy division. Therefore, his “return” to boxing should be with a very attractive duel and against a more complete contender.

In this case, the ‘Gypsy King’ will be thinking about rivals like Anthony Joshua or Oleksandr Usyksince the Ukrainian holds the WBA, IBF and WBO belts in the over 190-pound division, after beating ‘AJ’ in 2021.

Tags: Tyson Fury - USA Latino
Deontay Wilder does not retire: “I was asked by the homeless to the millionaires”
Union Belt, a special trophy for Fury or Whyte
Bob Harum compares Naoya Inoue’s power to Tyson Fury’s
BOXING 3124

Loading...
Newer Post
SEDIF Puebla invites to the Golf Tournament with a Cause
Older Post
Daniel Cormier frustrated by the judges at UFC Vegas 55: “Once again, they keep making these mistakes”