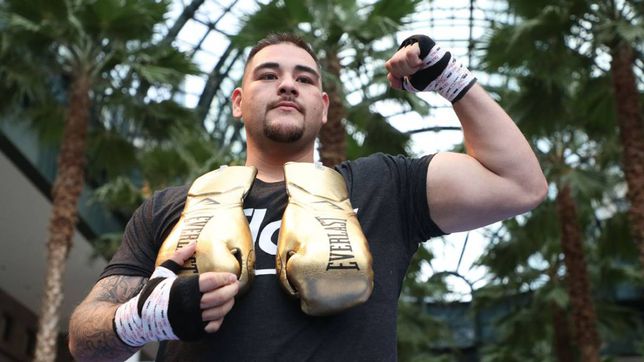 Andy Ruiz's next fight will be on September 4 at the Crypto.com Arena in Los Angeles against Cuban Luis Ortiz. However, the fighter of Mexican des

Andy Ruiz’s next fight will be on September 4 at the Crypto.com Arena in Los Angeles against Cuban Luis Ortiz. However, the fighter of Mexican descent is already thinking about the next fight.

During an interview with FightHype.com, Ruiz made it clear that he will not put Ortiz down and that, should he win, he would like to face Deontay Wilder.

“I didn’t want easy fights, so wait. That is why I will fight Luis Ortiz, because he is a hard hitter. I will not underestimate him like in my last fight. We are training hard. If I win, I would like to fight Wilder if he comes out of retirement,” Ruiz expressed.

Wilder is on a two-fight knockout losing streak against Tyson Fury and it’s unknown if he’ll return to the ring; Therefore, Ruiz understands the position of the American fighter and would not be upset if he does not fight against him.

“He has said that he doesn’t want to come back and that he makes more money outside than inside the ring. I do not blame him. All the hard work that he did for years, he accomplished a lot and he was the champion for many years, ”said the Mexican-American.

YOU MAY BE INTERESTED: Gennadiy Golovkin compared Canelo Álvarez to a dog

longing for the championship

The Californian boxer also declared that he will not say goodbye to boxing until he wins the World Boxing Council (WBC) heavyweight belt for the first time. Ruiz was the WBA, WBO, IBO and IBF heavyweight champion for six months in 2019.

“I have all these houses, but my dreams are not complete. I want that WBC belt. I told my son ‘I’m not retiring until he has that belt.’ Even if I lose over and over again, I will keep fighting until I get it,” Ruiz said.