Another honor for Tito Trinidad and his father: they will be inducted together into the Indiana Boxing Hall of Fame 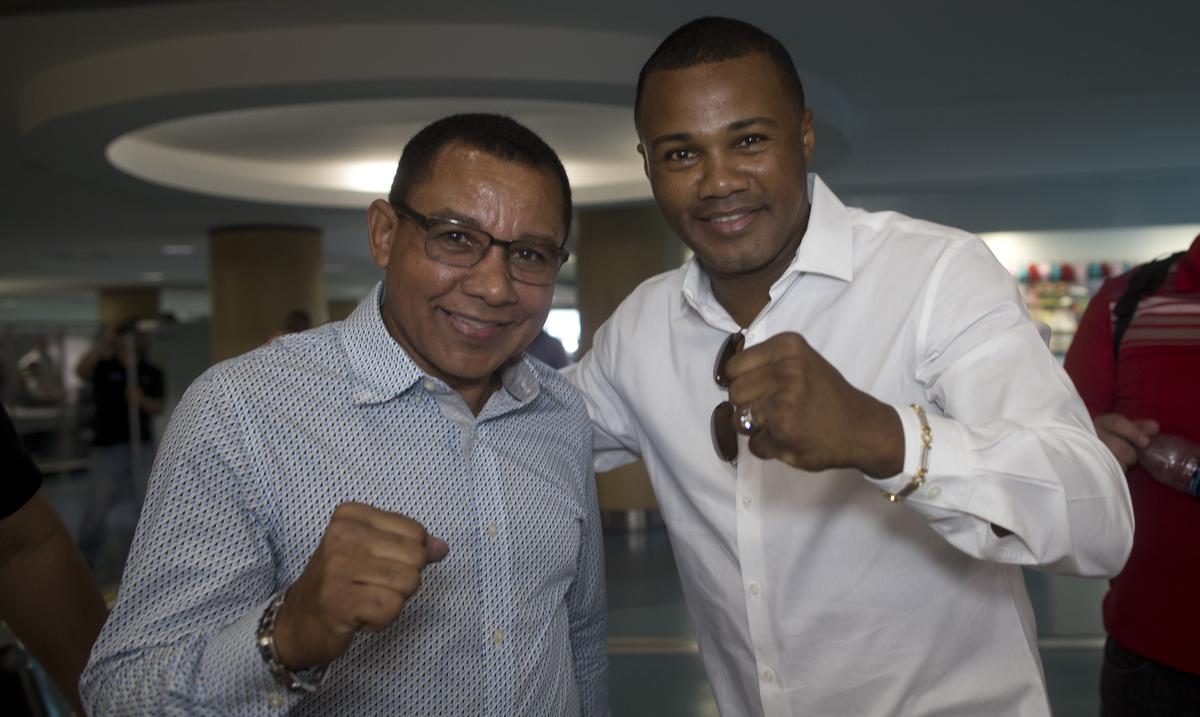 The Indiana Boxing Hall of Fame is visiting Puerto Rico to present world champion Felix ‘Tito’ Trinidad and his father Félix Trinidad Rodríguez with important recognition as new members of that hall.

The activity -sponsored by the Casa del Boxeador- will be taking place this Friday at the Puerto Rican Sports Hall of Fame located in the facilities of the Sixto Escobar Stadium.

The trip to the island is in honor of the Indiana Hall of Fame, which included the Trinidads in its class of 2022. They were unable to attend the ceremony held in June in that state.

“The Indiana Boxing Hall of Fame is going to exalt Tito and his father. I honestly do not remember Indiana as a boxing arena or Tito fighting in Indiana, but he is their prerogative,” said Manuel Charbonier, member of the Board of Directors of the Hall of Fame and manager of the facilities.

On Wednesday, the executives of that Hall of Fame arrived on the island. According to the website of that venue, the Trinidad will be exalted as part of a group that they describe as “celebrity guest”.

The activity will take place through the Casa del Boxeador and its president José Eduardo Rey.

“I prepared the theater-style room for him. I understand that at about eleven o’clock in the morning Tito and Don Félix have to leave because they have another activity for them in the Senate or the Chamber”, said Charbonier.

“We are being hosts and collaborators,” added the athlete.

The activity will begin between 9:30 and 10:00 am at the Pavilion facilities at Sixto Escobar.

Trinidad, considered at the time as one of the best pound-for-pound fighters in the world, reigned in three different divisions, finished his successful career with a record of 42-3 with 35 knockouts between 1990 and 2008 to enter the International Boxing Hall of Fame. Boxing in 2014.

His father, Don Félix, was his trainer from his beginnings in boxing until the end of his career.

The legendary coach was grateful for the distinction.

“It is rewarding for us. We have been retired from boxing for quite some time (2008), which was Tito’s last fight. I have felt alluded to every time he receives an award because during his career I was always by his side, ”he told El Nuevo Día.

“I know the work that was done and the sacrifices as well. It was a long career of 18 years. On this occasion they are also honoring me”.

Trinidad Rodríguez understands that it will be the first time that father and son are exalted at the same time in a ceremony of this nature.

“I think it will be the first time that father and son who are linked to boxing – which have been many – have received this recognition,” said Don Félix. “This activity took place in June, but we couldn’t go because it conflicted with the graduation of Tito’s daughter and one of my sons. We couldn’t go there,” recalled the former professional boxer.

“But now they come to give us this award here in Puerto Rico.”

During the activity in June, Trinidad recalled that the promoter Don King and his son Carl were exalted, as well as the boxer of Puerto Rican descent, Fres Oquendo. Also the late Leon Spinks (posthumously).

It will be the first time that Trinidad Rodríguez is inducted into a hall of fame. While Tito has had this type of recognition in Canastota (2014), Nevada (2015), Atlantic City (2021) and the Puerto Rican Sports Hall of Fame (2012).

Tags: Indiana, Hall of Fame
Hall of Fame, a journey through the history of football
Another honor for Tito Trinidad and his father: they will be inducted together into the Indiana Boxing Hall of Fame
Ronaldinho sends a message to the fans and regrets events in La Corregidora
BOXING 4253