Anthony Joshua: “Tyson Fury can say what he wants about me, for now, Usyk is on my mind” 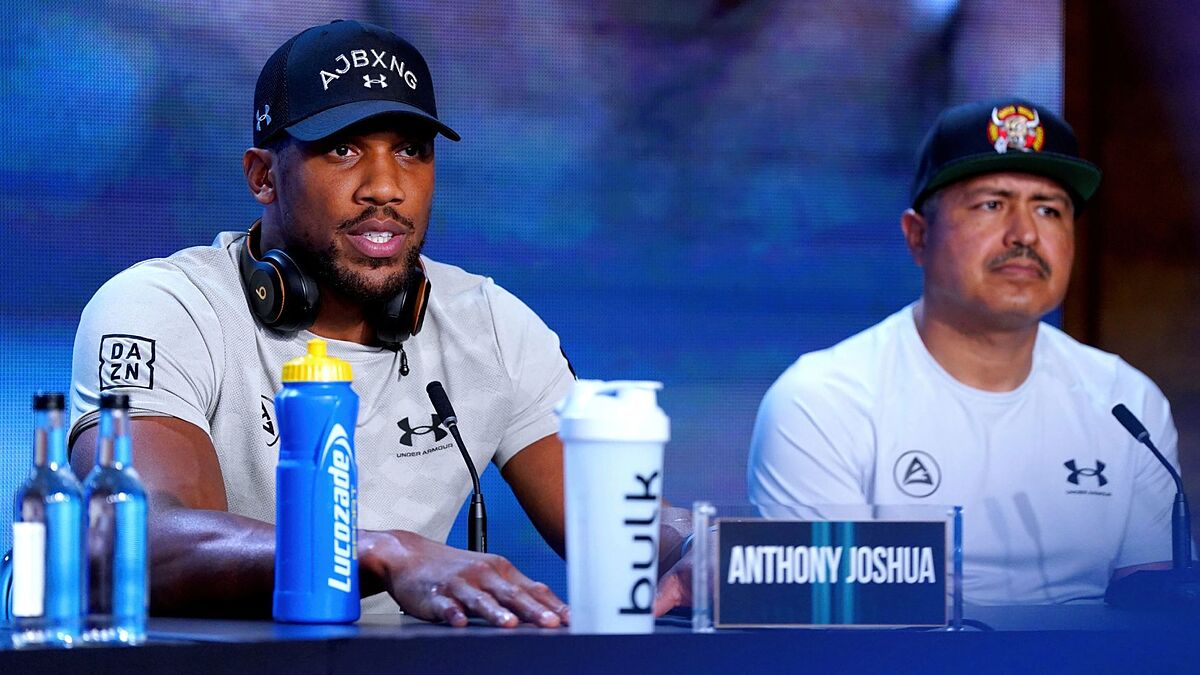 AAnthony Joshua expressed his thirst to get back in the ring before his next fight against Oleksandr Usyk, which will take place in Jeddah (Saudi A

AAnthony Joshua expressed his thirst to get back in the ring before his next fight against Oleksandr Usyk, which will take place in Jeddah (Saudi Arabia) on August 20.

The two men lived on Wednesday face to face, with Anthony Joshua seeking revenge after losing his world heavyweight titles from the WBA, IBF and WBO against Usyk in September.

“I saw that he has a scar on his eye, which I gave him,” Joshua said. “Record that I have cut the face of some people in my career: Paul ButlinUsyk and split his lip Kubrat Pulev.

“I just busted Andrew Ruiz, he doesn’t tell because I mean smash his face properly. I like those things.

“One of my strengths was my power, but I always wanted to go down that path of being a clean boxer, ‘hit and not be hit’, especially if I want to have a long and successful career.

“You have to have a good defense, but I moved away from the fierce side of boxingwhere he knew he could hit and stun people.

“And I miss the days of cutting people’s faces and hurting them, for sure. So I’m looking forward to getting back to that.”

Joshua indicated that he expected better advice from his former coach rob mcrackenwhom he fired before the rematch with Usyk.

“It was more like ‘double jab, right, left hook’, it wasn’t like ‘take the fight to this f***erListen, ‘you’re losing the fight,'” Joshua added.

“A coach has to take advantage of that psychological aspect now because if you can overcome your mind you can give more.

“Not always, but sometimes they can tell you, ‘We’re losing a world championship fight,’ and sometimes you need to tell your fighter that.

“During the whole fight I thought I was winning but towards the end I knew I was close.

“I thought at that point I was okay in the fight because there didn’t seem to be any real communication as to my situation, like ‘you’re losing this fight…you’re down by two rounds.’ I didn’t get it.

“I’m not blaming anyone for saying that, but I didn’t have any impression that I was losing the fight.

“I thought we were on to something. So when they announced the name I was like, ‘Huh? The advice was all ‘That’s it, keep going,'” he said.