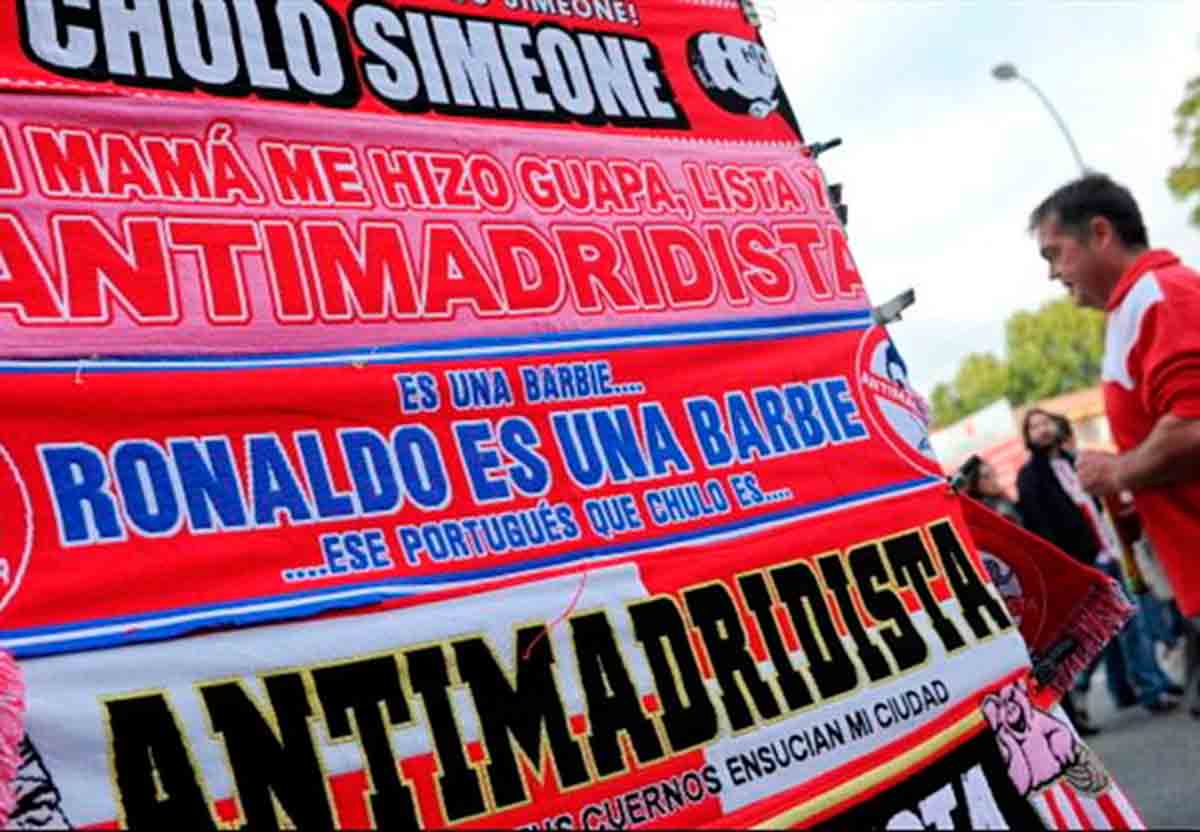 The Cathars were the protagonists of a medieval heresy that made its fortune in Languedoc, in the south of France, Italian Lombardy and in some Pyr

The Cathars were the protagonists of a medieval heresy that made its fortune in Languedoc, in the south of France, Italian Lombardy and in some Pyrenean regions in what was then the Crown of Aragon. Summarizing a lot, his main argument was his dualistic conception of life and religion. Two sides of the same coin. pure dualism. That was his philosophy.

Something similar happens to the antimadridistas. They have a dualistic conception of everything that surrounds them. First there is his anti-Madridism and then everything else. For them there is no other yardstick.

The ranks of the Antimadridistas Club de Fútbol are immense. They are made up practically entirely of the fans of Atlético de Madrid, FC Barcelona and a large group of teams such as Sevilla and Valencia, whose fans and entourage make merits season after season to be accepted into the sanhedrin of anti-Madridism, wherever The great rojiblancos and Barcelona fans dwell. The anti-Madridism of the latter can be so wild that they sometimes confuse the identity of their true team. Anything goes to show being more anti-Madridista than anyone.

This dual quality of many football fans in Spain —that first they are anti-Madridistas and then they belong to their team— has spread in recent years to other groups that, by definition, should be, at the very least, neutral. The case of the media is bloody and the difference in criteria shown by the arbitration group when it calls for Madrid is worthy of study.

Madrid have been awarded three penalties in 60 games. In all that time, there have been dubious and not at all dubious plays to award a penalty in favor of the white team to give and take. Some of them, such as Felipe’s uncalled hand at the Wanda or Militão’s hand called against Sevilla a few weeks after the rojiblanco’s unsanctioned play, cost the League title last season. It was enough that the famous Hernández Hernández – habitual in arbitrations with controversies always favored against Madrid – called a maximum penalty last week against Valencia, so that the story of aid to Madrid once again becomes a dogma of faith, encouraged by an antimadridismo to which the objective data does not give him absolutely the same. Anything goes. 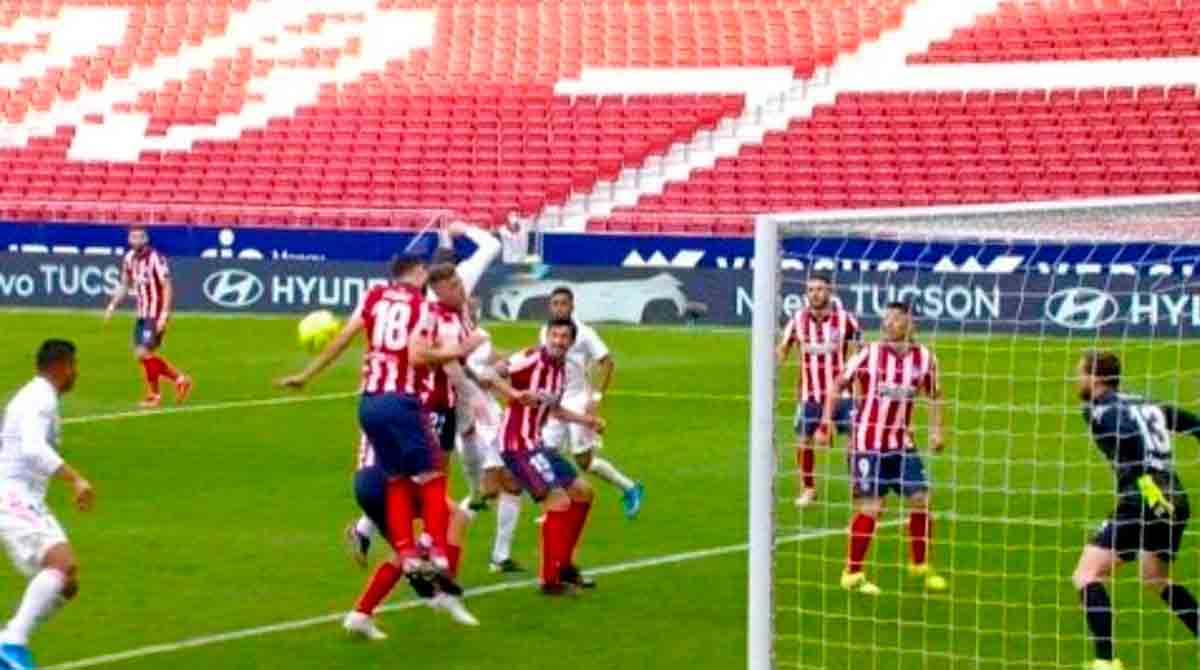 This same week, in the semi-finals of the Spanish Super Cup, Busquets and Alves dealt two resounding blows to Vinícius’s face in front of Munuera Martínez, the famous referee of “All Ok José Luis”. Until then, those types of plays were cards. In the case of Alves, he would not have finished the match as he already had a yellow card. Some anti-Madrid supporter has come to justify the “change in the norm” —of which no one had heard— by rescuing the famous “football is a game of contact”: a removable criterion according to the player who benefited from the referee’s omission wearing a white shirt or any other color.

But what is most striking is the anti-Madridism in the media, which has been incorporated with irresistible force into the Antimadridistas FC squad. The team led by Ancelotti is in the last 16 of the Champions League after brilliantly overcoming the group stage; he has suffered a mockery in the Champions League draw by UEFA (if Madrid had been the beneficiary of the organizational bungling of the knockout draw, anti-Madridism would have gone into a paroxysm); plays the final of the Spanish Super Cup after defeating Barça for the fifth time in a row in the Clásico; They walk in the League with an advantage of 16 and 17 points over their main historical rivals and have passed the round in the Copa del Rey without problems. In addition, he has defeated all the big clubs he has faced this season (Inter and Barça even twice) and the revered Cholo Simeone’s Atleti has not beaten Madrid in the League since 2016. As if that were not enough , Vinícius and Benzema have more goals with just the two of them than the entire Barcelona squad. 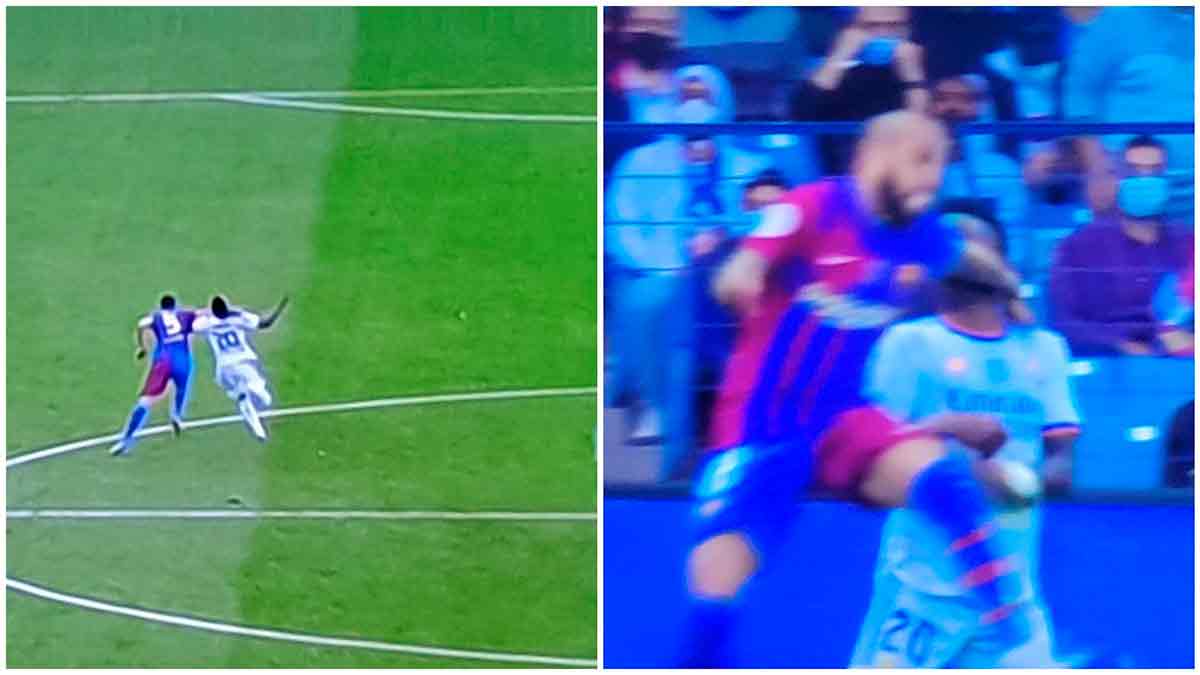 All that arsenal of good results is worth very little. The important thing is the STORY, with capital letters, and in that STORY Atleti very rarely loses in the newspapers, and Barça —despite its institutional and sporting collapse— is the team of youth, of possession, of the future and of endless joy. Once again, pure dualism. Anti-Madridismo rarely camouflaged.

We are no longer in the Middle Ages, but radical dualism is still a common currency, although the truth is that, while anti-Madridism is looking for new leaders to cling to, Madrid continues to win against all odds, and that is summed up in a phrase: “They bark, then we ride”.