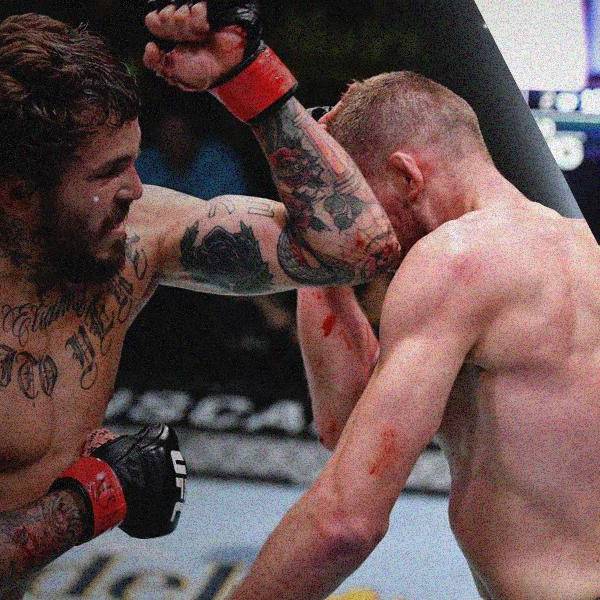 The Ecuadorian sports world lived a new joy with the victory of Marlon 'Chito' Vera in the UFC, after knocking out Dominick Cruz in the 'San Diego

The Ecuadorian sports world lived a new joy with the victory of Marlon ‘Chito’ Vera in the UFC, after knocking out Dominick Cruz in the ‘San Diego Fight Night’ by kicking his rival’s face in the fourth round with a technique of Kickboxing, leaving a memorable but also violent image of the chonero.

Although the “tricolor” confirmed that he will return to the gym as soon as possible, since he did not register injuries, his rival had to be transferred to a hospital to undergo medical tests due to a broken nose, so a question arises: How dangerous are Mixed Martial Arts for its practitioners?

Science has tried to answer, and it is compared to boxing, the martial art with the most studies carried out by different universities and medical entities worldwide, due to the serious brain injuries that several boxers suffered in their lives after hanging gloves.

It is known and understood about the risk involved in practicing a sport in which the prominence is taken by blows, obviously they are high-performance athletes and they should be prepared for fights, although the risk cannot be ignored.

With different rules to boxing, mixed martial arts (MMA in English), broke into the contact sports card, being one of the fastest growing worldwide, alien to the ‘king’: boxing.

Which of the two sports is more harmful to the physique of the fighters?

The Sports Medicine Clinic of the University of Alberta in Canada, published an investigation carried out in 2015, where it analyzed data from medical examinations of fighters from both branches for a decade, the investigation was led by Shelby Karpman, a specialist in sports medicine and who concludes that: “a fighter is more likely to be injured in MMA, but the severity of an injury is generally less than that of boxing.”

Karpman also added data from his experience as a ring doctor, working for several years in the state of Edmonton, Canada. According to the doctor, the tests showed that although in MMA they had a 10% higher chance of experiencing an injury, the most serious were seen in boxers (loss of consciousness and serious eye injuries).

In short, they point out that MMA injuries are slightly higher than those of boxing (quantity), but boxers are the ones who experience more possibilities of serious injuries such as concussion, since practically a large part of the blows are concentrated on the skull.

“Most of the blood you see in mixed martial arts is from bloody noses or superficial and semi-superficial facial cuts — it doesn’t tend to be as severe, but it looks a lot worse than it really is,” Karpman explained.

“There are several studies in the world regarding boxing in which it was shown that years after starting his sports career there are important consequences at the cognitive level such as memory, attention, sometimes mood instability. , aggression, dementia and even depression,” he added.

Fighters who went from MMA to boxing

In recent years, it has been seen how several athletes who practiced a sport, whether boxing or MMA, decide to change and venture to try, so there are examples of athletes who practiced both sports and there are examples of it, including Conor McGregor, former champion of the UFC and who went to boxing in a fleeting way or Anderson Silva who defeated Julio César Chávez junior. Both had good results, but not all reflect that.

In 2016, Tim Hague, who had left MMA for boxing, died after being knocked out by Adam Brainwood in the heavyweight category.

Unlike his fights in the octagon where the judge stopped the fights when he was knocked out, in the ring, Hague was knocked down four times, and on the fifth occasion, he was completely prone and did not get up again.

It is there another of the key details, since in the UFC you can see how when you get knocked out, the judge decides to end the fight, while in boxing, there is the count. On many occasions, the fighter continues to fight despite having already shown symptoms of being injured by a blow.

Another point to study are the gloves and the hitting areas. While in boxing it is concentrated on the skull and part of the middle of the body (height of the ribs and liver), in MMA the attacks are distributed in a ‘better’ way, since there may be kicks to the body (legs, torso, head), grabs, submissions, elbows and knees, so there are more striking zones.

The gloves are another point to take into account, since in MMA the hands are left uncovered, while in boxing they are more closed and therefore more padded, reflected in 8-10 ounces in boxing, while in MMA they are 4 to 6 ounces, being more exposed to a forceful blow.

‘Pugilistic dementia’ is treated under the term chronic traumatic encephalopathy (CTE), it is the neurodegenerative disease initially identified in 1928, known as ‘Punch Drunk’ that affects boxers and American Football athletes mostly.

According to the WHO (World Health Organization), about 17% of retired professional boxers have this syndrome, which is born from the greater accumulation of concussions (mild head injuries) due to blows received.

One of the best-known cases in boxing was the debacle of world champion Muhammad Ali, who ended up with what is called chronic traumatic encephalopathy, which led to dementia and Parkinson’s disease.