Argentine football 2021: few jewels in the mud of mediocrity | Under, emergence and youth between the confusion and the tongo of our main sport 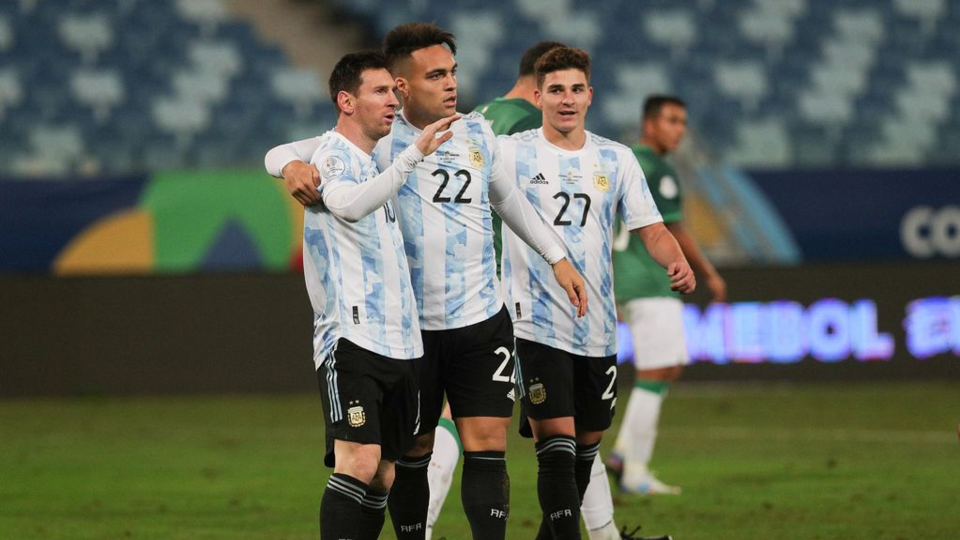 Let's be good to each other: if it weren't for the unexpected explosion of the National Team in the Copa América, as the founding milestone of the

Argentine football 2021: few jewels in the mud of mediocrity | Under, emergence and youth between the confusion and the tongo of our main sport

Let’s be good to each other: if it weren’t for the unexpected explosion of the National Team in the Copa América, as the founding milestone of the Scaloneta, during this 2021 that has already ended Argentine football would only have given us reasons to set it on fire, throw it out the window and pray that the wind carries the ashes well away from here, with the illusion that everything is recast from zero (before it is recast and leaves everything to zero, which sounds similar but is almost the opposite).

The Maracanazo with the Vaseline of Angel Di María, the exorcism after several lost finals and the novel of Lionel Messi with PSG kept us attentive to what was happening in the afterlife. Which is also to say that he distracted us with what happened more here, very close to the teams for which we support and our daily rituals.

A semantic rarity: this year, the folklore of the Argentine fulbo found epic tales anywhere but in Argentina: from Rio de Janeiro to Barcelona and Paris, passing through the Persian Gulf, with Doha on an assured horizon and Ryad as the unusual headquarters of a Maradona Cup. The final scene is Kun Agüero&#8217;s farewell in Barcelona, ​​where he only played five games. A fact that -although it hurts- reflects a reality: for two years he seems more interested in streaming than in recovering that level.

Because while we give muscle and argument to that dream that is encrypted in Qatar 2022, the entire domestic system that -in short- serves as &#8220;kilometer zero&#8221; of any attempt at world projection swung between the unusual, the ridiculous, the painful and the gruesome thing. Since the elimination of the descents &#8220;due to the pandemic&#8221; that turns the Primera tournament into a small-time eyesore (not to mention the National B, which almost as if it were a poetic tribute lives its own quarantine since it already touches that amount of participating teams) to events that open our eyes like two eggs full of surprises and not pleasant ones.

► A farce without protocols

The last of the sainetes was that penalty only possible in the interpretation of Nicolás Lamolina -one of the many &#8220;sons of&#8221; who make the Argentine referee an unbearable nepotism- that ended up ruining the definition due to promotions from the second category. That night, the referee, Quilmes and Ferro dominated the trends in social networks and were the broth of the memecracy.

Meanwhile, Barracas Central had not one but two chances to reach the First. The team whose stadium bears the name of Chiqui Tapia, head of the AFA, is chaired by his son Matías and is directed by Rodolfo de Paoli, the official reporter of Tournaments and Competitions, received abundant benefits for &#8220;controversial&#8221; rulings -to say-. Among them, nine penalties. But you don&#8217;t have to be badly thought out -or yes, whatever-.

As if that were not enough, not even the return of the public to the stadiums allowed it to be added as an organizational merit: in full view of all the cameras we witnessed the burlesque way in which all the &#8220;partial capacity&#8221; intended to progressively bring a return that In truth, it went from zero to one hundred at first and could never be solved.

With this background, there are no great expectations that the protocol of the sanitary pass will be fulfilled to enter any field as of February. As always, we will only have to pray, in this case so that the Ómicron strain does not push a third wave that would become a paunch between the piling up and the lack of control.

What a good question! Soccer left us very little: from a denatured tournament because River made an exaggerated difference from all the others (that is why it was consecrated four dates before), to another where Boca was enough to score just one goal in its last four games to lift a glass. Taking that out, there wasn&#8217;t too much. Virtually nothing, in fact.

Only soporific matches, little goal, a lot of simulation, players that not even the fans of the same team register and the rapporteurs themselves yawning. &#8220;Let this end at once! Let&#8217;s go directly to penalties!&#8221;, Exclaimed the commentator in the final of the Argentine Cup, while the players seemed more interested in going on vacation, and made us remember that chapter of the Simpson with Pele.

The first title of Colón will remain for the anecdote (which seems to be from another year, because in a pandemic we have already verified that time passes slower than usual), some expectation of Workshops to break the monotony of Bover and a galloping closure that allowed him to Defense and Justice reach the second runner-up in its history.

That and, of course, the irruption of Julián Álvarez, one of the few jewels in the mud of mediocrity, and perhaps the only Argentine soccer player who can seriously aspire to travel to Qatar. Everything else that 2021 left us on our courts will soon be forgotten. Luckily, the World Cup is at the end of 2022 and it will serve as a carrot to go through the year without getting bitter about what we have close to: immutable matches, whatever category it may be, with balls that seem punctured, legs listless, referees with horse blinders and an AFA that is in anyone.

As always, we entrust ourselves to the messianism of Lionel and the Scaloneta to distract us from all this, to the extent that no unforeseen tarnish the party. Although you never know, of course. Anyway, the worst will come later.