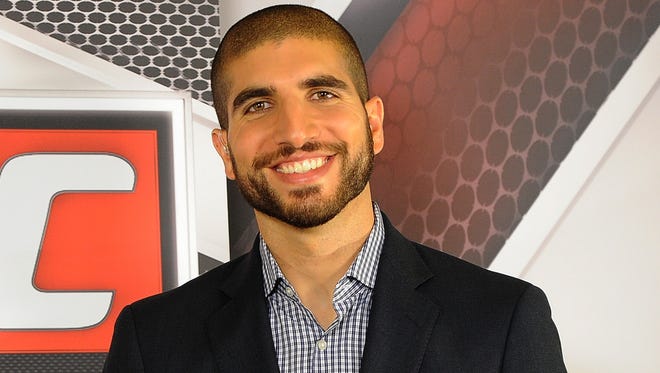 Ariel Helwani has been pushing tirelessly to introduce an open scoring system in MMA. Helwani has always claimed that this system would greatly be

Ariel Helwani has been pushing tirelessly to introduce an open scoring system in MMA. Helwani has always claimed that this system would greatly benefit MMA, primarily because fighters and their trainers will know where they stand in the fight from a points perspective.

Al Iaquinta apparently disagrees with Ariel Helwani on the implementation of open scoring in MMA. Iaquinta disagreed with Helwani, stating:

“The drawback is that he is not fighting. To know the score, it’s like a sports thing. This is the essence of liking, that’s what it’s all about. Baseball, basketball, football, those guys are basically, they’re fighting each other. And they agree not to fight. They’re not going to hurt each other.”

The 35-year-old explained that in a non-combat sport such as baseball, football or basketball, opposing players and teams agree to fight each other to see who is better.

“So the score doesn’t really mean. It’s like, you know, we’re competing in this game, and that’s the score. When you’re watching a fight, you know who’s winning. You can see who is winning the fight, who is not winning the fight. To put a number on it between rounds, that’s not combat. That’s not fighting.”

VIDEO | MMA fighter mocks Christian Nodal’s tattoos: “he is very down”
VIDEO: Brazilian soccer player throws a brutal flying kick ‘a la MMA’ to the face of a rival and is expelled
“Herida”, the ideal Netflix movie for fans of the UFC and action
UFC/MMA 939