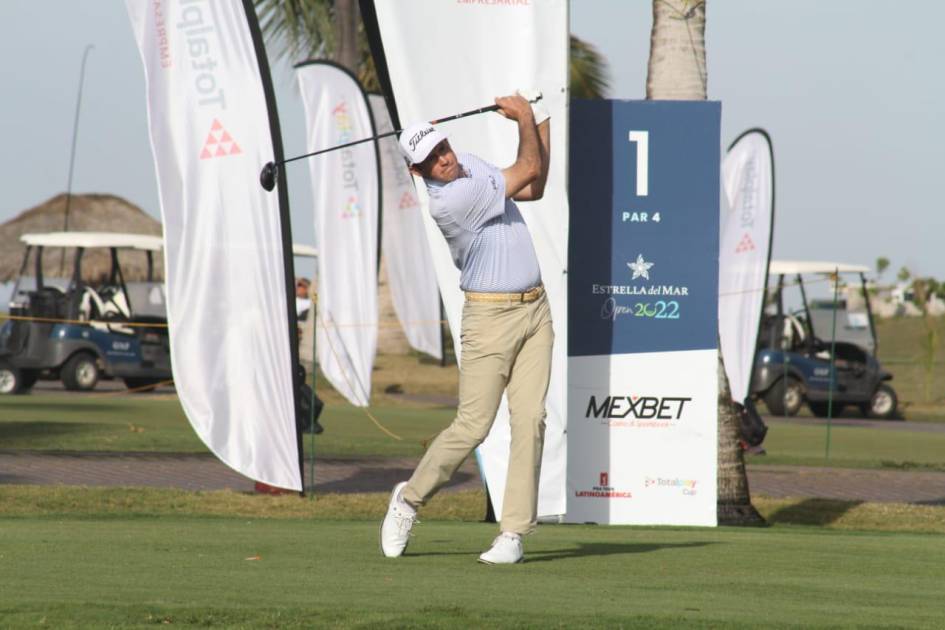 MAZATLÁN._ The Mexican golfer Armando Favela masterfully closed the third round to share the first position of the Estrella del Mar Open 2022 Gol

MAZATLÁN._ The Mexican golfer Armando Favela masterfully closed the third round to share the first position of the Estrella del Mar Open 2022 Golf Tournament, which is held in the port.

With a total of 199 shots accumulated in three rounds played so far in the competition belonging to the PGA Tour Latin America, Favela is at the top of the general table, along with the Americans Anthony Paolucci and Matt Ryan.

In what was one of the most intense rounds to date, Favela managed to complete his 18 holes registering a minimum of 66 touches of the ball, in order to catch up with Paolucci and Ryan, who were above the Mexican.

For his part, Paolucci closed the day with 67 hits, while Ryan repeated the number reached by the Mexican, thus finishing the three players accumulating the same number of units.

In such a way, that this Sunday the competition will be quite closed, since the three competitors will put their skills and techniques to the test, in order to reach the end of the course with the least number of hits connected.

Both Favela, Paolucci and Ryan will not only depend on their abilities on the field, but they will also have to maintain great concentration, since any mistake could cost them the championship.

Although things feel tight at the top, further down the road the situation is by no means far apart in terms of chances, as shared fourth and three fifth positions are hot on the heels of the leaders.

In fourth place is the Mexican Jorge Villar, who despite feeling a bit far in the standing positions, the reality is that he is only one shot below the three leaders of the fair.

Villar closed the third day with 66 hits registered, accumulating a total of 200, so the fight to get into the first three places is still clear for the Mexican if he manages to close the last round with good numbers.

Others who are also in the fight for the top are Stephen Stallings Jr., from the United States, Emilio González, from Mexico, and Cristóbal del Solar, from Chile, since the three share the fifth position with a total of 201 hits.

This Sunday the last day of the Estrella del Mar Open 2022 Golf Tournament belonging to the PGA Tour LA will take place, which will begin at 8:00 a.m. and end at approximately 2:00 p.m.

At the end of the tournament, the award and closing ceremony will be held at the facilities of the Estrella del Mar Club House.

Loading...
Newer Post
Juan Toscano got the second place in the Slam Dunk Contest 2022
Older Post
MotoGP: Improvements to the Mandalika circuit before the Grand Prix