Artur Beterbiev knocks out Marcus Browne in the ninth 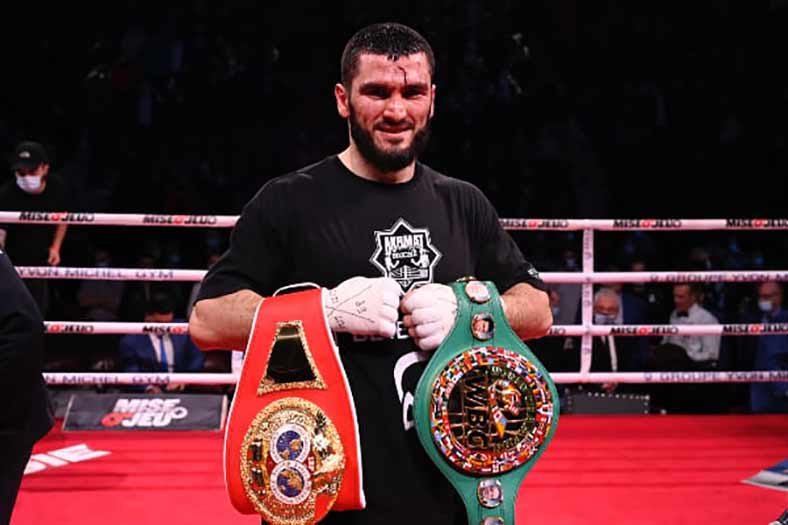 The Russian fighter Artur Beterbiev retained his super middleweight belts from the International Boxing Federation (IBF) and the World Boxing Council (WBC), after knocking out the American in the ninth round Marcus browne, at the evening held at the Bell Center in Montreal, Quebec, Canada.

Browne’s ability and left-handedness complicated Beterbiev in the opening rounds. The fight changed in the fourth round after a fortuitous head clash. Both fighters were cut but it was the Russian who ended up with an impressive cut on his forehead.

Beterbiev had to deal with heavy bleeding, thinking that the fight would stop, he put more pressure and began his typical demolition fight with continuous body shots that were sapping Browne’s physique round after round.

In the seventh round, Browne was knocked down but managed to hold on with his heart lengthening his agony. Finally in the ninth round Beterbiev ended the fight with a blow to the liver from which Browne did not recover.

At the end, Beterbiev declared:

We won this fight ”,“ This is another experience in my career. This is boxing. You never know what happens in boxing. “

“The blood doesn’t bother me”, “It’s a fight this happens. I always go for the knockout. “

“I am happy to get the victory. I have two world titles. I’m open to fighting the other champions in my division. “

“I am happy to have had the opportunity to give the great fans of Montreal a memorable championship fight,” said Beterbiev.

After this victory, the boxing fan dreams of a fight between Artur Beterbiev against Saúl “Canelo” Álvarez. However, after this great demonstration by the Russian, it is unlikely that “Canelo” will face him now and expect him to lower his level.

At super middleweight, Steve Rolls (21-1, 12 KOs) prevailed by knockout in the ninth round over Christopher Brooker (16-9, 6 KOs).

The 5 best fights in boxing history: Muhammad Ali starred in one of them
Boxing card ‘Tribute to World Champions’ will have even matches
Boxing: Keith Thurman announcing his next rival soon
BOXING 1351