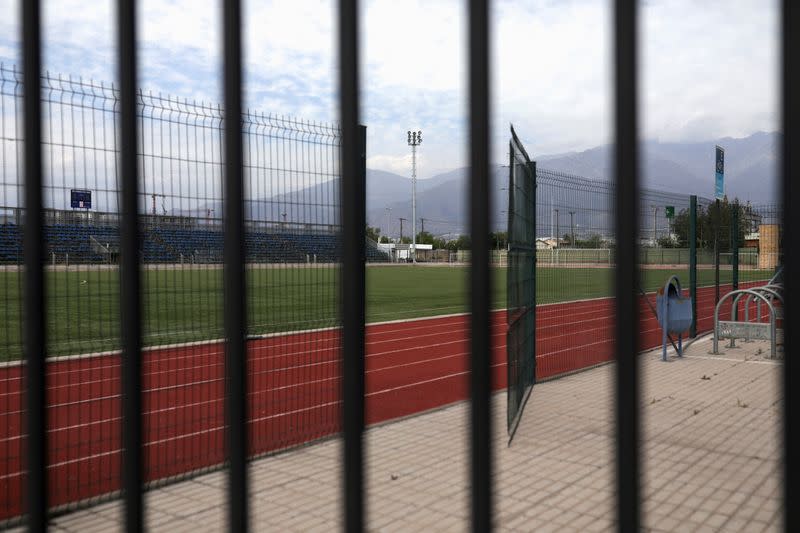 Nov 3 (Reuters) - The name of Chilean midfielder Arturo Vidal was removed from a stadium in the Santiago area where he was born by local officials,

Nov 3 (Reuters) – The name of Chilean midfielder Arturo Vidal was removed from a stadium in the Santiago area where he was born by local officials, prompting an angry response from the Inter Milan player.

The mayor of San Joaquín, the Santiago commune where Vidal was born, said they made the decision to remove the midfielder’s name due to “misunderstandings” that the combative player had helped finance its construction.

Vidal, however, said he asked to have his name removed amid a dispute over access to the enclosure for young players.

“The stadium was built with money from the regional government,” Cristóbal Labra, mayor of San Joaquín, told the Chilean website Redgol. “That is why it was decided to remove the name and leave it as the Municipal Stadium of San Joaquín.”

However, Vidal, a former Juventus, Barcelona and Bayern Munich player, said he asked authorities to remove his name from the 3,000-seat stadium.

“We had a project to build soccer schools, draw players, and we never found good responses from the stadium,” Vidal said in an Instagram live broadcast on Tuesday.

“It was unfair, because if I lent my name without asking for anything, they had to give us a space in the stadium to train and play sports, give the opportunity to many children of San Joaquín as they gave it to me.”

Vidal laid the first stone in the stadium in 2012 and attended its inauguration in 2016, the year in which it won the second Copa América in its history in two years with Chile.

Pain in English football due to the chilling injury of a young Liverpool player in the game against Leeds
Guardiola: “Nobody could imagine what Messi did to PSG”
Carlos Salcedo adds followers but no one makes an offer
FOOTBALL 1194