As a golf destination, Dubai scores a hole in one 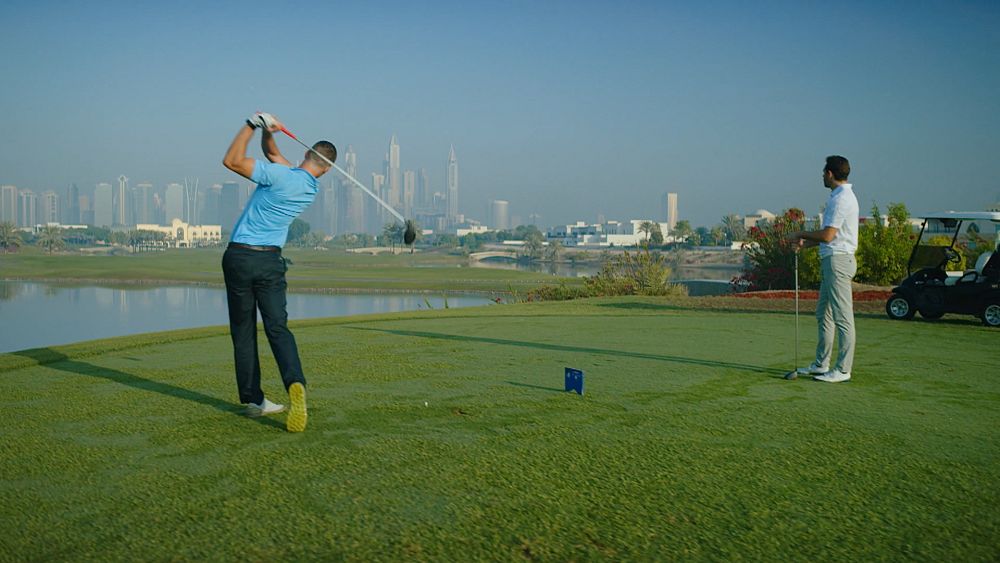 In Dubai, the golf season is in full swing starting in October. With 18 world-class courses in the UAE, all of them easily accessible; and 13 in

In Dubai, the golf season is in full swing starting in October. With 18 world-class courses in the UAE, all of them easily accessible; and 13 in Dubai itself. Golfers are spoiled for choice. Hosting major tournaments, the championship courses Earth at Jumeirah Golf Estates and Faldo and Majlis at Emirates Golf Club are seen on television around the world.

&#8220;The Majlis is a very special golf course for many people,&#8221; says Christopher May, CEO of Dubai Golf, the management company of the Emirates Golf Club. &#8220;It is the first grass golf course in the Middle East. It was built in 1987 and has been instrumental in the growth of golf in the region, hosting the annual Dubai Desert Classic since 1988.&#8221;

Golf legends who have left Dubai with a trophy in their suitcase include Tiger Woods, Rory McIlroy and Stephen Gallacher. Paul Casey, Lucas Herbert, Bryson DeChambeau, Minjee Lee and Nuria Iturrioz are among the most recent winners.

Dubai is renowned for its five-star hospitality and the premium dining and viewing experiences on offer alongside free general admission for golf spectators. The star-studded golf calendar opens each year with the women&#8217;s tournament Omega Dubai Moonlight Classic (October 27, 2021), which is played in the Faldo field.

The season of the Race to Dubai &#8211; a competition to crown the number one player on the European Tour &#8211; reaches its climax with the DP World Tour Championship (November 18-21, 2021) at the Earth Course at Jumeirah Golf Estates. The most important event of all, the Slync.io Dubai Desert Classic (January 27-30, 2022), is played on the Majlis Course at the Emirates Golf Club. It is part of the Rolex Series from 2022, and its € 6.8 million prize fund attracts the world&#8217;s top golfers.

You don&#8217;t have to be a professional to enjoy Dubai&#8217;s golf courses. Outside of tournaments, the fields are open to all players.

&#8220;We have many great golf courses. We have 18-hole golf courses designed by iconic golfers such as Colin Montgomery, Ernie Els and Ian Baker-Finch,&#8221; says Mark Chapleski, vice president of the golf club management company. Troon International. &#8220;Plus, you won&#8217;t find a better climate from November to the end of April &#8211; one of the best climates in the world.&#8221;

In addition to the 18-hole courses, there are nine-hole options, including the illuminated courses at The Track Meydan Golf and Trump International Golf Club, which allow rounds to be played in the evening. Also open day and night, TopGolf it&#8217;s a different driving range. Players hit microchipped balls against a field of giant dartboards that look like dart boards to score points. Inside, there is crazy golf for the kids, as well as bars and restaurants.

Golf readiness is thriving in Dubai, with luxury hotels and award-winning restaurants rewarding players with gourmet cuisine, spa treatments and suites overlooking the golf course. The award-winning Carine, run by acclaimed local chef Izu Ani, is a golf stalwart. The new restaurant is The Orangery, an eclectic venue inspired by the Phileas Fogg adventure, where fish and chips is, in fact, a generous dollop of caviar served over a smoked fish mousse quenelle garnished with multi-colored potato chips. With such joyful courses, the so-called &#8220;19th hole&#8221; should not be missed.