As if in a boxing ring, two men hit each other over a chair on the MIO bus in Cali 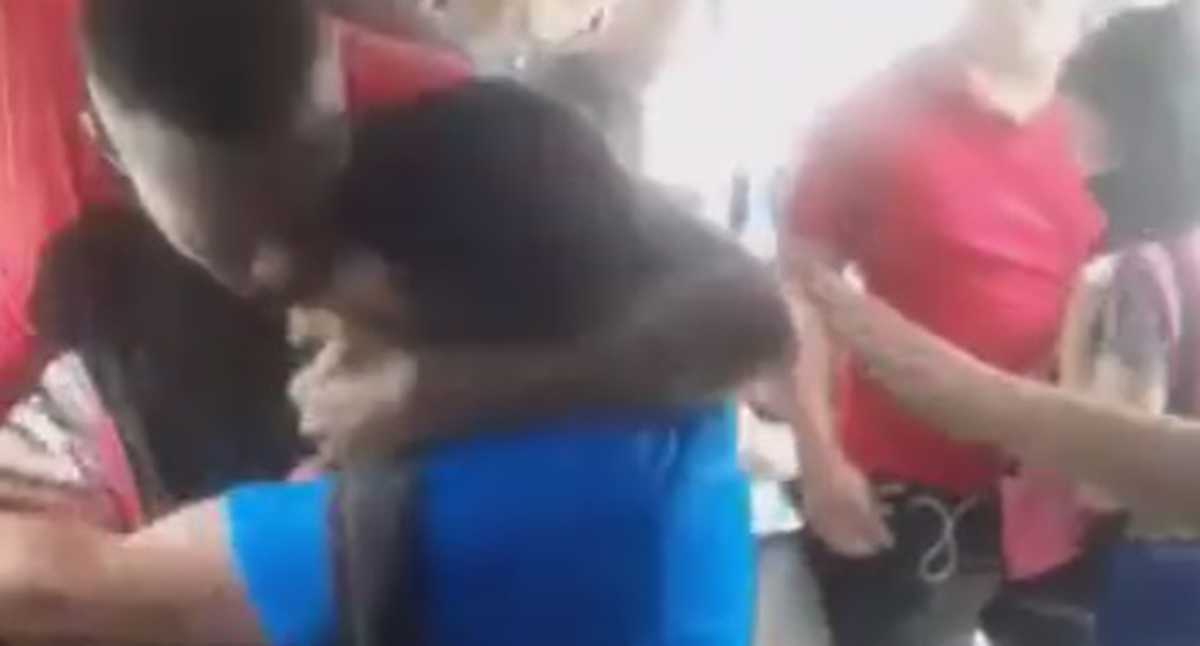 It seems that the attacks against the buses of the Masivo Integrado de Occidente (MIO) in Cali and the robberies within the system are not enough.O

It seems that the attacks against the buses of the Masivo Integrado de Occidente (MIO) in Cali and the robberies within the system are not enough.

On this occasion, before the astonished gaze of the other passengers, two men physically attacked each other inside a bus.

As if they were in a boxing ring, these two subjects hit each other, apparently due to occupying a bus seat.

In a video recorded by a passenger, the embarrassing fight was evidenced during a tour of the T50 route.

The images show a man wearing a red shirt and another wearing a blue shirt. They both literally grabbed each other by the neck while yelling expletives at each other.

In social networks, system users rejected this type of behavior within the MIO.

Regarding this case, another act of intolerance was also known: a system bus was attacked, as has happened on several occasions, with a blunt object.

Near the Conquistadores station, an unknown individual threw a brick at the vehicle, causing damage and leaving two people injured.

Some citizens pointed out that these attacks continue to occur because those responsible, despite being captured, ask for forgiveness and are exempted.

After the attack, councilman Roberto Ortiz pointed out: “Vandalism aimed at intimidating those who use this means of transport, authorities must act in accordance with the law, no more forgiveness for these vandals who destroy.”

Metrocali, MIO’s regulatory entity, has not commented on these recent events within the system.

They find fecal matter on a bus

The discovery was made by an MIO driver, on route T47B, when he was preparing to store the vehicle in the system’s yards after finishing his workday.

So far, it is unknown if the excrement is from a human being or an animal, as it should be remembered that the transport of small pets is allowed in the MIO.

However, the fact reveals the recklessness of a person who would have defecated inside a bus or someone who did not pick up the feces of his pet.

Users, for the moment, have criticized this behavior on social networks: “The MIO has to improve many things in its service, but we citizens must also do our part by taking care of it, since we use this means of transport. Values ​​come from home”.

“All this is due to a lack of controls, a lack of civility, because everyone does what they want. Previously, there were controls”; “How unpleasant, really, the person who did it is wrong”, denied other users.