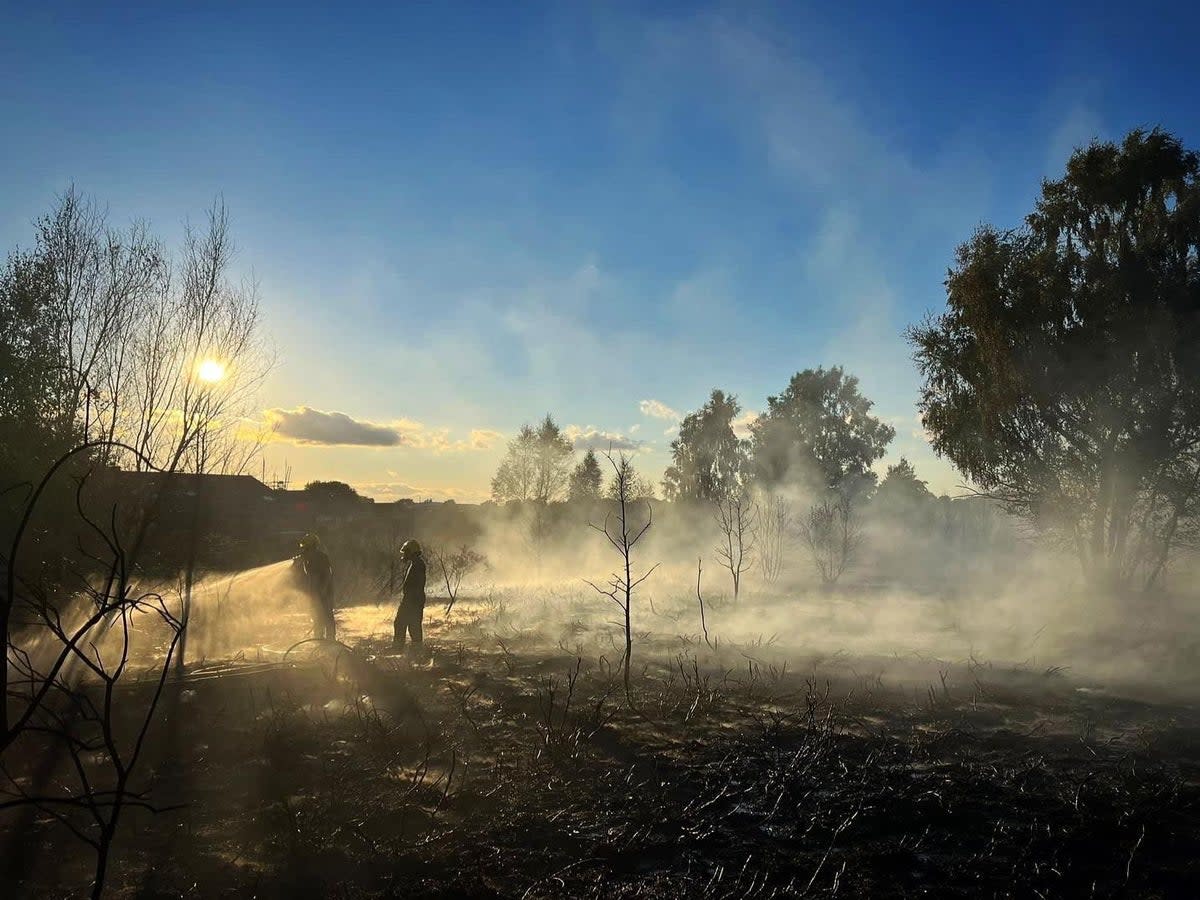 A group of firefighters was attacked with golf balls while putting out a “deliberate” fire in a nature reserve.

They managed to extinguish it shortly before 10 pm and prevent it from spreading to a nearby entertainment center.

Nottinghamshire Fire and Rescue Service said its firefighters were assaulted while battling the blaze.

“A deliberate fire was started in the Oak Tree Nature Reserve last night and our crews were attacked while carrying out their work,” he said.

The fire service called this “unacceptable” and asked anyone with information to contact the police.

Information is being requested on the arson, to which firefighters were alerted shortly before 7:00 pm, as well as the attack on crews.

Andy Macey, Area Director of Nottinghamshire Fire and Rescue Service, said: “Deliberate fires put lives at risk and take away from our fire engines the ability to deal with other life-threatening incidents.”

Seven fire trucks and two water trucks from the Nottinghamshire and Derbyshire Fire and Rescue Services responded to the fire in the nature reserve on Friday.

“With extreme weather, we are already dealing with more incidents than usual, and deliberately starting a fire unnecessarily consumes our resources,” Macey said.

“Attacks on our teams as they go about their work are completely unacceptable and we will work with our police colleagues to identify those responsible.”

Loading...
Newer Post
Who leads the Las Vegas NBA Summer League in points? Summer League Top Scorers
Older Post
I have seen Mexican soccer since I was a child