“At Recreativo I had the feeling of enjoying football” 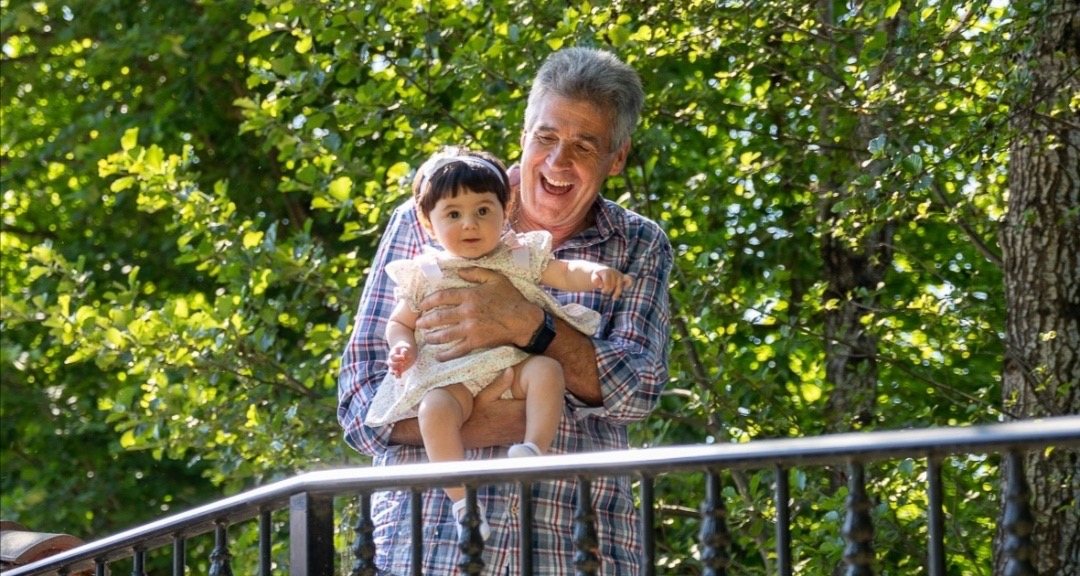 Today a former Recreativo player appears in this public gallery, a great friend of mine, whom I met

Today a former Recreativo player appears in this public gallery, a great friend of mine, whom I met when he came to play for the Dean and with whom I continue to maintain regular contact, which makes me happy, since José Alberto Garmendia Martínez, who is the one whose It is about, he is one of those people you can trust in life, he is endearing, with clear ideas, talkative, empathic, optimistic, hard-working, now grandfather, with a high sense of friendship, and above all, what around here below we call very “güenagente”

Alberto was born in Zarauz, he is already 65 years old, he has just retired and is happy in his land. In the sports part, he started as a goalkeeper in the lower echelons of Alavés, where he climbed the steps until he reached the first team and in the Vitorian entity he is linked to it for 10 seasons, but the time has come to meet new sensations and other teams, so he goes to Salamanca to play in the highest category of national football, where he only plays for one campaign, to later sign for Albacete where he plays for three years and join Recreativo de Huelva, where he commits for 4 seasons, to finish his career as a footballer in Ibiza, where he only plays half a season.

It should also be noted that he played for the Guipúzcoa national team, of which he feels very proud.

Once he hangs up his gloves, he starts as goalkeeping coach at Alavés, 9pm with Mané and then at Rayo Vallecano with Pepe Mel as coach.

The recreational of Huelva in which he militated

He has also been a commentator for Cadena Ser in Vitoria, analyzing the “glorious” matches

When I call him to chat for a while to prepare this interview, he doesn’t hesitate and how could it be otherwise he accepts, but the very “joio” takes his time and when we start we do it this way:

What is your opinion of the situation we are in?

With a strange feeling, it seems that we get used to everything, but as almost always, there are people who do not value anything that has been achieved so far, which has not been little, because at least we can now be calmer.

After more than 2 years of the start of the pandemic, how do you think life has changed and especially in the world of football?

I would like us to realize that it was the first time, and that there are those who have not learned anything, perhaps because nobody expected it, from now on we must be prepared in case another virus returns. In relation to the world of football, at the beginning of the pandemic we were deprived of going to the stadiums, but otherwise, everything remained the same and is now fully normalized. 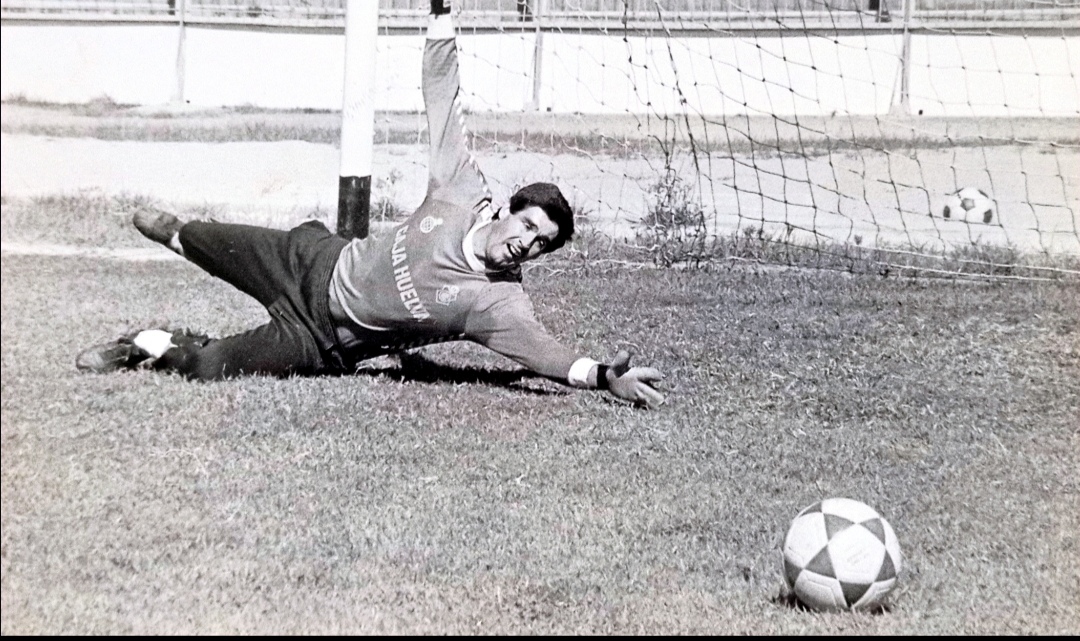 Trying to catch a ball

Have you been scared at some point?

More than fear, concern in recent months, especially for what a war represents, which is why I want the war conflict to be resolved as soon as possible.

What projects do you have for the future and what are you doing now?

Once retired, my main project is to enjoy life as much as possible, yes, everything that my body allows me, fundamentally with my family and my granddaughter, which is what I do most at the moment. Now I have a great time walking through the mountains and the beach, and of course traveling a lot. 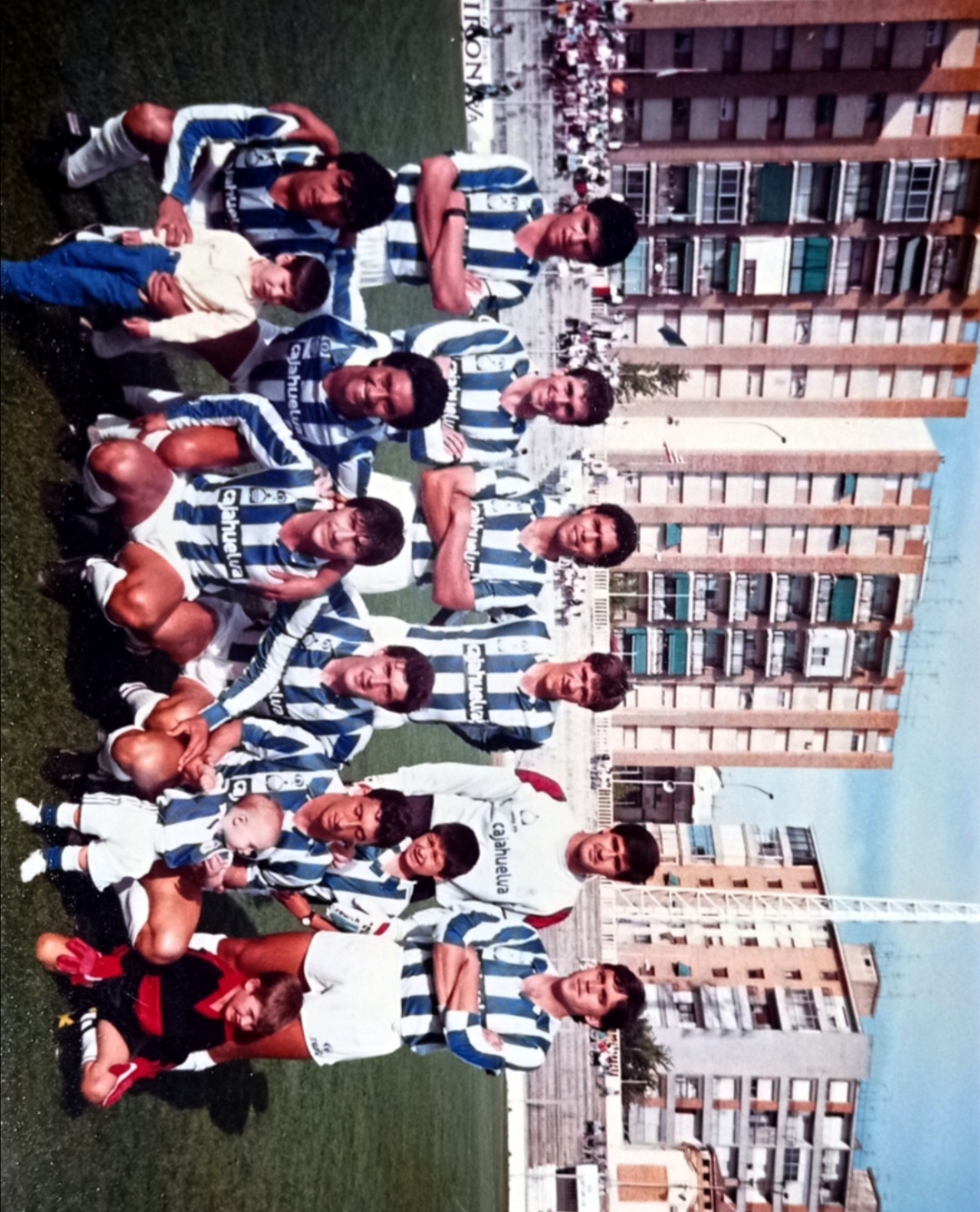 El Recreativo in a color photo

What did signing for Recreativo mean to you?

I had the feeling of enjoying football, with its good and bad aspects. There I noticed a change in my life, which I thought could not be possible, from what I had lived until then and as I did in Huelva. I have wonderful memories of Recre and Huelva in the 4 years I was there. 3 years ago I was visiting that land and the truth is that I had a great time.

What are your best memories of your professional life as a footballer?

Without a doubt, playing with the Gipuzkoan national team in my beginnings as a footballer, which made me make the leap to Alavés, then the debut in the second division with the Vitoria team, the promotions experienced with Alavés and Albacete, the two Columbian trophies that we won the first years in Huelva and of course, of the amount of healthy people that I surrounded myself with. 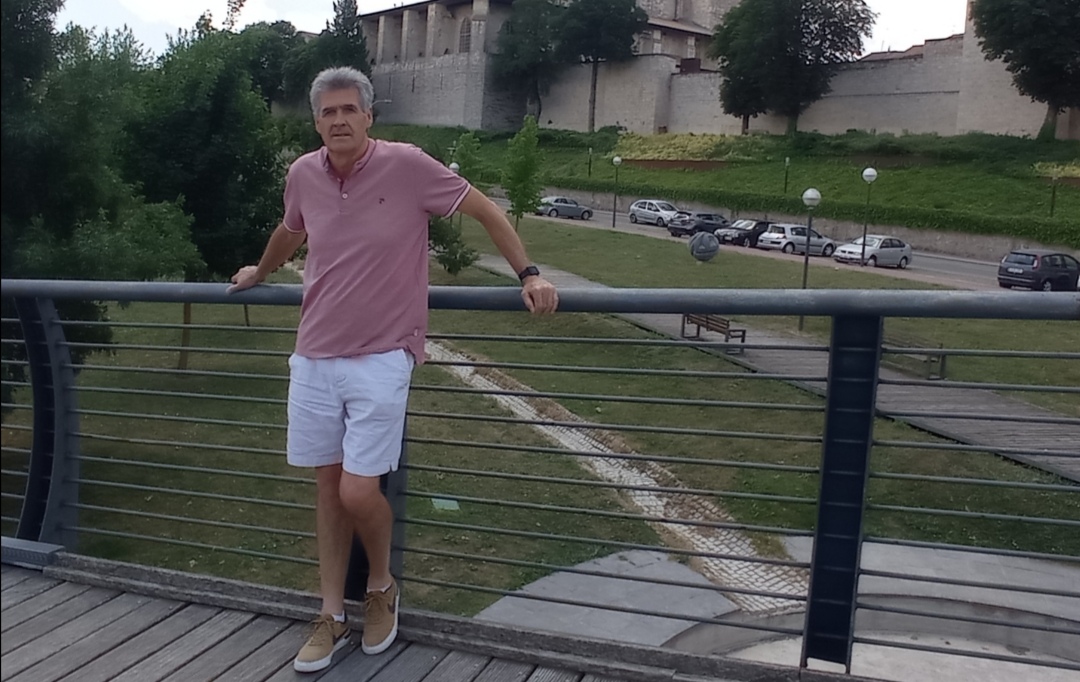 Garmendia poses in front of the camera

Which players have impressed you in your life and which coaches did you learn the most from?

As a goalkeeper for the legendary José Angel Iribar and as a Messi player. As coaches, you learn a little from everyone, but I am going to highlight a couple of them, Ben Barek, when I started at Alavés and then Víctor Espárrago, who was a friend and the coach with whom I really liked working.

What would be your ideal eleven of your teammates?

It would be about players from my first year at the Dean: Goalkeeper: Castell; Defenses: Jaime, Tirado, Juárez and Cumbreño; Midfielders: Márquez, Luzardo and Cristóbal; Forwards: Rodríguez, Merayo and Alzugaray.

What difference do you find between the football of your beginnings and the current one?

Football is football and it will continue as always, but it is true that it has changed a lot, because now there are tools that make many things perfect. In my beginnings, there were no goalkeeping coaches, nor physicals, to cite a few examples that would be unthinkable today, apart from specific technical systems, work in gyms, prevention, diets… Everything is brutal in relation to what we had then. 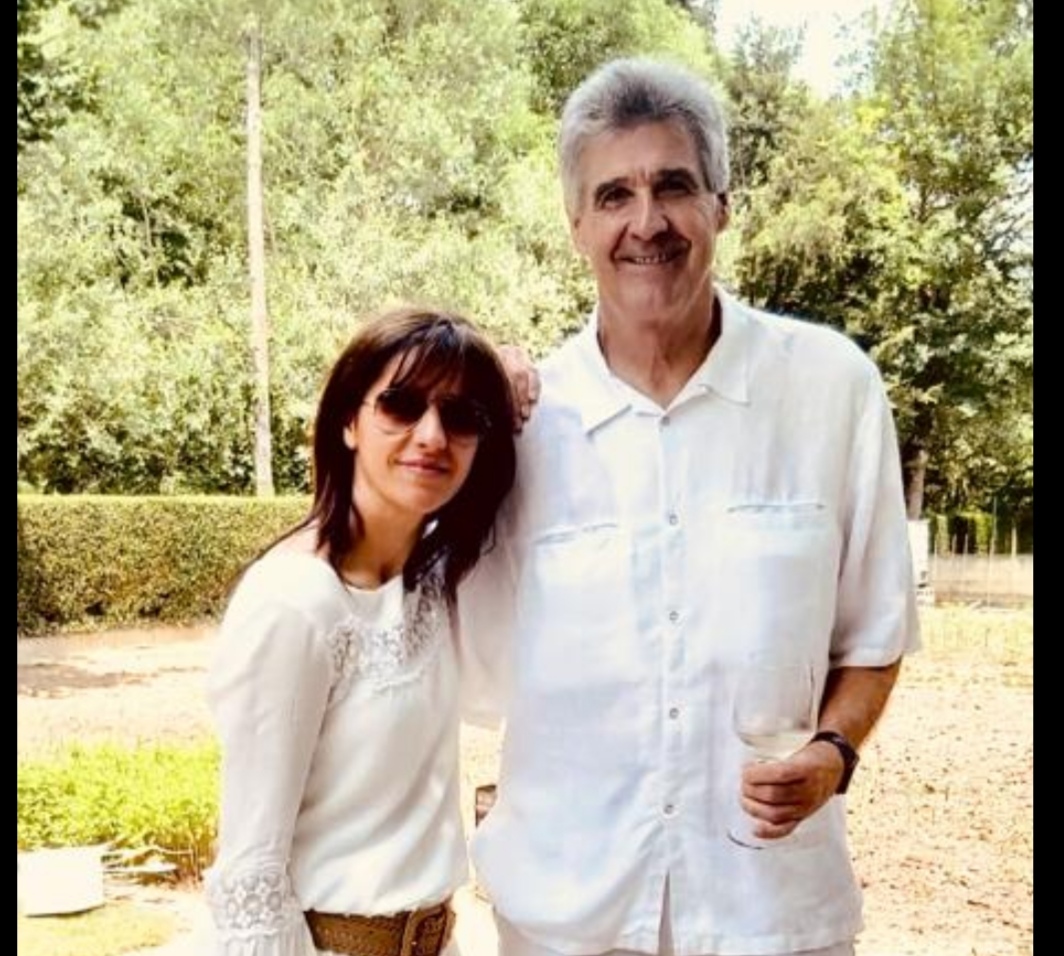 What would you delete from football?

It would remove the falsity of the people who are within football itself and the parents who only see Messi, Ronaldo and other famous players in their children.

Are you a fan of VAR?

Yes. But with greater agility, and that the teams do not create so many doubts, because it is always good to have fairer football, where no one is unaware that the arbitrations have favored the big teams, which I also think they do not need , what we have to hope for is that it is perfected and you can enjoy, as I said before, fairer football. 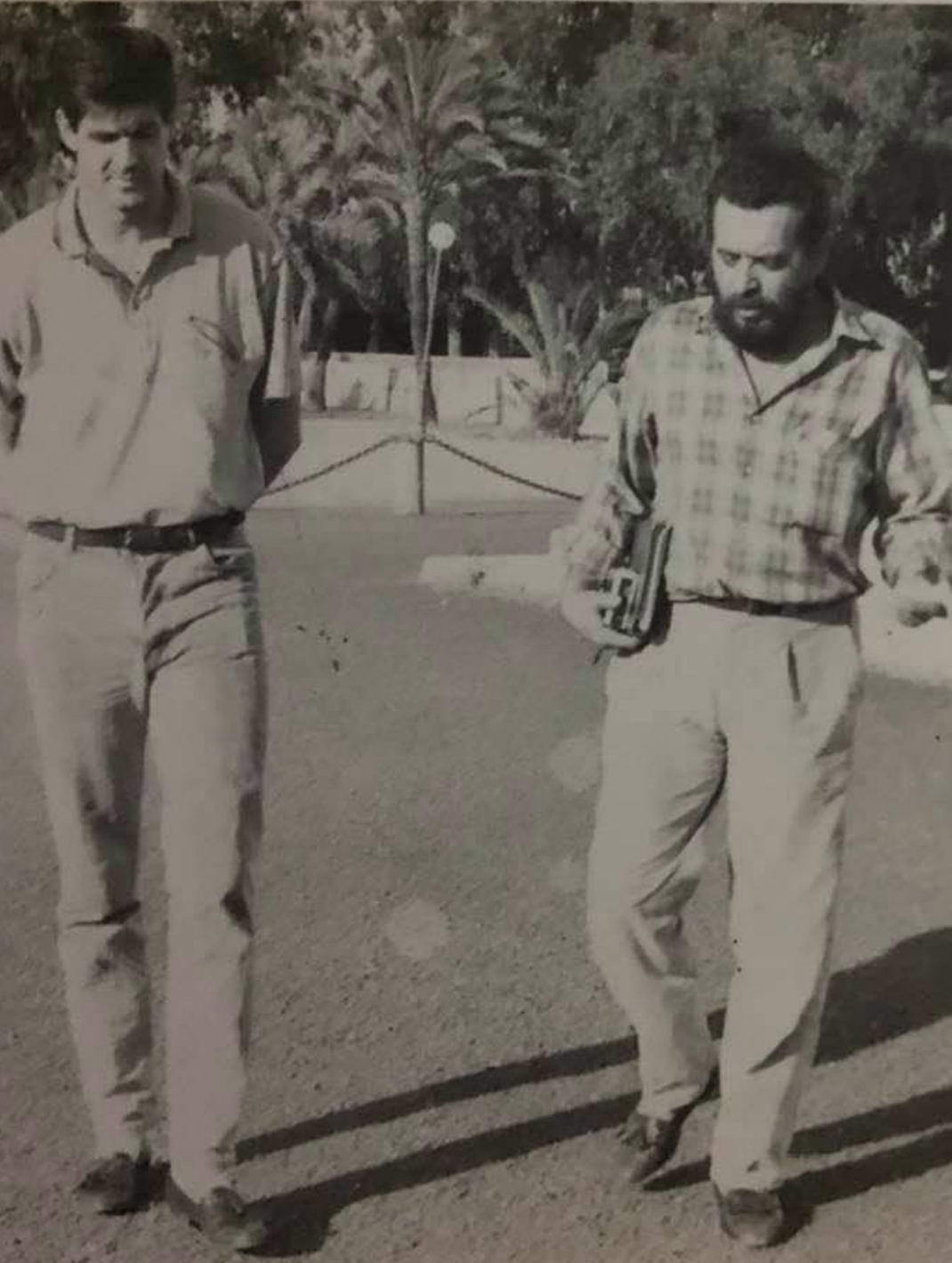 What was your childhood like and what did you dream of being when you grew up?

What time José Luis!. Playing every day in the street, I practiced all kinds of sports, until one day I got under a goal and started working and enjoying that position on the pitch and I achieved great things thanks to my father’s advice.

Dreaming, I didn’t dream, I went to train every day with great enthusiasm and with my mind set on climbing steps, I also saw my idols, Iribar and Arconada, very far away.

Who has been your reference in life?

Without a doubt, my father, with whom I empathized a lot and directed me until I became a professional. I never had coaches who liked to work with goalkeepers until I went to Recre with Víctor Espárrago.

That you have made me remember that beautiful time that I lived in Huelva and that great family that is the Recreativo, to whom I thank for the hospitality that they gave me the 4 wonderful years that I was with you and of course a very special memory for the fondness for the exquisite treatment they gave me.

Photo of the football team in which he played

Alberto, my friend, it has given me great joy that you have appeared on this public platform, and I am looking forward to being able to meet again like three years ago, when you were to see us in El Portil, of course, enjoy and treat yourself as much as you can to your granddaughter

Tags: recreational, Huelva
Golf Huelva la Luz shows its offer to tour operators from six countries
The golf sector in Huelva recovers with direct income of more than 32 million in the last season
There are already prices for subscriptions and tickets for the Final Phase of Ascent of the City of Huelva | Huelva24
FOOTBALL 3176

Loading...
Newer Post
Floyd Mayweather and the reason why he hates the Mexican gloves “Cleto Reyes”
Older Post
F1 sprint race: what it is, how it works, points and qualifying format