ATHLETIC 3- BETIS 2 | Marcelino: “Until today football had been very unfair to us” 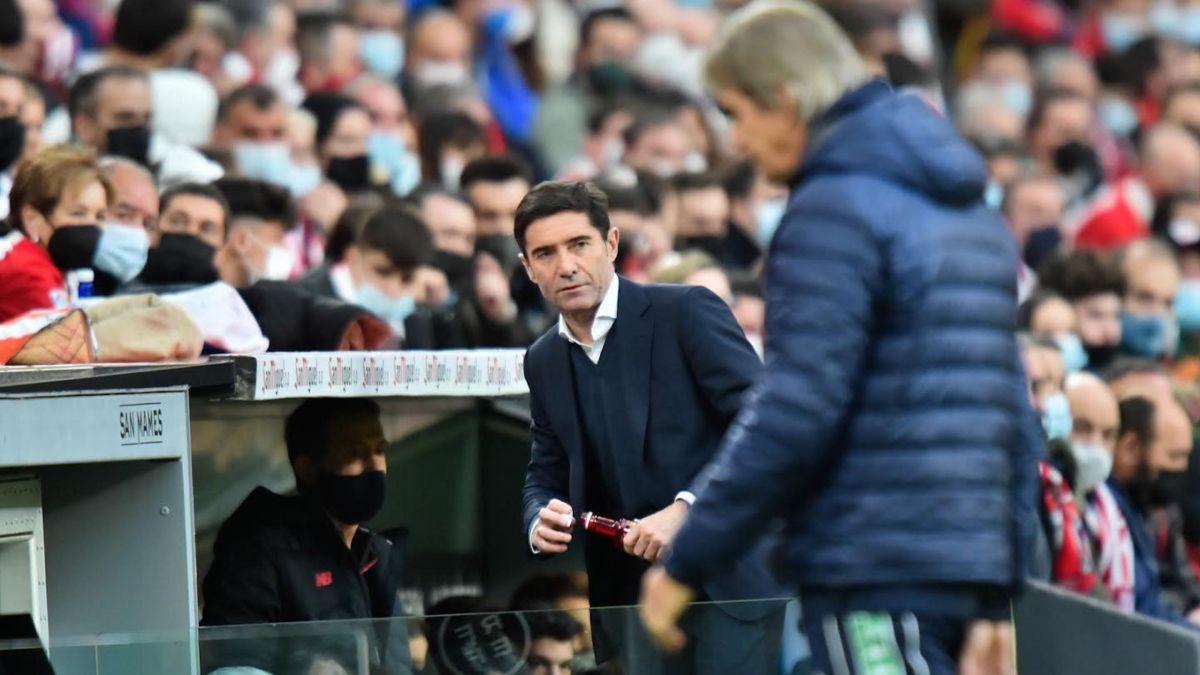 Marcelino García Toral, Athletic coach, he slipped that he was left after knocking out Real Betis in San Mamés "a very good feeling because we bea

Marcelino García Toral, Athletic coach, he slipped that he was left after knocking out Real Betis in San Mamés “a very good feeling because we beat a great rival” and that leaves him “tremendously happy. Until today, football had been very unfair to us, “he highlights after eight games without winning.. The coach emphasizes that “success decides the goals, although we fit two because of the way we fit them.” He acknowledges, however, that he played “better” against Sevilla and in that case they fell to the knee.

Marcelino insists that the results did not correspond to the merit of the team, so “we needed victory to endorse what you do a lot and well,” he says. A doublet of Williams that “it sure boosts your confidence” to catapult you into the choral mood. “They deserve it and now in three days another extraordinary game”, qualifies of the appointment against Real Madrid. “These players never give up, there is no reproach to make them,” he stresses.

The rojiblanco coach remembers that this team did not show never “apathy or not creating or working” in an irregular League that does not propel them, for now, to the noble zone. It stands out that the substitutes were decisive in this case because of “that freshness and dynamism” with that assistance from Sancet and the goal from De Marcos, who entered as a refreshment or that Zarraga distilled more triangulation. “He gave us more than the other day”, assesses the steering wheel from Getxo. The wear is evident after such a demanding stake with Betis: “Yeray played the whole game lame, we will see what the evolution is”Marcelo alerts for Wednesday’s stake, in which he will have to adjust his pieces before the end of the year.

Bundesliga: The 10 most valuable footballers 2021-2022
Koeman points to doctors
Nobody wants to leave PSG
FOOTBALL 1119

Loading...
Newer Post
State selectives for weightlifting and boxing start heading to nationals
Older Post
Brazil: Mayor stars in MMA fight with former councilor with whom he had a dispute | Video