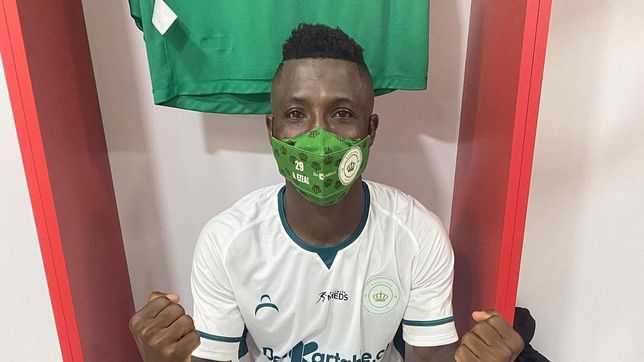 In 2019, Augustine Ezeali decided to leave his native Nigeria to pursue a dream: to develop as a professional footballer. A representative approac

In 2019, Augustine Ezeali decided to leave his native Nigeria to pursue a dream: to develop as a professional footballer. A representative approached him to Chile, specifically to Deportes La Serena, and thus he began the new route. The African arrived in our country after playing for MFM FC, Ekiti United and Mighty Jets, all teams from his country, in addition to gaining experience in the Sub 20 of the ‘Super Eagles’.

The path of the steering wheel in Chile, yes, was not easy. He first tried himself in La Serena and did not stay. Later he did the same in Barnechea and there he had managed to convince. However, in the end he could not be registered due to some problems. That is how he was later presented with another opportunity, in Rodelindo Román, and here he managed to have a fortune: in March of this year his arrival as a reinforcement was made official.

Today, at 23 years old, Ezeali is a figure with Rodelindo in the Second Division, where precisely Arturo Vidal’s team is one of the leaders with 10 points after four dates. “The team is doing well, prepared for the challenges ahead. We are focused and the management is also doing everything to make sure we achieve something great by moving up to B,” the Nigerian tells AS. 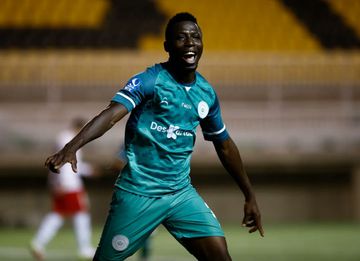 – And how do you feel about your level? He has two goals in four games…

– Happy. I’m doing very well and I’m glad I can perform in games, because this is a great opportunity to put myself at the forefront of Chilean football. I take every chance I see, very seriously, and I hope and believe that I will score more goals. I thank God for his grace and mercy with my career.

– As a result of his good performances in Rodelindo, Arturo Vidal has congratulated him and already follows him on Instagram. How does that support make you feel?

– He is an excellent player, who is known in the world. I think he saw my potential and he likes my game. He is also my mentor and I love his game very much. His support and encouragement is very important to me.

“Arturo Vidal encourages me and congratulates me on the victories and the goals. He asks me to keep it up.”

– What has spoken with Vidal?

– He encouraged me and congratulated me on the victories and the goals. He asks me to keep it up.

– I understand that he is only in Chile. How has it been for her to be away from his family?

– Very difficult. I miss my family a lot and life has not been easy for me, but I thank God for his word, since he has kept my spirit strong so I don’t give up. Ezeali (wearing number 13) was once part of the Nigeria Under 20. “It was a very good experience,” he told AS.

– And how are you doing with the language in our country?

– I hardly talk to people because of the language barrier.

– And how do you communicate with your teammates?

– It has not been easy, but I am trying to speak and they also try to speak in English. We are learning together.

“I have been struggling to support myself financially. It has not been easy”.

– He told me that his life has not been easy. Why?

– I say this because I have been struggling a lot to support myself financially, etc. I’ve been here without any help, so it hasn’t been easy.

– How have the Chileans treated you?

– In life there are good and bad people, so I’ve met good and bad, but you see… It was the good ones who took me to where I am today. May God bless them and, especially, our coach (Rodolfo Madrid), who opened the doors for me.

– What do you dream about in football?

– I dream of becoming a great footballer and playing for big clubs in Europe. 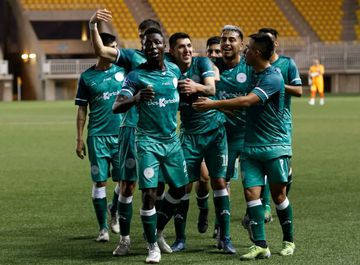 Augustine Ezeali is one of the figures of Rodelindo Román.

Loading...
Newer Post
Oscar Valdez, Sonoran boxer, falls and gives up the crown to Shakur Stevenson
Older Post
F1 | Laurent Rossi: “We are as frustrated as Alonso, he could go fourth”