Augusto: “I want to go up to MotoGP as Moto2 champion” 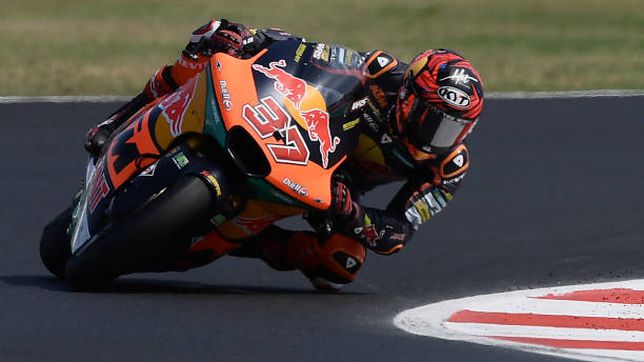 Augusto Fernández's face of happiness after the Misano GP Moto2 race, his return to the podium as third, after Alonso López and Arón Canet, and eve

Augusto Fernández’s face of happiness after the Misano GP Moto2 race, his return to the podium as third, after Alonso López and Arón Canet, and even more importantly, his return to the lead, now with four points advantage over Ogura.

-Back to leadership. What does that headline tell you?

(Smiles and her face lights up.) It is clear that it is better to be leading than trailing, but as I said before, when I took the lead, and I repeat now, there is still a long way to go, we are close and four points are nothing. On Saturday I was one point behind and now four ahead. He (Ogura) doesn’t fail either, because on a bad day he finished fifth. He is all very close and paints that it will be like that until the end.

-As a Spanish fan it is a luxury to see four Spaniards in the top four for the first time in a Moto2 race.

-True true. Amazing. Triplet plus one plus fourth.

-How was the race?

-Hard, hard, because it came from behind, ninth, and with high temperatures. The temperature of the front tire was hard and I had to read the race the whole time, with Vietti and Ogura crashing, this third is gold.

-Has the MotoGP theme distracted you in the last two races?

-No no no. At Silverstone I won and in Austria I was fifth.

-I speak of Austria and of here.

-No. In Austria I was fifth, but I knew I was going to struggle all weekend. It has not conditioned me.

-Can we say that you have closed your jump to MotoGP with KTM to get on the GasGas of Tech3? I know it is so.

-No, I’m not confirmed at all.

-I congratulate you on the jump, but seeing how other young riders in that team have fared, I don’t know whether to do it… Does the example of Remy Gardner and Raúl Fernández intimidate you?

-(Series). Oh yeah? Welcome will be if she arrives.

Scorpion EXO-R1 Air, the leading helmet in MotoGP and SBK
schedule and where to see the Portuguese Grand Prix race
Unquestionable victory for Bagnaia in the San Marino MotoGP
MOTOGP 820