Azerbaijan GP F1 2022: Vettel: “A gay driver would be welcome, he would eliminate prejudice, F1 is ready” 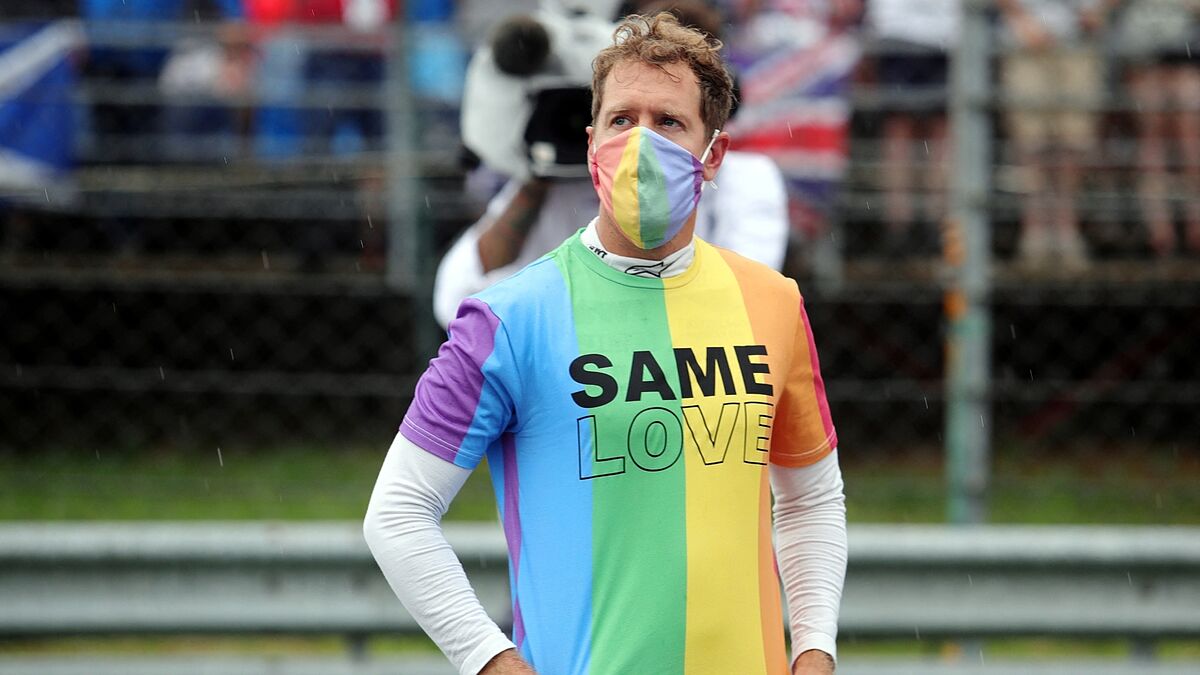 Sebastian Vettel lately he is standing out more for his statements than for his performance on the track. The four-time champion, let us not forget

Sebastian Vettel lately he is standing out more for his statements than for his performance on the track. The four-time champion, let us not forget, is the youngest driver to win a title(23 years and 134 days in 2010), has expressed his point of view in an interview with ‘Attitude’ about the possibility of homosexual racers on the F1 grid

Now that International LGBT Pride Day (June 28) arrives, ‘Seb’ has spoken openly about the matter. Now will a gay pilot be welcomed into the ‘Big Circus’? “Maybe that wouldn’t have been the case in the past, but now I think a gay F1 driver would be welcome, and rightly so.I feel like a gay runner would help speed up the elimination of prejudice and help push our sport in a better direction. F1 is a very popular sport all over the world. It relates to something that many people do every day on a basic level or, even if they don’t drive, at least encounter it regularly: driving, or being transported, in a car. Although driving itself is dynamic, I am sorry to say that some members of the driving community, if I may call it that, are very slow, almost static, when it comes to progress. However, progress is inevitable. Cars have changed and will continue to change, for the better. In fact, drivers have changed and will continue to change, again for the better. So I am hopeful and would therefore welcome a gay F1 driver. And, as I say, I believe and hope that our sport is ready for one.” Vettel has argued.

The Aston Martin believes that the situation has improved a lot in this regard. There is more tolerance. “I feel like the whole world has changed a lot. There have always been LGBTQ people in F1, but I can’t speak for them or say if they felt they had to hide or not. Certainly the fact that the world has opened up has helped them. to go out The situation is improving, and now you see some engineers and mechanics who feel able to be more open about it.” has confessed.

The one from Heppenheim assures that he has not been a direct witness to homophobia in sport. “Not directly, but I have been indirectly, I have heard people speak negatively about LGBTQ people and the LGBTQ community. Whenever I heard those things being said in the past, I always felt bad, but today I have more confidence to speak. Homophobia is prejudice, and prejudice is wrong. It really is as simple as that.”

Vettel adds that there have been members of the LGBTQ community who have approached him. “They have thanked me for supporting them. It is very touching. There are many lessons I have learned from them, but the most important thing is that they there is still a lot to do, a lot to improve and a lot of people to educate“, has sentenced the ‘5’.

Tags: Claro-MX/Engine/Formula-1
F1 2022: The good atmosphere that exists in Red Bull in Formula 1
F1 2022: This is the Formula 1 championship after the Australian Grand Prix: Checo Prez overtakes Verstappen
Emilia Romagna F1 GP 2022: Neither Mercedes advances to Q3 for the first time since 2012
FORMULA 1 1543

Loading...
Newer Post
NBA cheat or mistake?: One of the hoops in Boston was higher than allowed | Sports
Older Post
Member of the Canelo Team separates from the team and immediately asks for a fight against Deontay Wilder