Bad Bunny enjoys the first golf tournament of his foundation 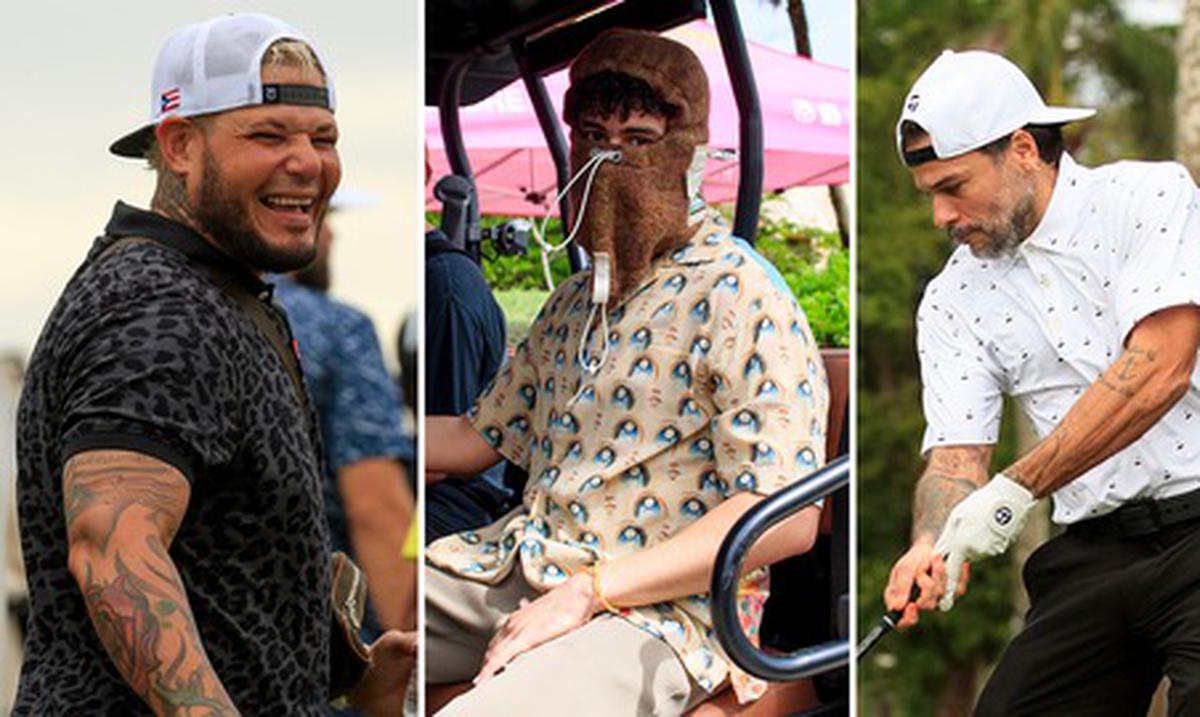 In an atmosphere of camaraderie, the first golf tournament of the RIMAS Foundation and Good Bunny took place today, the latter of the urban music s

In an atmosphere of camaraderie, the first golf tournament of the RIMAS Foundation and Good Bunny took place today, the latter of the urban music singer Bad Bunny.

From early in the morning, each of the players, which included artists, athletes and entrepreneurs, went to a room next to the clubhouse of the Dorado Beach East golf course to register. Each of the participants received a commemorative suitcase with the foundations logo.

“The Good Bunny Foundation is focused on art, sports and music. That is the main mission and the initiative arose to make a first golf tournament, to raise funds and see what the support of the brands, suppliers, suppliers, family, friends, athletes, other artists was ”, explained José Juan Torres Rodríguez, director of the Good Bunny Foundation. “As we can see, the people are super excited, super happy and super happy to be here.”

This golf tournament was held in conjunction with the RIMAS Foundation, whose approach is very similar to that of the Good Bunny Foundation. Rimas Entertainment is the record label under which Bad Bunny and other artists such as Eladio Carrión, Tommy Torres and El Gran Combo de Puerto Rico publish their productions.

Various artists and athletes donated memorabilia, which were then auctioned off among the tournament participants. Among these, an autographed bat by Iván Rodríguez and Fernando Tatís, Jr .; some boxing gloves signed by Miguel Cotto; a Santurce Cangrejeros t-shirt signed by José Juan Barea; a Spanish guitar signed by Tommy Torres; and a table with the platinum records received by the Oasis album, autographed by J Balvin.

Part of the funds raised by the activity will then go to different non-profit entities or organizations. “We at the Good Bunny Foundation are going to make the decision towards which other foundations or other causes that are strictly related to the arts, sports and music will those funds go,” explained Torres Rodríguez. “Currently, efforts are being made with ball parks, music studios and the purchase of instruments, to give an example of where we are putting our efforts,” he added.

Although he did not play golf, the singer, whose real name is Benito Martínez Ocasio, turned around the playing field where he greeted and thanked the participants for their support. Among the celebrities who were present, although he had never played golf was Pedro Capó, who shared a group with PJ Sin Suela, who did demonstrate his skills on the field.

“I am always ready to serve and support the causes that deserve it most, in addition to shaking hands with colleagues we love, who are always there saying present for ours,” explained the interpreter of “Calma”, who was dressed in a white polo shirt with plaid stripes and shorts. “Also, I’m here to have a good time and have fun. I know very little about golf, but I put on the pint to sell it at least ”, he commented between laughs.

As part of the tournament, two young Puerto Ricans, Derek Feliciano, 15 years old, and José Giovanny Santiago, 14 years old, were invited to play, who are currently emerging in local golf tournaments. “We learned that we have two future golf prospects in Puerto Rico and the RIMA Foundation also focuses on providing support to boys and girls in Puerto Rico who may think they do not have accessibility to certain sports,” said María Gabriela Velasco, executive director of the RIMAS Foundation. “When we hear that these two children have that possibility of emerging in the future, we want to support them and be able to give them exposure and see how we can further support them in their future games.”

At the end of the tournament, an awards ceremony was held, as well as a raffle with various prizes that included packages of golf clubs, wine baskets, portable speakers, beers, autographed baseballs and a video game console. among other objects.

For Bad Bunny, his foundation is a vehicle to contribute to the country, at the same time it allows him to give back all the blessings he has had in his life, as explained by Torres Rodríguez. “Bad Bunny is the main head of the Foundation, he is the one who puts the batteries to us so that we are here giving of our time to help in the main purpose and objective that we must give back all the blessings that he has received ”, added the lawyer.

The urban music singer is putting the final touches on his show “P FKN R”, which will take place on December 10 and 11 at the Hiram Bithorn Stadium in San Juan, before a full house. This afternoon, just hours after the music streaming giant Spotify announced that for the second year in a row he is the most listened to artist on its platform, it was announced that both functions of his concert at the Bithorn will be broadcast live at the Colosseum. from Puerto Rico in what they have called the “P FKN R The Ultimate Experience”.

Tags: Rafa fields, Yadier Molina, PJ Without Sole
Tiger Woods returns to golf to play with his son Charlie
Punta Mita Gourmet & Golf Classic, the tournament played in front of the Pacific
Why is LIV Golf controversial and what will be the penalties?
GOLF 967