Bagnaia leads the FP3 of the MotoGP Austrian GP 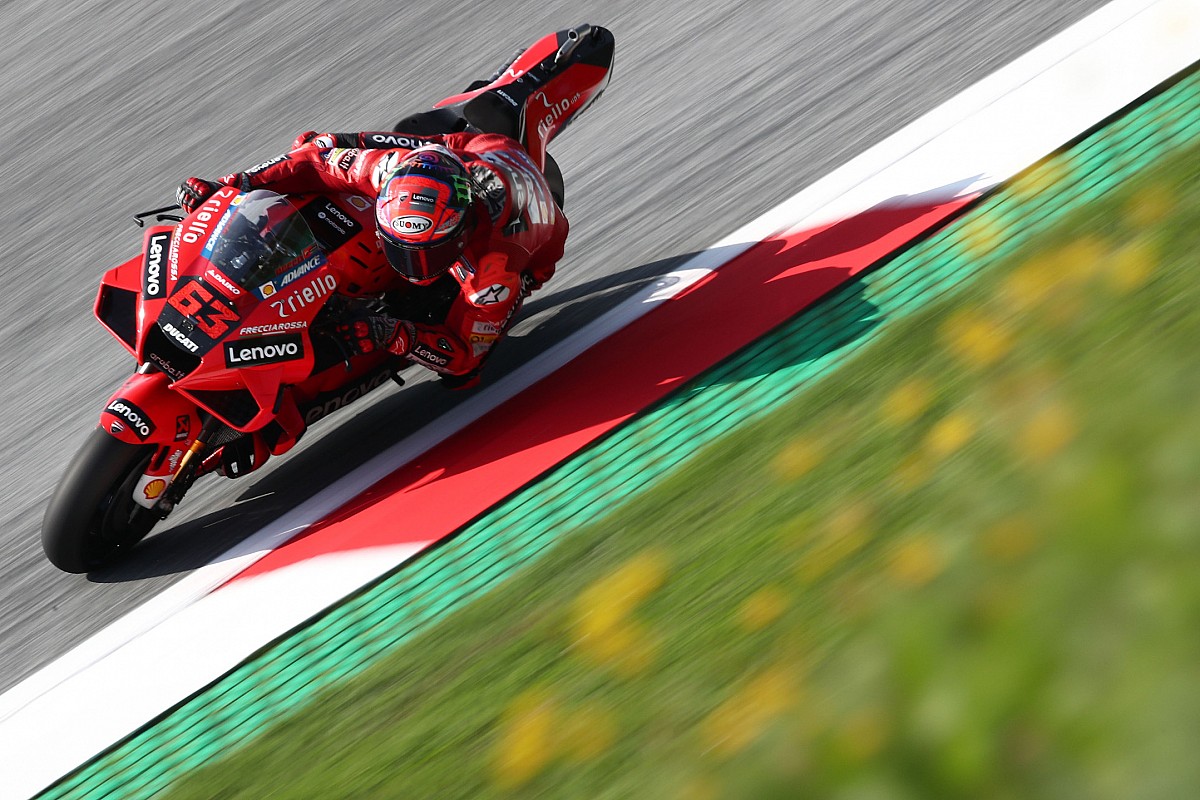 Bagnaia leads the FP3 of the MotoGP Austrian GP

The asphalt conditions and the rain that fell on Friday afternoon did not allow anyone to exceed the absolute record of Johann zarco, the only one in the top 10 who did not improve his time from the previous day.

Bagnaia was less than one tenth ahead of Fabio Quartararo, the leader of the general table, and in less than one and a half to the French of Pramac, which finished third thanks to one last twist in extremis.

Marc Márquez he got fourth, leaning on the slipstream that gave him Pol Espargaro, your partner in the Repsol Honda, while the fifth best spin went to Aleix Espargaró, less than three tenths of Bagnaia.

Jack Miller finished sixth, just ahead of Joan Mir (seventh), the current champion, and of Takaaki nakagami (eighth), while Brad binder (ninth) and Pol Espargaro (10th) closed the top 10, of which Alex Rins stayed out by a single thousandth.

You must also go through the first screen of the timed Jorge Martin, which last Sunday debuted its MotoGP win list after accumulating its second pole position in the category of heavy motorcycles. Pramac’s runner crashed in the last attempt he made, a circumstance that left him 14th, one position ahead of Valentino rossi (15º).

They go directly to Q2:

MotoGP: Mir and Rins honor Schwantz and Hayden in their helmets
MotoGP | Mir: “Before, not even catching a slipstream were we equal to the Ducati”
What will Valentino Rossi do while MotoGP races in Argentina?
MOTOGP 546

Loading...
Newer Post
Castaño and Charlo end with a controversial decision in San Antonio
Older Post
MotoGP | Quartararo: “I am my biggest rival in the fight for the title”