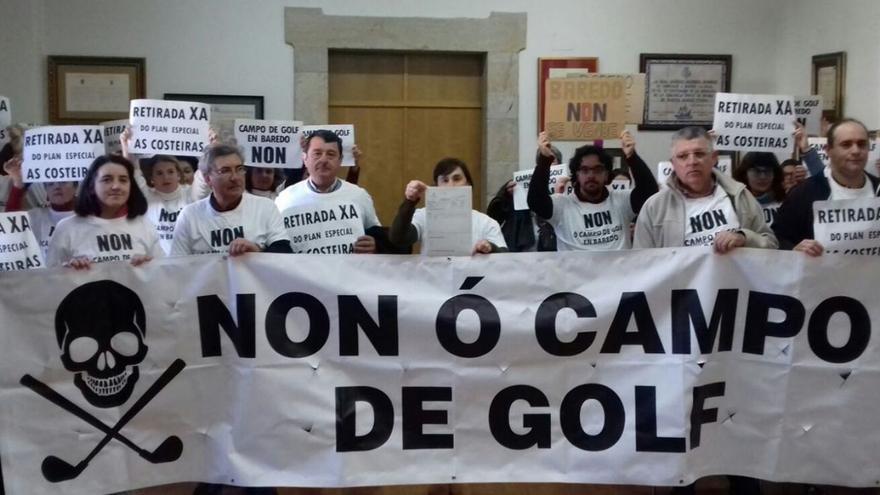 Four years were completed in February since the previous municipal government of Baiona renounced the development of the controversial Baredo golf course and it will be today when the first firm step is taken to make it disappear from planning. The Municipal Corporation will approve extraordinary plenary session convened at 1:00 p.m. the punctual modification number 2 of the General Plan of Municipal Planning, (PXOM), which includes the withdrawal of the Special Plan for Endowments and Infrastructures As Costeirasthe project of 350,000 square meters and 18 holes that put the neighbors on a war footing in 2017.

The procedure marks the beginning of an urban process that will take place against the clock. and it is that they remain only eight months until the strategic environmental assessment expires issued by the Xunta in March 2019 with a four-year margin. If this modification of the PXOM is not definitively approved before the end of the term, the procedures will have to be started again, so that the administrations involved would have to issue all their reports again. 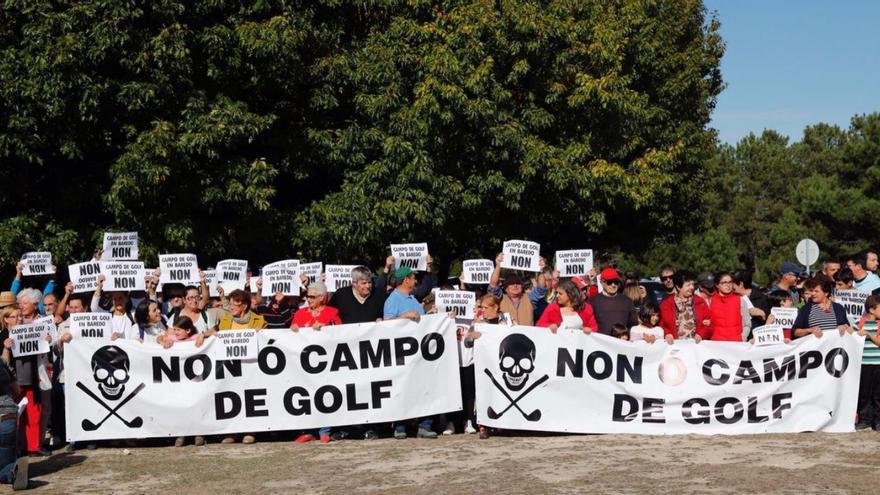 Four years without being able to forget the golf course

The mayor, Carlos Gómez Prado, considers that “there is plenty of time” for everything to be ready in March. As soon as the official bulletins publish the initial approval of today’s urban change, a period of two months of public exposure will be opened for citizens to present the allegations they deem appropriate. Later, the municipal technicians must answer them and correct the document if necessary, which will return to the plenary debate for prior approval. It will be then when it is raised to the Xunta so that it gives the definitive approval. The councilor assures that “from the Concello we will comply with all the deadlines so that other administrations give time to face it too”.

The residents, who have been fighting for five years so that the golf course disappears once and for all from planning so that no other local government can recover it, are not so clear. “A uncertainty segue moi present in Baredo,” says Cristina Giráldez, his spokesperson. They are fed up with delays and can’t believe that this time the municipal government is going to comply. “We have been meeting every month with the government for years and they always give us the long haul,” she recalls. Six months ago they gave the mayor an ultimatum and called him to an assembly in the parish. “He said that everything would be ready in May and we are in August,” she says.

The councilor of Urbanism resigns for labor reasons

The Councilor for Urbanism, Commerce and Market, Víctor Muñoz Encinas, will say goodbye today to the Corporation. He has presented his resignation for work reasons and today he will cease from his positions in the City Council. An architect by profession, number 6 on the PSOE list for the latest municipal elections leaves politics nine months from the next. He has been transferred to Madrid, for which he considers it “very complicated” to maintain the management of his departments so many kilometers away, he explained yesterday. Muñoz reconciled political management with professional activity and left “with great sadness” because “I would have liked to see from the inside the development of some projects, see the completion of works that we are going to start”, but he hopes that “the fruits of The seeds we have planted. It will be a very fruitful end of the year and beginning of the next for Baiona”, he points out. In his place will enter the Andrea Pérez González Corporation, the next in the candidacy, although it is still not clear who will assume its areas of government, according to the mayor reported yesterday.