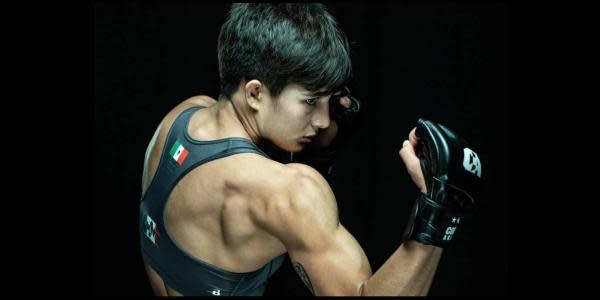 Once again Baja Californians stand out in sports, after Brandon Moreno from Tijuana was crowned UFC champion for the second time, 23-year-old fighter Yazmín Jauregui and current resident of the border city of Tijuana Playas will have her long-awaited debut.
It will be next Saturday, August 13 at 4:00 p.m. at the Pechanga Arena in San Diego when he faces the 20-year-old Brazilian Iasmin Lucindo, who has a longer record in the weight division in which they will fight. .
Jauregui commented in an interview for the UFC that she was born in the state of Guadalajara, but that at the age of 3 she went to live in Playas de Rosarito. According to her words, it was at the age of 15 that she realized that she wanted to dedicate herself to mixed martial arts, for which she went to live in the city of Tijuana.
“Brandon Moreno was a fighter who has been working with us for many years and seeing everything he has done makes us more thirsty for victory and to think that we are doing things well." commented.

It should be noted that tickets for this fight night can be purchased for between $70 dollars and up to $1,000 dollars depending on the venue chosen. Another noteworthy thing is that Baja California will have one more representative besides Yazmín.
In the lightweight category, Gabriel, known as “Moggly” Benítez, will seek victory after losing two fights in his last two appearances. The 34-year-old is originally from the city of Tijuana and will fight against American Charlie Ontiveros.
So Baja Californians have two reasons not to miss out on the Ultimate Fighting Championship. It’s important to note that Jauregui has won in all eight of his professional appearances, racking up six finals and coming off back-to-back first-round knockout victories.

VIDEO: Tijuana champion of the UFC