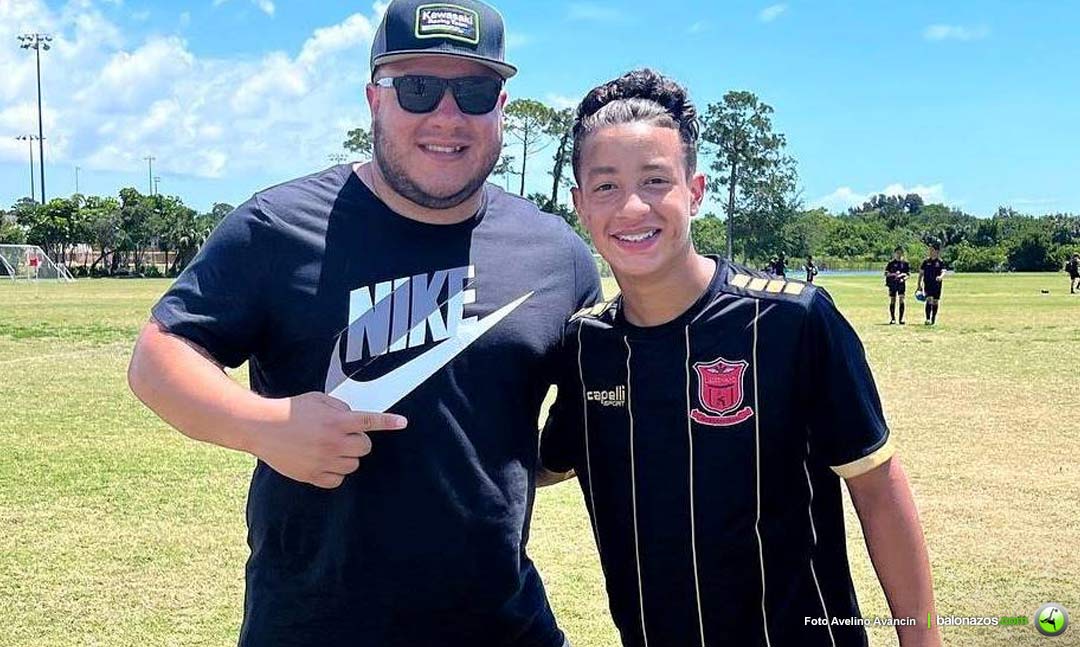 Avelino Avancin.- Great talent and potential has been showing the young Carlos Cadet (son) in the Inter-Academies soccer of the United States. The striker stands out for his technique and great ability to define. The llanero dazzles with his goals, he already has eight in twelve games. He is a great teacher when it comes to motivating his teammates, since he has always liked to win the “Welsh Express”, as the team’s fans have baptized him.

His father Carlos “Chuly” Cadet expresses his pride in the progress of his pupil in Orlando-Florida, where he plays for the Legazworld FC club in the U-14 category. The attacker is the cousin of the national futsal team scorer, Alfredo “Chávela” Vidal, one of his great advisers, as well as his first coaches Santiago Pérez, José Corrales and Ángel Preval.

His coach is Darnel Wright, who defines him as a very complete player and at just 13 years old, he was already promoted to the Pre-University team. “He has class, character and is competitive. It will surely go a long way. He works hard during trainings”, The North American coach has said, as well as the specialist Junior “Alcaraván” Torres, who was a neighbor of Carlitos.

Loading...
Newer Post
“I would have run over him”: the boxing legend who was compared to Floyd Mayweather
Older Post
Elderly woman dies in golf course pond