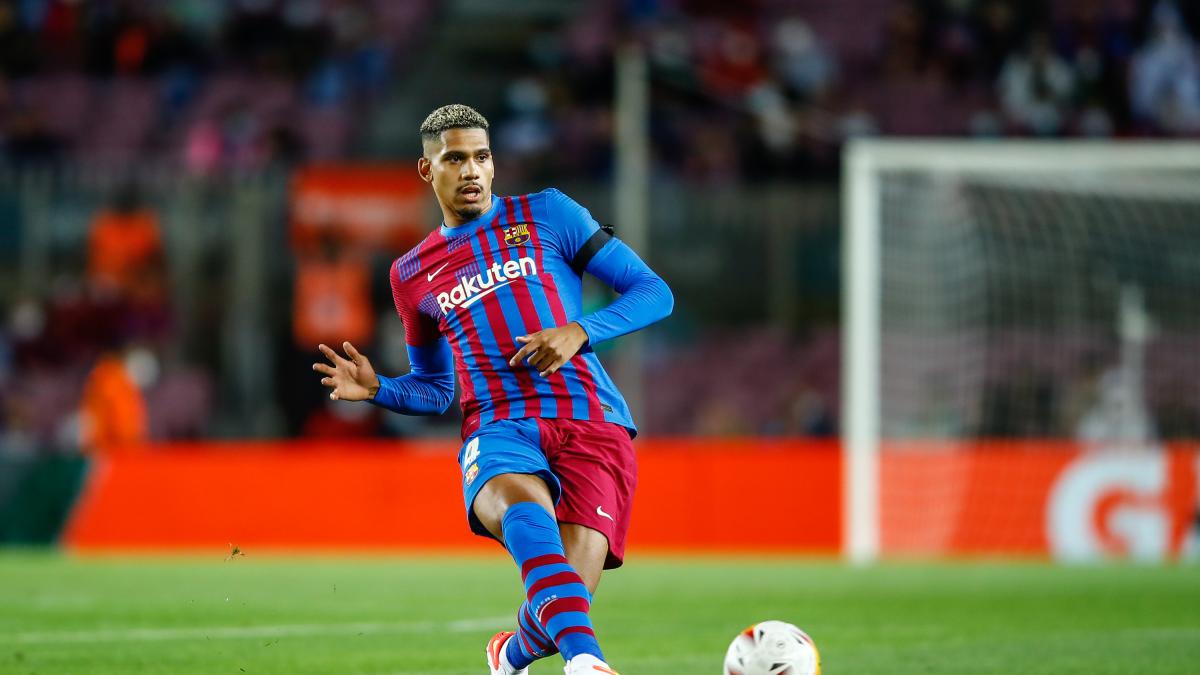 Koeman’s Barça continues his particular
Way of the Cross and it does not go beyond the draw against a Granada fighter.

Who did it have to be? Ronald Araujo, who had been trying the whole game, tied the game by finishing off an excellent cross from Gavi from the penalty spot.

Araujo was on the ground protesting a penalty when several visiting players have come to recriminate him. Then Eric Garcia has come to separate and the Uruguayan has ended up facing several rivals.

Perfect center of Memphis and Luuk De Jong, totally alone in the small area, sends the ball over the goal of a Maximiano who does not believe it …

The Dutch striker doesn’t even know where to look.

It is the central Abram, who suffers from muscular discomfort.

The VAR orders the game to resume.

It will be launched by Memphis Depay.

Dangerous cross by Frenkie De Jong that the Granada defense clears … Memphis catches the rebound, but his shot from the edge of the small area goes high!

Good ball from Demir for the Dutchman, but Depay’s first shot is blocked by Carlos Neva and the second gently reaches the hands of the Granada goalkeeper.

The Uruguayan central defender of Barcelona wins again in the jump, although he continues without a prize.

Luuk De Jong was already licking his lips inside the area.

The Granada returning to generate danger taking advantage of the stopped ball.

However, at the moment none of them have served to connect with any partner.

The Dutchman did not hit the ball …

Later, Robert Moreno’s team has been diluted until finishing the first 45 minutes asking for the time.

The players of both teams go to the changing room, except for Piqué and Quini who remain protesting to the referees.

A good offensive play by Koeman’s men ends in a deflected shot by Sergio Busquets.

Great center of Memphis, Araujo appears as a real freight train, but the good shot of the Uruguayan center-back is sent by Maximiano to a corner with a great stretch.

The Granada midfielder caught a dead ball in the culé area, and his shot was stopped by the German goalkeeper with a beautiful stretch.

Ronald Koeman takes a lady whistled for this substitution.

It seems that some player on Barcelona’s defensive line has physical problems.

For now, the scorer gets up and seems to be following the game.

Now it is the Barcelona side who makes the Venezuelan winger of Granada suffer.

Jaime Latre decides to stop the game and the Camp Nou protests angrily.

At the moment, Koeman’s team is unable to create danger.

Corner served by Coutinho, the ball drops dead to Roberto at the penalty spot … And the Reus midfielder’s shot hits the left post of Granada’s goal.

Darwin Machís again beats Sergiño Dest in the one on one, but Jorge Molina is not able to connect well with a shot and the ball went high, brushing the crossbar of Ter Stegen’s goal.

But Jaime Latre says that it is clear to him … We will see if the VAR intervenes.

The Brazilian has fallen into a dispute with Monchu in the area.

First arrival of the match and first away goal!

Sergio Escudero collects a rebound in the area, overflows Busquets before putting a measured cross to the far post that Domingos Duarte pushes into the net.

On the one hand, Robert Moreno was Luis Enrique’s assistant during the Asturian’s stage at the head of the Camp Nou bench, while ‘Monchu’ was the captain of the subsidiary until two years ago, after having completed a large part of his training stage in La Masia and even having debuted with the first team.

The Austrian has already played minutes with Barcelona this season, but had not yet done so as a starter.

She is an 18-year-old left-back (born in 2003) who stands out for her great speed, a characteristic that allows her to correct well in defense and deploy with power in attack.

This time the Bonanova center-back will start the game on the bench. Remember that the defender reappeared in the Champions League after dragging some annoyances.

Buenas tardes! And welcome to live coverage of the match between Barcelona and Granada, corresponding to matchday 5 of LaLiga Santander.

After falling in the Champions League against Bayern Munich by a resounding 0-3, Ronald Koeman’s men need to improve their image against a Granada that has not yet won in this competition.