Barcelona – Real Madrid | The 15 most important classics of world football 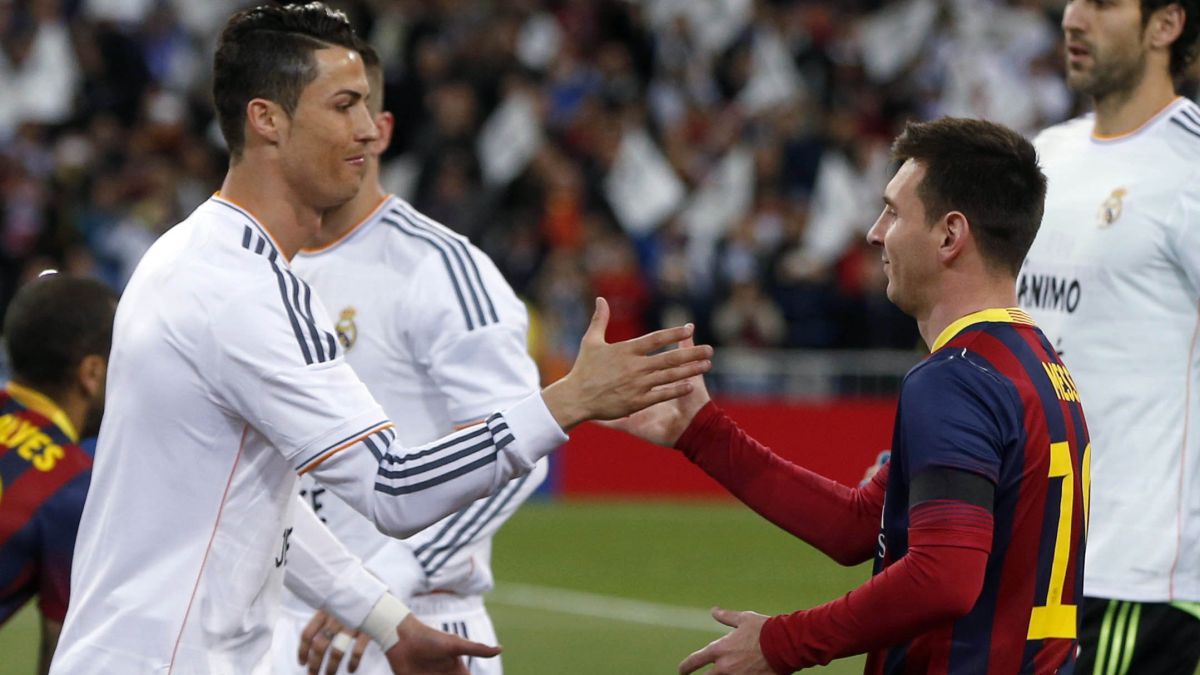 "Football is not a matter of life and death, it is much more than that"said Bill Shankly. And nothing like a Classic to find the maximum exponent

Barcelona – Real Madrid | The 15 most important classics of world football

“Football is not a matter of life and death, it is much more than that”said Bill Shankly. And nothing like a Classic to find the maximum exponent of the sentence. Some are derbies, others simply battles for the national throne. They are not normal matches. As soon as the whistle blows, rankings are forgotten. From there, only feelings matter. Friends turned enemies and families that untie ties for 90 minutes.

This Sunday (16:15 hours) takes place the, perhaps, confrontation with capital letters of the planet football, a Barcelona-Real Madrid , and few better excuses to make a review of the most important classics in the world. In AS we chose 15 and, trying not to show more than two per country and in no special order, remember, there are all that are, but not all that are.

The classic. Not even outside our borders the name is changed, only the accent and pronunciation. It is one of the sporting events of the year and the images it has given away are countless. Have clashed in 245 times, with 98 victories for Madrid, 95 for Barça and 52 draws. An equality above states of form.

First was the Classic of the Dock, then he Classic of the Classics and the journalist Juan José Lujambio gave him the definitive baptism: the Super classic. The nickname speaks for itself. A rivalry that germinated to be born in the same neighborhood of Buenos Aires: La Boca. River left, but the enmity still lingers. 256 matches: 89 wins for Boca, 84 for River and 83 draws. The fiercest rivalry?

Here there is much more than football. The Old Firm Derby it is a clash between Protestants, Rangers, and Catholics, Celtic. Like a good derby, they divide Glasgow and even Scotland. But their rivalry is one of the most hostile, with religion and politics as a backdrop. 426 games, with 167 victories for Rangers, 159 for Celtic and 100 draws.

The Derby d’Italia which is not a derby, since they are separated by 142.5 kilometers, the distance from Turin to Milan. However, the deep rivalry between the two led the journalist Gianni Brera to coin the term in 1967. The Vecchia Signora, more honored, also clearly governs personal duel: 110 victories, by 72 of the neroazurri and 59 draws that complete the 241 total confrontations.

With Der klassiker we have something special, because it was not until the 90s, when Dortmund began to show their heads in the elite, when they reached the category of big game (before Werder Bremen was Bayern’s biggest rival). Since then, the rivalry grows year after year, although the inequality in direct confrontations is still evident: 62 victories for the Munich team, 33 for the Borussians and 33 draws (128 games).

In Mexico it is known as The Classic of Classics and we are talking about the two most successful teams in the country. At the end of the 50s and the 60s the rivalry was born, which grows around the eternal duel between the provincial team, Chivas de Guadalajara, against that of the capital, America in Mexico City. The struggle for national preponderance has led to an equal duel that dominate the capital from 88 to 77, with 78 draws (243 crashes).

Just 56 kilometers separate Manchester from Liverpool and make this duel the North West England Derby. Much more ingrained the rivalry than the real derbies against Everton and City for a simple matter of history. They are the most successful teams in the United Kingdom, although the dominance of both has gone for ages. The Red Devils dominate the 207 total matches with 81 victories, for the 68 of the reds and 58 draws.

The late birth of PSG (1970) makes it a more modern French football classic. Although it began to appear in the 90s, in recent years, with Parisians turned into world power, petrodollars through, antipathy and tensions in Le Classique have been empowered. The only French teams with a European title: Champions League for Olympique (1993) and Recopa for PSG (1996). 100 games with 45 victories for Parisians, 33 for Marseille and 22 draws.

Although the youngest of the place are called more by Ajax-PSV, Feyenood is the historical rival of the ajacied. The only Dutch teams to have been club world champions. Yet another case of working class (Feyenoord) against upper class (Ajax). In this case, in Amsterdam the rivalry with an iron fist rules: 90 wins to 59 for the Rotterdamer and 48 draws.

The Gathering of the Nations or The People’s Classic, as it is commonly known. Corinthians against Flamengo, or what is the same, São Paulo against Rio de Janeiro. The two teams with the most fans in Brazil have had a terribly even fight since they met for the first time in 1918: 56 victories for him Fla, 53 for the Timão and 30 ties.

Other Super classic, in this case of Uruguayan soccer and Montevideo. The oldest of all if we take the CURCC as the precursor of Peñarol: the first match was played in 1900 and both teams share the majority of the country’s leagues. El Nacional originated as a Creole team, unlike the aforementioned CURCC of English immigrants. 548 matches, with 190 wins for Peñarol / CURCC, 180 for Nacional and 178 draws.

Lisbon against Porto, another fight between the two most important cities of a country. Or Classic It wasn’t until the 1980s, when dragons began to grow nonstop. Before, Benfica and Sporting were the most successful. Now, the eagles are nationally, while Porto is internationally. 97 wins for Porto, 88 for Lisbon and 62 draws (247 games).

If El Clásico is lived more outside our borders, the Madrid derby moves more sentimentality among meringues and mattress fans. This game needs no introduction and, although the dominance is clearly Madridista (149 victories for 71 rojiblancas, with 69 draws, in 289 games)In recent years with Cholo the dynamics have been equalized.

Milan is the only city with two champions of the maximum continental competition in Europe. Reason enough for the Derby della Madonnina be one of the classics with more rivalry. Originally, Milan fans were considered the proletariat and Inter bourgeois, a distinction that has become obsolete over time. As in the case of Portugal, Milan dominate internationally, while Inter does so in Serie A. 228 games: 84 Neroazurri wins, 77 Rossoneri and 67 draws.

We already said that England’s historic match was not this, but in recent years, with the arrival of Sheik Mansour at City, interest has grown. Originally, the relationship between fans was good, but the clash between citizens and Red Devils has become a worldwide event. United have the history, City the recent titles. 77 wins for those from the Trafford neighborhood, 55 for those from Etihad and 53 draws.

This is how the historical table of Argentine football remains: Boca, River and clubs with more official titles
Barcelona would be interested in signing two Manchester City players
Liverpool: goals, summary and result of the Champions League match
FOOTBALL 3180

Loading...
Newer Post
companies, goods and a collection of luxury cars
Older Post
NBA: Ben Simmons meets with the Sixers today in search of a way out of his situation