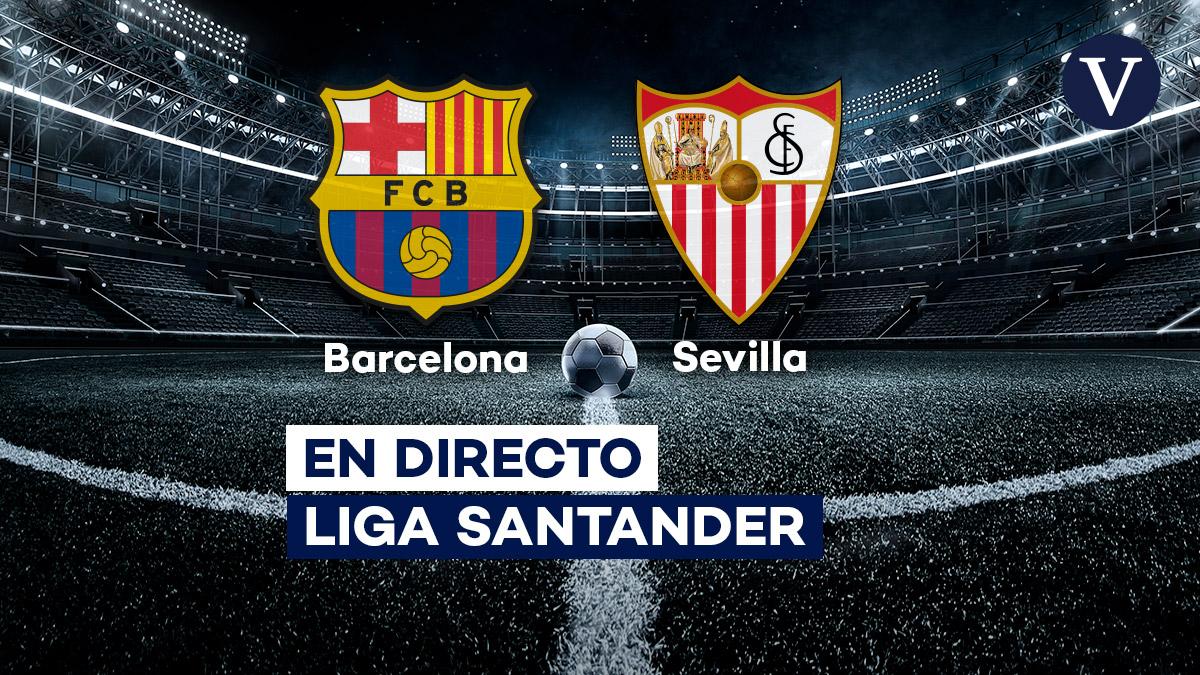 Good diagonal from the Valencian striker, but his threaded shot from the vertex of the area did not find a goal.

Good diagonal from the Valencian striker, but his threaded shot from the vertex of the area did not find a goal.

The meeting resumes with the midfielder already on the field.

The duel can be seen on Movistar La Liga, a channel that is part of the Movistar+ platform.

The Croatian will be reunited with what was his hobby for a few years in which he won a Champions League, 4 Leagues and 4 Copas del Rey, among other titles.

The deal includes the fronts of the men’s and women’s first team shirts, the training clothes for both and the ‘title rights’ of the Camp Nou.

In the first telematic assembly in the club’s history, the agreement reached by Joan Laporta’s board of directors with the Swedish music streaming company has been ratified and Spotify will appear from July 1, 2022 as a sponsor of the five assets that are part of this alliance.

“Due to its magnitude, it is the most important sponsorship agreement that the club has signed in its history,” Laporta pointed out in front of the delegates.

The figures of the contract have not been made public, but all the information indicates that it will be 70 million euros per year in total for all the assets, counting the variables. Of these 70 million, 60 will be for the front of the shirts, 5 for training clothes and another 5 for the ‘title rights’ of the Camp Nou.

🔎 The collegiate José Luis González González, from the Castilla and León committee, will be in the VAR.

According to the Seville team’s coach, the Barça team “is winning games by playing well and with very good performances”.

Lopetegui stressed that “the difficulty” of visiting the Camp Nou increases “due to the rival’s moment”, although Barcelona’s euphoria “motivates and generates enthusiasm” because it does not give up “the ambition of overcoming a great rival in its stadium” that , during the season, “has evolved a lot, even in names”.

The Basque coach considered that Xavi Hernández directs “one of the best squads in the world”, which has been formed thanks to “the signings and the progression of the players that were there”, which makes it “in a very positive dynamic”.

The Terrassa coach admitted that Sevilla “are not at their best in this game” after chaining three consecutive draws in LaLiga Santander and having been eliminated from the Europa League.

However, Xavi assured that Julen Lopetegui’s men are “a strong team, with a coach that I admire and a club that I respect and that has worked very well in recent years.”

Finally, the coach of the Barça team highlighted that, at the Bernabéu, where last day they thrashed Real Madrid (0-4), “the team showed that it can compete with anyone”.

Despite arriving touched from his participation with Morocco, Bono will be in goal at the Camp Nou.

Araujo, who played the last match as a winger, will return today to the center of defense together with Piqué.

For his part, Julen Lopetegui will not be able to count on Thomas Delaney, Fernando Reges, who had an ankle operation this week in Porto and will be out until next season, Papu Gómez, Marcos Acuña and Suso Fernández.

In addition, the goalkeeper Yassine Bono arrives injured after suffering a severe blow to the head with Morocco that even made him be admitted to a hospital.

For its part, Sevilla seeks to defend its second position in the table and in turn keep pace with Real Madrid in the fight for the title.

Good afternoon! Welcome to the live coverage of the duel between Barcelona and Sevilla, corresponding to matchday 30 of La Liga Santander.

Xavi Hernández’s team is looking for a new victory to storm the third place in the standings, currently occupied by Sevilla, and continue to keep the pressure on the leader of the competition, Real Madrid.