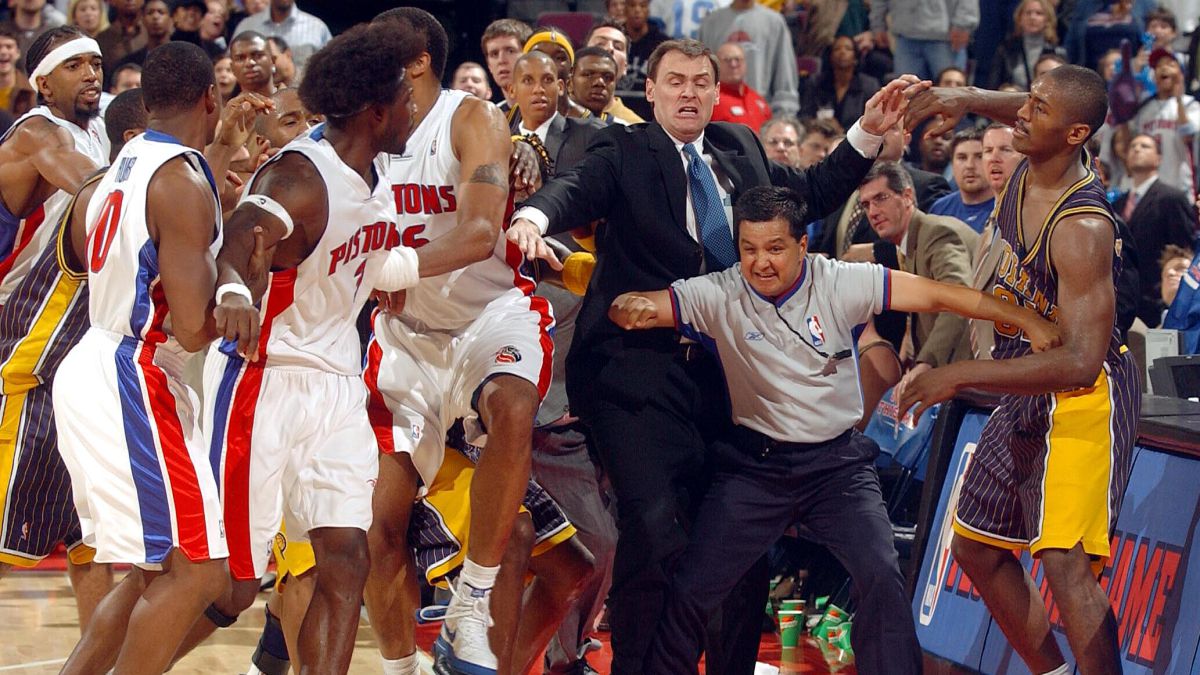 The incident between Lakers and Pistons, caused by an altercation between LeBron James and Isiah Stewart, continues to give much to talk about in

The incident between Lakers and Pistons, caused by an altercation between LeBron James and Isiah Stewart, continues to give much to talk about in the NBA. It is disappointing to see elite players getting involved in such altercations, especially if they involve legends with an impeccable career like LeBron James, who suffered his second dismissal in 19 seasons as a professional on Sunday. Despite the bulky punch and eye gap of the Pistons player, said fight will not be remembered as much as others that were in the past. Let’s review the five worst.

The fight originated after Laimbeer put the ball in Mahorn’s face after hitting the basket. The Sixers player was already being separated when his teammate, Charles Barkley, decided to punch Bill, which caused a fight involving the two teams.. As a curious fact, Barkley, after having been carried with difficulties to the locker room, charged his fury against a toilet which, obviously, he broke.

This fight is unique since is the only one in this compilation that occurred in the NBA Finals. Ralph Sampson had the idea to go after Jerry Sichting, who was much smaller than him, and punch him in the middle of a play. Perhaps out of frustration, since it was very difficult for him or his Rockets team to beat the 1986 Celtics. A couple of days later the Celtics won their 16th championship and the Rockets went home empty handed..

Once again, emotions run wild in a playoff game and a fight ensues. The most remarkable thing about this fight is that spread to the first two rows of the stands and landed right in front of David Stern, the NBA commissioner at that time. When the play in progress stopped, JoJo English and Derek Harper started a fight in the midfield and that would end above the public. English had one game penalty and Harper two.

A remarkable fight, since one of those involved, Carmelo Anthony, who played for the Denver Nuggets, would become, five years later, a player for the New York Knicks. The dispute started with a tough foul on JR Smith. This one got involved in a fight that ended on top of the cameras. As a finishing touch, Carmelo Anthony punched one of the Knicks players hard, although he then ran away so as not to receive him. David Stern handed out a 15-game suspension.

This was without a doubt one of the greatest sporting moments of the last decade. It began with a push from Ben Wallace to Ron Astest, which would eventually spill over into an altercation between players, members of the two teams, and the public. A fight like this has never been seen in sport before.

The two teams were coming off a heated playoff series between them. The Pacers featured Ron Artest, Stephen Jackson and Jermaine O’Neal, and the Pistons featured Rasheed Wallace and Ben Wallace. Combine that with a crowd of Detroit fans and you get a recipe for disaster. We will never see something like this again in the NBA.

NBA: Kobe Bryant’s latest milestone: earn 400 million with a high-risk investment
NBA: What else does MVP Nikola Jokic have to do to get noticed?
NBA: End of the ban on Kyrie Irving for not wanting to get vaccinated? New York City Mayor Gives Nets Hope
NBA 780