BASKETBALL – Al Horford in the NBA Finals: Let him sit in the Dominican Republic! 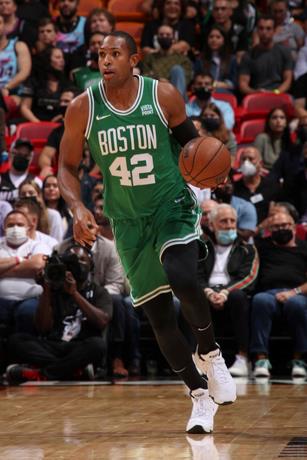 Al Horford, who with the classification of the Boston Celtics for the NBA Finals will be the first Dominican in opting for the rin

Al Horford, who with the classification of the Boston Celtics for the NBA Finals will be the first Dominican in opting for the ring in the history of the league, he stressed this Sunday his enormous emotion and highlighted the support that he has received from all his compatriots.

“Let the Republic sit down. This is a celebration”he said in Spanish to the media at the end of the game against the Miami Heat.

“I am very grateful and very excited. We are here in Miami, very close to the Dominican Republic. I know that my family is happy and that the whole country was watching the game. They sent me photos, they were prepared for this,” he added in English.

At 35 years old and after 15 seasons in the NBA, Horford is playing at a very high level and has been fundamental in the great season of the Celtics, who this Sunday beat the Heat in Miami in the seventh game of the Eastern final ( 96-100) and that they will face the Golden State Warriors for the NBA title.

Horford added 5 points, 14 rebounds and 3 assists in this game and was key in two decisive plays: he defended the triple missed by Jimmy Butler to have culminated the Heat’s comeback and also grabbed the rebound on the last play of the game.

“It was nerve-wracking. Butler shot and anything could have happened, he could have made that shot,” he admitted at the time.

END TO THE DROUGHT

With his ticket to dispute the ringHorford closes at 141 the number of playoff games who had played in the NBA without having played in the Finals, a figure that represents a historical record in the league.

Horford noted that he has been a part of “great teams” throughout his career, but emphasized the specialness of these Celtics led by Jayson Tatum, Jaylen Brown and Marcus Smart.

“I am very proud of this team. I’ve seen Jaylen Brown come into the league, take steps and go through levels. I’ve seen Jayson Tatum do the same thing. I’ve seen Marcus Smart grow up. For me, it’s special to be with them and be able to help them and be a part of it. I’m really grateful to be in this position,” he said.

The Celtics, with Ime Udoka in his first season as Boston coach, began with many doubts and closed January with a discreet balance of 27 wins and 25 losses.

However, from there they became a hurricane that swept the NBA, going 24-6 their last 30 games, and they were second in the East with a balance of 51-31.

“It took us a while,” Horford admitted.

“But once we understood how we had to play, we were more consistent. It’s not an easy ride and we had a tough road: the Brooklyn Nets; the reigning champions, the Milwaukee Bucks; and the Miami Heat,” he said, noting the “resilience “from Boston.

This was a night of mixed emotions for Horford since his grandfather recently passed awaywith whom he had a very close relationship.

“All this week, my mother and my family were telling me to just go out and play, that’s something my grandfather would have wanted me to do, to continue and to stay focused knowing that now he is at peace,” he said.

Finally, his partner Jaylen Brown, who appeared before the media with Horford, spared no compliments for his partner.

“Nobody deserves this more than him” Brown said of Horford.