BASKETBALL – Jean Montero and his innovative way to reach the NBA 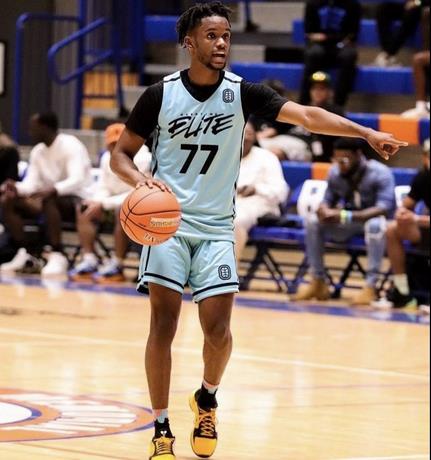 Walker Jean Montero is making his way by walking towards NBA basketball. While most of the Dominicans who have stepped on the

Walker Jean Montero is making his way by walking towards NBA basketball.

While most of the Dominicans who have stepped on the league court have done so after exhausting the ladder procedure -high school, university, draw and selection-, the young basketball player has chosen another path.

After an experience in the 2019-20 and 2020-21 seasons with Gran Canaria B in the LEB Plata of Spain, the portent signed with the new Overtime Elite, a professional league based in the city of Atlanta and offered as a springboard for the top league in the world.

Already Montero, known in the FIBA ​​basketball world for his successful forays with the country’s youth teams, is among the top 20 in the projections for the next NBA draft.

For example, nbcsports.com in their projected draft puts him 17th, but depending on his performances and other prospects he could move up and be a lottery pick (top 14).

His report highlights that he is very advanced both in his skills and in the way he thinks about the game. He is a good shooter, is not selfish on the ball and excels at moving plays and improvising.

On the other side of the coin, it’s noted that at 6-2 and 172 pounds, he’s haunted by the stigma of lack of size and little physical advantage for the NBA.

Still, he is lauded for his leadership, his shooting from beyond the three-point arc, his intelligence on the ball and his progress in the half-court game.

His projection is to become a point guard for the team’s second unit. His nature is to be a scorer, but that’s not a problem in modern basketball.

Loading...
Newer Post
Controversial statements by Bob Arum about women’s boxing
Older Post
These Nike Air Max 90 are perfect for this spring, to play golf or to go on a picnic