Baskonia character for the NBA 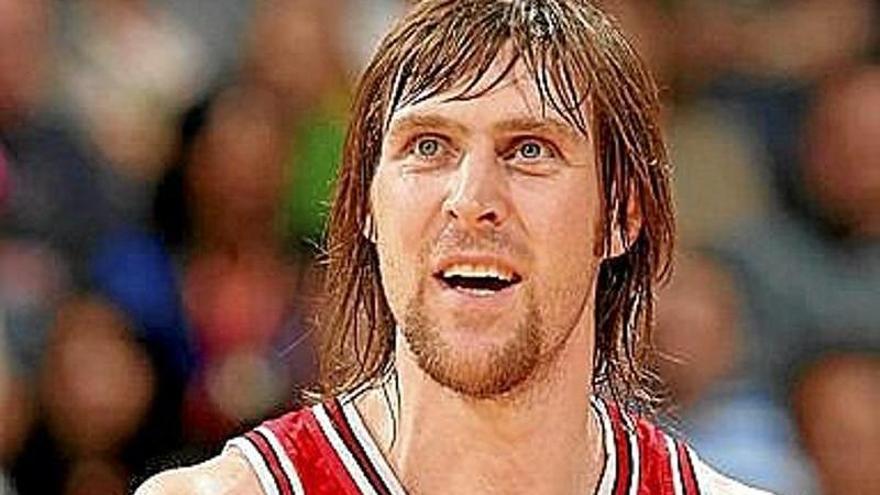 The NBA has once again cast its nets in the Barça fishing ground. The American League resorts again to the Zurbano factory to fi

Baskonia character for the NBA

The NBA has once again cast its nets in the Barça fishing ground. The American League resorts again to the Zurbano factory to fish for a new talent. Another one. And it is that Simone Fontecchio after the transfer of him to the Utah Jazz has been the last, but before him there have been many others. In fact, the transalpine is the twelfth player to jump the pond from Baskonia to the American competition.

Polished diamonds in the Buesa Arena that have shone later in the best League in the World. The team from Gasteiz has proven once again to be a perfect springboard to reach the NBA. The Barça showcase is a magnet for American franchises. These are nourished by players with character, hunger and a lot of talent who, after passing through Baskonia, have shown signs of being amply prepared to fight face to face in the best league in the world.

With Fontecchio there are twelve players who have used the launch ramp that Baskonia represents to land in the NBA. The list of illustrious began with the landing of Chapu Nocioni in the Bulls in 2004. Three million then left the departure of the Argentine to the Chicago team. This summer, Utah Jazz will pay one to get the Italian’s services. At least, despite losing a huge player, the club continues to make money and once again makes clear its good eye when it comes to signing.

An aim that has later been used by a good part of the franchises of the best league in the world. And it is that up to 10 teams in the American league have fished for talent and character in the Zurbano factory.

Even the offices of the Buesa Arena have been approached by historical figures such as the New York Kniks and the San Antonio Spurs on two occasions. Those from the Big Apple recruited a veteran like Pablo Prigioni from the Barça team ten years ago and three years ago they took on another Albiceleste point guard, in this case Luca Vildoza, who would not make his debut at Madison Square Garden due to an inopportune injury. For its part, the Texan team took over the services of the Brazilian Tiago Splitter in 2010, who would win the championship ring four years later, and the Latvian Davis Bertans in 2016.

Along with these two squads and the aforementioned Bulls, who were the ones who paved the way, the Toronto Raptors, New Orleans Hornets, Houston Rockets, Phoenix Suns, Brooklyn Nets, Boston Celtics and this summer the Utah Jazz have also fished in the Barça fishing ground. . Almost nothing.

10 franchises, 12 players and 18 years. That could be the summary of this long history between the NBA and Baskonia, Baskonia and the NBA. It all started back in the distant summer of 2004. When everyone took it for granted that the first Baskonia player to cross the pond would be Luis Scola, he was surprised to see how the Bulls paid Chapu Nocioni’s three million clause, becoming the highest sum received by the people of Alava when selling a player to the NBA. The forward from Santa Fé spent three years at Baskonia, in which he would win a league and two Cups, before landing in the United States.

Arvydas Macijaukas needed one year less as a Barça player before being recruited by New Orleans. The lethal Baltic shooter, who recorded maximums of up to 40 points in the ACB, was the second Baskonia player to reach the NBA in 2005. It was with more sorrow than glory that he played for the Hornets, with whom he would only play 19 games before returning to Europe with Olympiacos, where he hung up his boots after four seasons in which he had constant setbacks with injuries.

‘Mache’ and Calderón the same year

That summer of 2005, the Lithuanian forward was not the only one from the Barça squad that would cross the pond. José Manuel Calderón, after three seasons in the first team, was also packing his bags after being recruited by the Toronto Raptors, where he became the fourth Spaniard to debut in the North American league. His career in the competition was much broader and more successful than that of Macijauskas, reaching a whopping 895 games between the seven different franchises in which he played over 15 years.

Two years later Luis Scola would finally fulfill his dream of claiming in the NBA after having been knocking on doors on multiple occasions and always staying very close. The Argentine was shining for eight years with Baskonia before being transferred in 2007 to the Houston Rockets. Phoenix Suns, Indiana, Toronto and Brooklyn were the next steps in his career in the NBA until the 2016-17 academic year. In total, he played 743 games, averaging 12 points and 6.7 rebounds per game.

After the aforementioned Splitter in 2010, in 2011 it was the turn of Goran Dragic, who would sign for the Phoenix Suns. In 2012, there was another notorious departure, that of Mirza Teletovic. The Bosnian was saying goodbye to Vitoria after six successful seasons, in which he won two leagues. The transfer of the sniper from Mostar to the Brooklyn Nets would leave nearly two million euros in the coffers of the Buesa Arena.

For whom he would not receive any income is for Prigioni, who would also leave the club that summer of 2012 for the Knicks. The Argentine, who after a long career in Europe would sign with Madison at the age of 35, spent three seasons in the Big Apple, where he showed off his seniority before playing for the Houston Rockets and Los Angeles Clippers, his last team before retire at Baskonia and start his coaching career.

Four years had to wait to see a new jump from Baskonia to the NBA. On that occasion it was the aforementioned Davis Bertans, who after two seasons in Gasteiz, joined the Spurs in 2016. The Latvian forward used his lethal shot to land in the NBA, where he is making a career. And it is that after three seasons in the Texan franchise, he later continued in the Washington Wizards, from where he has left this season for the Mavericks. Six courses in which he has brought out his rifle. The 39.8% on success from the triple confirms it.

Poirier, the next on the list, also spent two years with Baskonia before signing with the Boston Celtics in the summer of 2019. The Frenchman would soon return to the ACB after the discreet role signed with the club franchise. Vildoza, now in the Bucks, was the next to arrive in 2021 after his transfer to the Knicks, with whom he did not make his debut and this summer Simone Fontecchio closes the list for the moment.

Tags: character, Baskonia
Anthony Edwards was the first pick of the NBA Rising Stars Challenge
NBA PlayOffs 2022: Ja Morant jumps over an opponent in an anti-gravity dunk for history: How much does the new NBA star jump?
Heat take two-game lead by beating 76ers at home
NBA 3181