Bathed in gold, Astrid Xochicale stands out in boxing 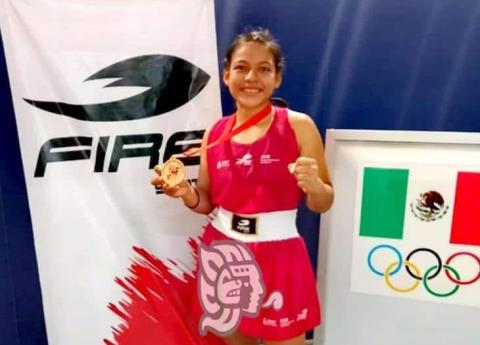 Dominates his division at the National Olympic Festival

Emily Astrid Xochicale Francisco of the municipality of Zongolicagave Veracruz a gold medal in the National Olympic Boxing Festival 2022where the state representation won a total of eight medals.

The competition took place at the facilities of the Mexican Olympic Committee in Mexico City, where the people of Veracruz won one gold, two silvers and five bronzes.

The boxer from Zongolica obtained her first golden medal in 2019 in Women’s Children in the 46-kilogram division in the event held in Oaxtepec, Morelos.

The second gold metal he won was in 2021 in the Women’s Junior up to 57 kilograms at the Guadalajara, Jalisco headquarters, which highlights the great work of his coach José de Jesús Romo Velasco.

These are the 5 best fights in boxing history, according to TIME
In the future, Fabricio Werdum will focus 100 percent on boxing
Is it possible to legally bet on boxing?
BOXING 3173