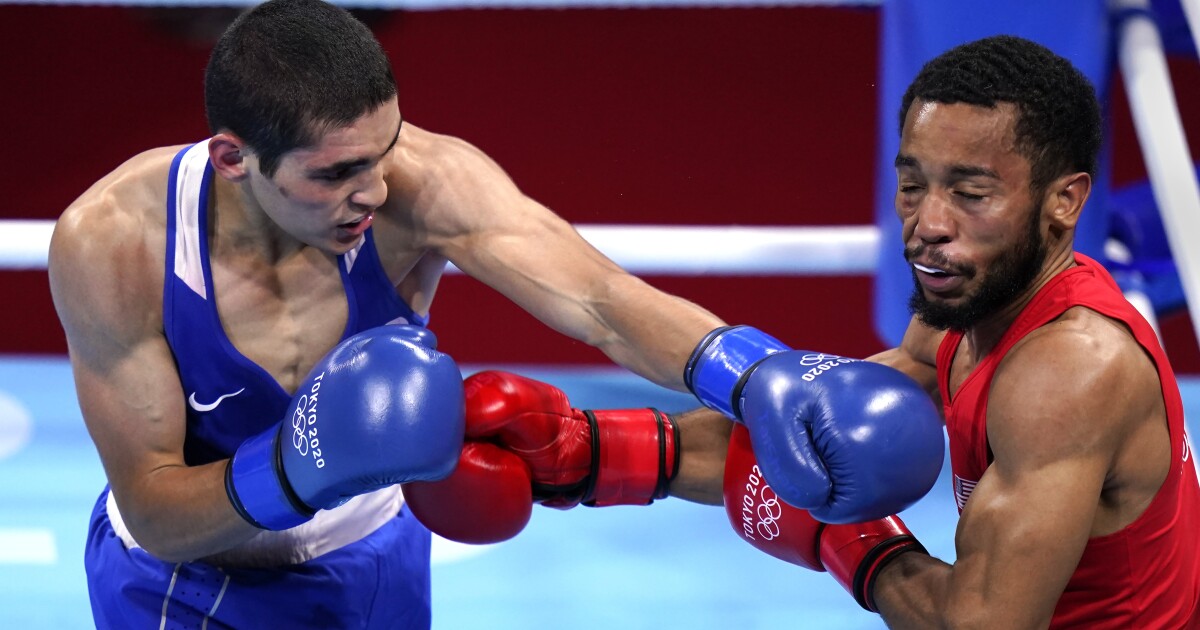 Albert Batyrgaziev became the first professional boxer to win an Olympic gold medal on Thursday. The 23-year-old Russian became champion of the featherweight division by defeating Duke Ragan, another professional.

And while Batyrgaziev knows that he made history and both fighters entrenched their bonuses in professionalism, he opined that the distinction between professional and Olympic boxing is dim – and will be further blurred.

Batyrgaziev and American Ragan were the first two professionals to meet in an Olympic final at the Kokugikan Arena. Batyrgaziev, 3-0 in the professional league, won 3-2 with a strategy more typical of Olympic boxing than the style of his rival.

Batyrgaziev, who was a Dagestan kickboxing champion in his teens, harassed Ragan from the opening bell. He dominated the first round with his aggressiveness and increased punching volume – the two factors that often persuade amateur boxing judges.

It wasn’t until the midpoint of the three-round bout that Ragan was plugged in. Undefeated 4-0 as a professional, he is a fighter who prefers to counterpunch.

Ragan learned that he would be attending the Games in June, when the special commission overseeing the Olympic competition completed the qualification process. He is the 12th American medalist in feathers, and it will not change his career at all.

It is also clear to him that he has helped his Top Rank promoters land a new poster that will stand by his name for the rest of his career: Duke Ragan, an Olympic silver medalist.

“I’m done,” Ragan said. “It was a blessing to compete here. I am happy to be a professional. A little more experience, although I didn’t get the belt. But all good ”.

Professionals have been able to compete in the last two Games. Of three professionals who disappointed in Rio de Janeiro, 40 arrived in Tokyo. They have not been able to dominate either. In fact, the most hardened were eliminated without medals.

Weekend already: set up your pool and compare it with ours
Why does boxing celebrate the National Holidays with great functions?
La Jornada – International boxing, reality check for Mexicans: Esmeralda Moreno
BOXING 4156