Bayer Leverkusen is the new RB Leipzig. This could be summarized the passage of aspirin throughout the tournament that ends this Saturday, and of

Bayer Leverkusen is the new RB Leipzig. This could be summarized the passage of aspirin throughout the tournament that ends this Saturday, and of which the club was one of the most interesting.

That Bayern Munich is champion for the tenth time in a row was to be expected, and also that a Borussia Dortmund armed with a new coach and one of the best strikers in the world: Erling Haaland followed in his footsteps as vice-champion.

In any of their uniforms, Bayer Leverkusen looked like a winning team.

But that it was Bayer Leverkusen, and not former runners-up RB Leipzig, who remained in the rankings, few saw it coming.

The aspirins reach the last day already classified to the Champions League, and reinforced with the endowment of millions of euros that this implies. 78 goals for and 46 against speak of one of the best coefficients in the entire Bundesliga. In their ranks they also have the second top scorer in the championship: the Czech Patrik Schick, whose performance exploded in this tournament and will end up surpassing, unless something of biblical proportions happens on matchday 34, Haaland himself.

The only thing that has stood between Bayer Leverkusen and greater success has been the team itself. The club has lost fewer games than its runners-up in the table, Dortmund and Leipzig. But he has dropped points at key moments. On matchday 4 they lost precisely to Dortmund 4-3, in one of the best matches of the entire tournament. 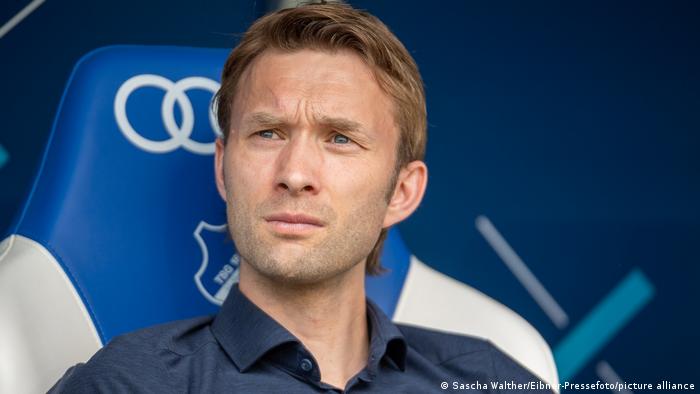 This year, Simon Rolfes took over the sporting management of Bayer Leverkusen from Rudi Völler.

Especially painful was the 5-1 defeat against Bayern Munich on matchday 8. Totally unnecessary was the setback against Wolfsburg on matchday 10, as well as the 5-2 against Frankfurt on matchday 15. And to end the examples, Leverkusen lost against Mainz, already in the second round.

The lack of perseverance was the element that prevented the club from aspiring to a vice-championship, from which they arrived five points away on the last day.

And it is true that the shadow of the market is already looming over the club, pending some of its players. Above all, the diabolical attacker Moussa Diaby has advanced that he wants new challenges. And about Schick there has been a lot of speculation, even in the direction of Bayern Munich. 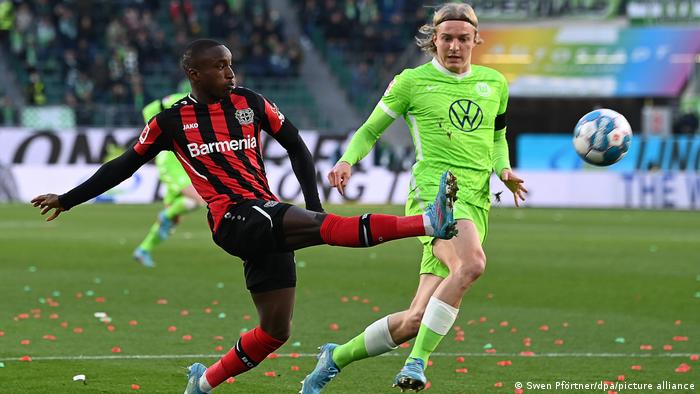 Moussa Diaby (left) was a nightmare for opposing defenders.

But Bayer Leverkusen has both Schick (2025) and the team’s other great star tied up for the long term: Florian Wirtz, with a contract until 2026. The millions from the Champions League, and those from possible transfers like Paulinho’s, seem like enough to cover any market onslaught.

Closure in Germany, party in Mexico

The truth is that Bayer Leverkusen will finish the tournament in third place, something that not everyone counted on inside and outside the club. After the game against Freiburg, which will not change the aspirin situation at all, they will undertake a six-day trip to Mexico. Armed with almost all their stars, they will face Deportivo Toluca at the Nemesio Díez stadium.

The trip is part of the celebrations for the centenary of the presence of the Bayer pharmaceutical and chemical consortium in Mexican lands. A few weeks later, the women’s team will also travel to the Azteca Stadium against its pair from Club América.

This will end an exceptional year for Bayer Leverkusen, but one that left room to wait for more. That has been precisely the historical stamp of the club: a power that has brought important moments and figures to the Bundesliga, but that, with only one German Cup title and one UEFA League in its entire history, has not been able to fulfill those great expectations.