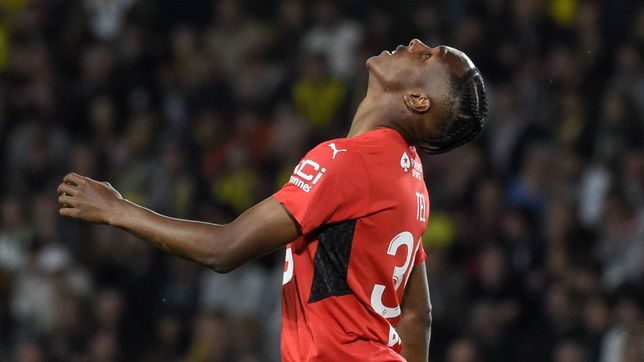 The sports management of Bayern Munich does not stop convincing footballers of their project for the 22/23 season. After incorporating Sadio Mané,

The sports management of Bayern Munich does not stop convincing footballers of their project for the 22/23 season. After incorporating Sadio Mané, Ryan Gravenberch, Noussair Mazraoui and Matthijs de Ligt, the latter in the absence of official status, the Bundesliga champion’s sports area has set its sights on one of the jewels of French football: Mathys Tel, striker for Stade Rennes of only 17 years for which Bayern would be preparing an offer between 20 and 25 million euros.

After closing the signing of De Ligt, sporting director Hasan Salihamidzic and Marco Neppe, head of the scouting department, headed to the French city to hold a first round of negotiations with the Ligue 1 club. As soon as they returned to Munich on Tuesday, Salihamidzic was quoted as follows in TZ: “It’s not going to work that fast. We had a conversation.”

However, from German media they point out that the Tel operation could end up closing this week. The footballer himself would welcome taking the next steps in his promising career at the Allianz Arena, hence the agreement between Tel and Bayern would be complete. His family is also of the opinion that the Bavarian club is the best destination, so all that remains to be done is to satisfy Rennes’ claims to get a player who has already played a total of 10 games with the first team.

Paraguay: Barros Schelotto summoned Argentine soccer players
‘Chelito’ Delgado on Rayados: “At the moment of reaching the final and consecrating himself in the Club World Cup”
“As a football lover, I wouldn’t doubt it”: the Sanhedrin’s argument for not giving Benzema the Ballon d’Or | The spar
FOOTBALL 3176