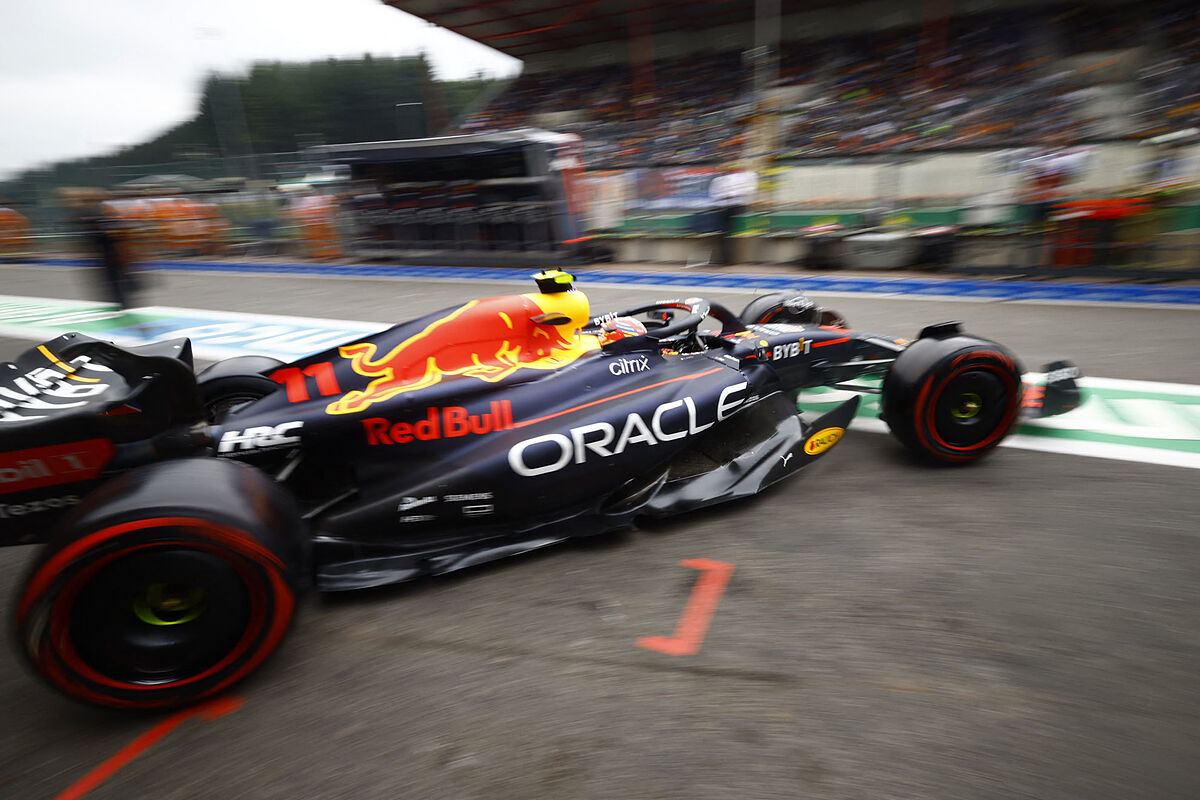 ANDn a qualy where everything was uncertain and there are seven pilots penalized for Sunday, the Mexican Sergio 'Checo' Prez tried until the end bu

ANDn a qualy where everything was uncertain and there are seven pilots penalized for Sunday, the Mexican Sergio ‘Checo’ Prez tried until the end but could not beat Carlos Sainz and had to start second in the Belgian Grand Prix.

The great challenge for the Mexican this Saturday was to be above the time of the Spanish Carlos Sainz, Well, both Max Verstappen and Charles Leclerc have been penalized and will start from the bottom of the grid.

Even though I try until my last breath, Checo was not enough to overtake Ferrari, although a good start in the race could launch him into first place.

The second starting line will have the presence of world champions, since Fernando Alonso will start third and Lewis Hamilton will do so from fourth place.

The drivers who made changes to their cars and who have been penalized for this Sunday are Leclerc, Verstappen, Norris, Ocon, Zhou, Schumacher and Bottas.

The Spa-Francorchamps circuit always It has been characterized by allowing good overtaking, so the emotions in the race are assured with Verstappen and Leclerc starting 15th and 16th, trying to climb as soon as possible.

This is the starting grid for the Belgian GP